Brighton café can sell drinks but they must come from Argentina

A new café in Brighton has been granted a licence to serve alcohol but the drinks must be Argentine. 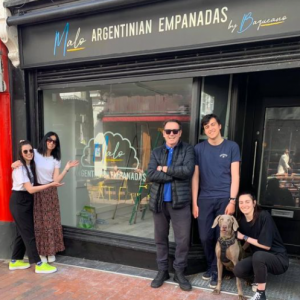 The licence was granted to Malo, in Duke Street, a new venue operated by the family who own the Baqueano steak house, in Western Road, Brighton.

The eaterie, in the premises previously occupied by Hotel Chocolat, will specialise in Argentinian empanadas, likened by some to a Cornish pasty.

The owners wanted to stay open until 11pm but Sussex Police and Brighton and Hove City Council licensing officials objected. The venue will be expected to close at 10pm.

Drinks may only be served with food to customers seated at tables – and takeaway customers must have ordered food.

The conditions were set after a council licensing panel hearing which was held more than a fortnight ago.

The panel said: “As a café operating until 10pm and with limited off-sales, many of the objections to the application fall away.”

It said that Malo was the type of premises recognised in the council’s licensing policy as unlikely to add to the drink-related problems with crime and disorder in the centre of Brighton.

The panel added: “The off-sales have been restricted to Argentinian wines and beers, with food.”

The three councillors who made up the panel felt that the conditions enabled them to grant a licence in area where tougher rules tended to restrict the licensing of new premises.