A suspected stalker is being hunted by police in Brighton and today (Tuesday 27 July) Sussex Police issued a picture of the man they are looking for. 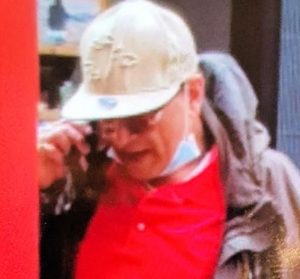 The force said: “Police in Brighton want to identify and trace this man, suspected of recent stalking offences against a woman in the city centre.

“He is described as being of Indian or mixed race appearance, in his forties or fifties, about 5ft 8in, of medium build and wearing glasses.”

PC Lucy Arnall said: “We want to interview him about allegations of stalking a woman on several occasions this year.