Brighton and Hove NHS worker sentenced for having child pornography

An NHS worker from Brighton and Hove has been given a suspended prison sentence after being found with child pornography on his mobile phone and laptop. 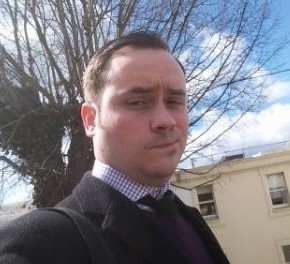 The court was told that police raided Samuel’s old flat, in Middle Street Brighton, after they received information indicating that illegal images had been downloaded at the address.

Samuel, who was working as an education and training systems expert for Sussex Partnership NHS Foundation Trust, in Hove, was also registered as a sex offender.

He was made the subject of a sexual harm prevention order after pleading guilty to five counts of having a range of pornographic pictures, including video.

The dozens of pictures included not only children but images involving a horse and, separately, necrophilia – and a well-known but unnamed child performer.

Mark Seymour, prosecuting, said that Samuel, who moved to Brighton from Portugal five years ago, said that he had not realised that the images were illegal in Britain.

Samuel said that they had all been readily available and were not prohibited in Portugal.

Jenna Dolan, defending, said that he had received the messages as a member of a WhatsApp group but he had not sent or forwarded any of them.

She said that members of the group sent material which was meant to be humorous although she said that it was “misguided and disgusting”.

He had not “saved” images, she said, but they had been automatically downloaded whenever he turned on his phone or laptop although he had appeared to create folders for some of the pictures.

Since Samuel’s arrest, she added, he had lost his job with the NHS and now worked in factory jobs for the minimum wage.

In addition to imposing a suspended prison sentence, Judge Arnold ordered Samuel to carry out 60 hours of unpaid work over 12 months.

She also ordered him to undergo 27 sessions of a Horizon sex offenders treatment programme and 15 days of rehabilitation activity.

The judge ordered that Samuel’s laptop and phone be destroyed and that he pay £500 towards the prosecution costs.