There haven’t been too many memorable days for Sussex supporters this summer but they had one at Hove on Thursday (12 August).

The final Royal London Cup game had little riding on it. Sussex couldn’t qualify and opponents Middlesex needed to win and three other results to go their way.

But on a sunny afternoon, a crowd of around 2,000 saw more than 650 runs and a thrilling finale, with Sussex squeezing home by three runs.

Earlier in the day, skipper Tom Haines and then Ben Brown both scored their maiden one-day hundreds.

Brown admitted afterwards that he found it tough when he lost the captaincy after five years last month.

To judge by the standing ovation afforded him when he reached his century, a lot of Sussex supporters are hugely sympathetic towards a player who is very much one of their own.

He bears no ill toward Haines, one of his closest friends in the dressing room, and they seemed to enjoy celebrating the other’s century as much as their own.

Brown was left out of the first two Royal London Cup games but when he came back into the team Haines leant on his experience along with some of the other senior players like Travis Head, Will Beer and David Wiese.

He needed to too, with 10 of the players making their one-day debut in the competition, including Haines himself.

After nearly 35 years reporting on Sussex cricket, I guess nothing should surprise me any more. But the decision to end Brown’s spell in charge was not something I saw coming and, to judge by his comments after Thursday’s game, neither did Brown.

We all know professional cricket is a results-driven business and in the past couple of years Brown’s teams haven’t had many opportunities to belt out their victory anthem Sussex by the Sea in the dressing room, with just one Championship win in a covid-curtailed 2020 and one more in ten games this season.

The T20 side is almost a completely separate entity and Brown rarely plays in that format. But at times in the past couple of years, Brown must have felt he had one hand tied behind his back.

What didn’t help him this season was that his senior players have failed to perform consistently.

Stiaan van Zyl made a hundred against Glamorgan in April but averages 24.82 while the Australian Travis Head’s highest score in red ball cricket is 49, although he has played well in the Royal London Cup and enjoys passing on his experience to the youngsters. 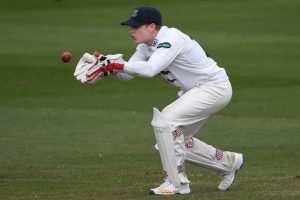 Brown remains under contract to the county for another couple of years and there was no suggestion when he spoke for the first time about the difficult weeks since his demotion that he sees his future elsewhere.

“I love playing for Sussex. It’s a privilege to play for my home county and nothing has changed in that regard,” he said.

“We are in the process of rebuilding and I hope days like Thursday show just what an exciting young group we have. We just have to mix that with senior players doing well.”

If the rumour mill is to be believed, there could be some high-profile departures this summer. Chris Jordan has been linked with a move to one of the London counties and Phil Salt, currently playing for Manchester Originals in The Hundred, apparently interesting Lancashire. With Mitch Claydon retiring as well, it could be an interesting winter.

A decision on who will lead the side in the four Championship matches starting at the end of the month has yet to be made. Haines has done his case no harm but it is asking too much of a 22-year-old to both captain the side and open the batting? He described the last few weeks as “tough”. One alternative might be to give Head a shot at the role. 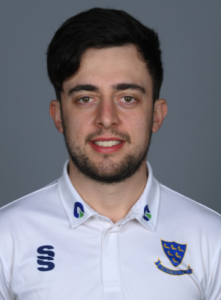 Sussex supporters are not, by nature, a mutinous lot but you don’t have to be one of the greybeards in the deckchairs to remember 1997 when the departure of five capped players sparked a rebellion that led to the downfall of an unpopular regime.

Most critics these days prefer to vent their spleen on social media but the members’ forum at the end of the season might be a bit livelier than usual and chief executive Rob Andrew and director of cricket Keith Greenfield will doubtless be asked to explain what the long-term plan is.

Nearly all the Sussex supporters I speak to acknowledge it is important to give young players their opportunity, otherwise what’s the point in spending thousands of pounds on an Academy system?

But has the balance tilted too far? There is a lot of young talent at Hove, the best crop of youngsters I’ve seen there since the late 1980s.

Whether they all develop into solid first-class cricketers over the next three to four years remains to be seen, but if they do Sussex could have a team to rival Chris Adams’ all-conquering side.

They will, though, need a core of older heads like Brown to help their development.