Seagulls midfielder moves from one Albion to another

Brighton and Hove Albion have loaned midfielder Jayson Molumby to West Bromwich Albion for the rest of the season. 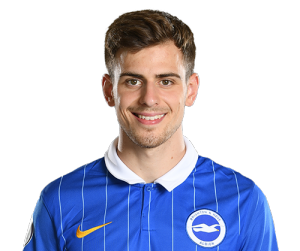 The loan spell is expected to lead to a permanent move to the Baggies for the 22-year-old Irish international.

Brighton said: “Jayson Molumby has joined Championship pacesetters West Bromwich Albion on loan for the season, with a view to a permanent move for undisclosed terms.

“The midfielder, named in the Republic of Ireland’s squad for their World Cup qualifiers against Portugal, Azerbaijan and Serbia earlier this week, will link up with Albion defender Matt Clarke, who is also on loan at the Hawthorns.”

Head coach Graham Potter said: “Jayson did really well during his previous loans in the Championship with Preston North End and Millwall.

“And he is at the stage where he has had that taste of senior football and is keen to be playing regularly.

“It’s a really good move for him. West Brom have made a strong start to the league season and are keen to get back to the Premier League and there is the opportunity to play regularly and potentially seal a permanent move to the club.

“He is a great professional, and he has some terrific attributes. We will be monitoring his progress and development this season and we wish him well for the season ahead.”

Waterford-born Molumby joined Albion in 2015 and has featured for the club in the Carabao Cup and EFL Trophy.

But the bulk of his senior appearances have come in the Championship for Millwall and Preston.