An Uber delivery driver has been from the road for 17 months after failing a breath test in Brighton. 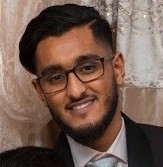 He was charged with drink driving after a reading indicated that he 60 micrograms of alcohol in 100 millilitres of his breath. The legal limit is 35 micrograms.

Brighton Magistrates’ Court was told that Husain, a former Hove Park School student, was caught at the wheel of a silver Ford Fiesta.

He pleaded guilty on Thursday 5 August and the court banned him from driving for 17 months and fined him £375.

Husain, now a trainee lab analyst at Tersus Consultancy in Shoreham, was also ordered to pay prosecution costs of £85 and a £38 victim surcharge, making £498 in total.

Another delivery driver has also been banned after being caught over the limit at the wheel of a two-year-old black Volkswagen Polo.

Waza Mutambirwa, 26, of Flint Way, Peacehaven, was arrested on the A23 at Handcross, also on Sunday 4 July.

He was charged with driving with 55 micrograms of alcohol in 100 millilitres of his breath, Sussex Police said.

At Crawley Magistrates’ Court on Monday 19 July, he was banned from driving for three years.

In Southwick, a woman in a gold Renault Megane spat at police after she was arrested for being more than twice the drink-drive limit.

She ended up with a 17-month driving ban and being ordered to pay £409 in total.

Sussex Police said: “Officers were on patrol on the A270 Old Shoreham Road, Southwick, at around 11.56pm on Friday 2 July when they spotted a Renault Megane being driven with two deflated tyres.

“They signalled for the vehicle to stop and the driver – identified as Tracey Coles, 47, unemployed, of Kingsland Close, Shoreham – was required to take a roadside breath test, which she failed.

“She was arrested, at which point she became aggressive and used a number of expletives directed towards the two arresting officers.

“While handcuffed, she spat at one of the officers, narrowly missing his face.

“She was subsequently charged with assaulting an emergency worker and driving with 75 micrograms of alcohol per 100 millilitres of breath.

“At Brighton Magistrates’ Court on Thursday 5 August, she was disqualified from driving for 17 months. She was also ordered to pay a £240 fine, £85 costs, a £34 victim surcharge and £50 compensation to the officer.”