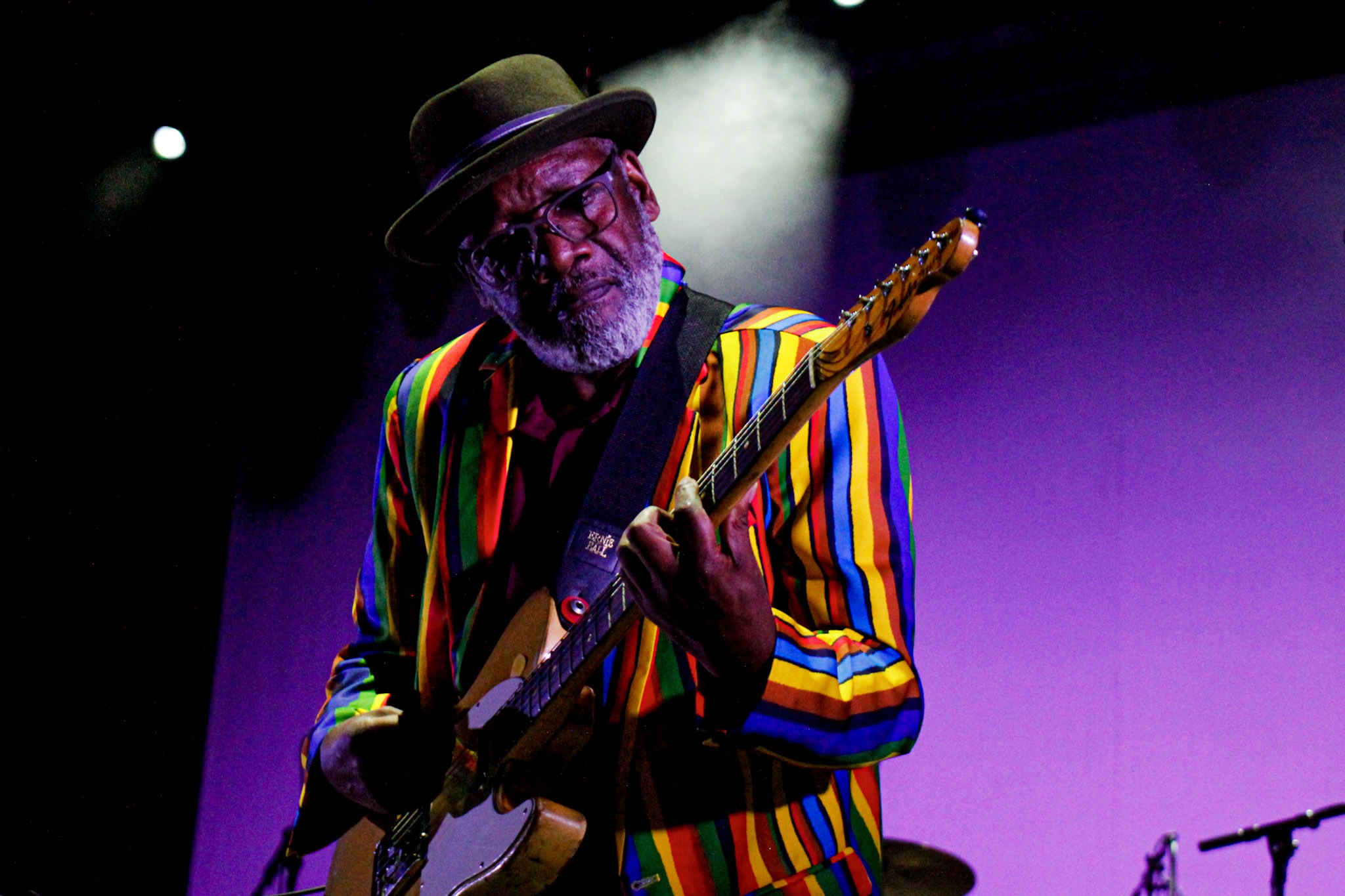 Yep! The Brighton Centre was indeed hosting its first sold out gig for a whole 18 months, when the legendary 2 Tone band, The Specials, skanked into town in order to perform a varied 22 song set.

The famed Coventry band last played live at the Brighton Centre on 25th October 2011, so it has taken them a decade to climb back to the top of the Brighton concert venue tree. Previously they sold out the Brighton Dome two years ago – Read our review of that gig HERE. 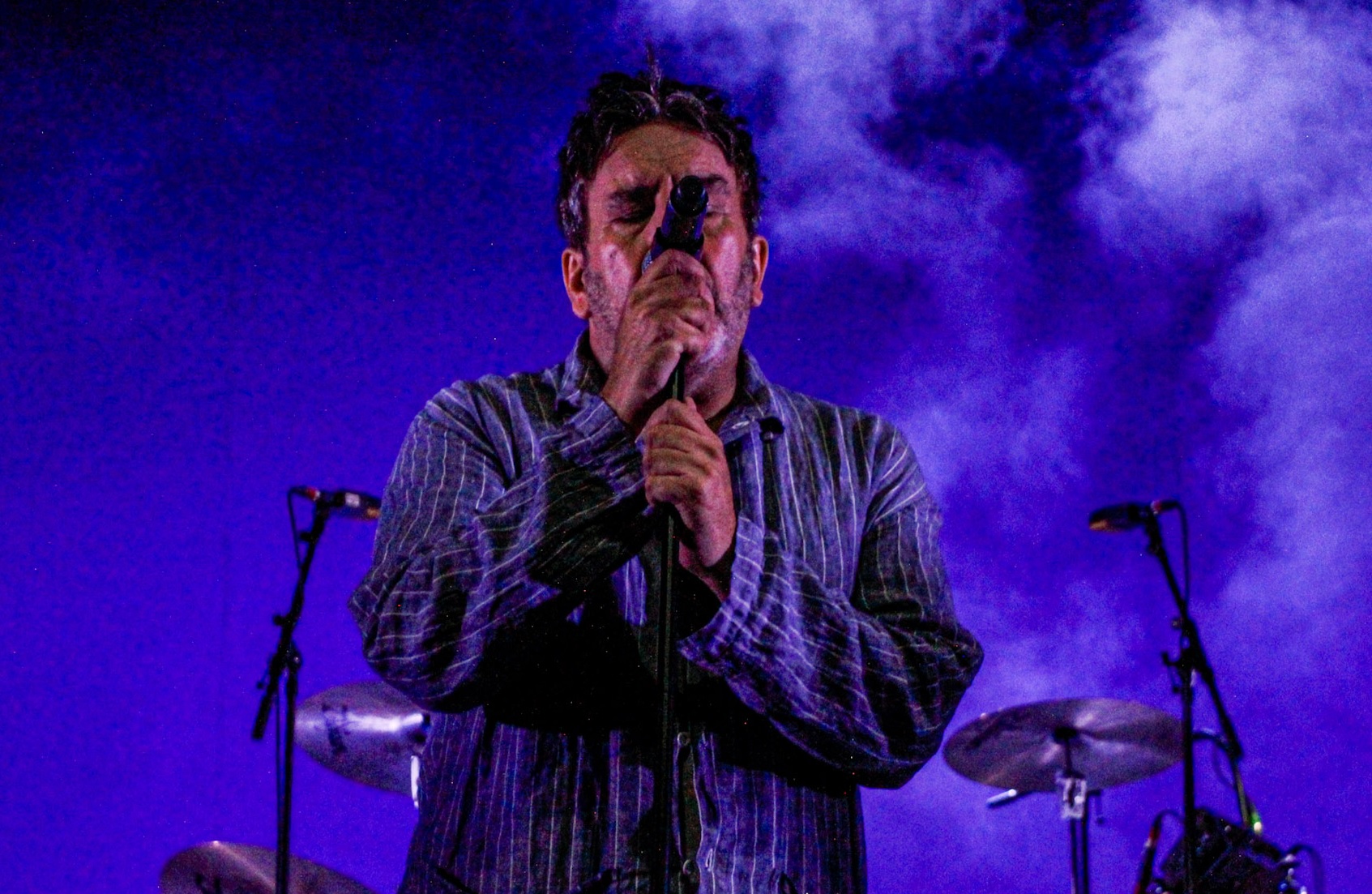 My first live encounter with the band was on one of their ‘2 Tone’ tours when they played the Top Rank Suite, which has now been incorporated into the PRYZM nightclub in the Kingswest at the bottom of West Street. The gig was mad as there was a massive, and I mean massive, stage invasion with ska fans dancing on the stage as the band endeavoured to play on. What health and safety?

Back then, it was virtually the original Specials line-up which featured the principal songwriter and keyboardist Jerry Dammers (who was in the band from 1977 up until 1984), along with the toasting vocalist Neville Staple and lead guitarist and vocalist Roddy Radiation (who both came along in 1978 until 1981 and have been in and out the line-up a further three times). 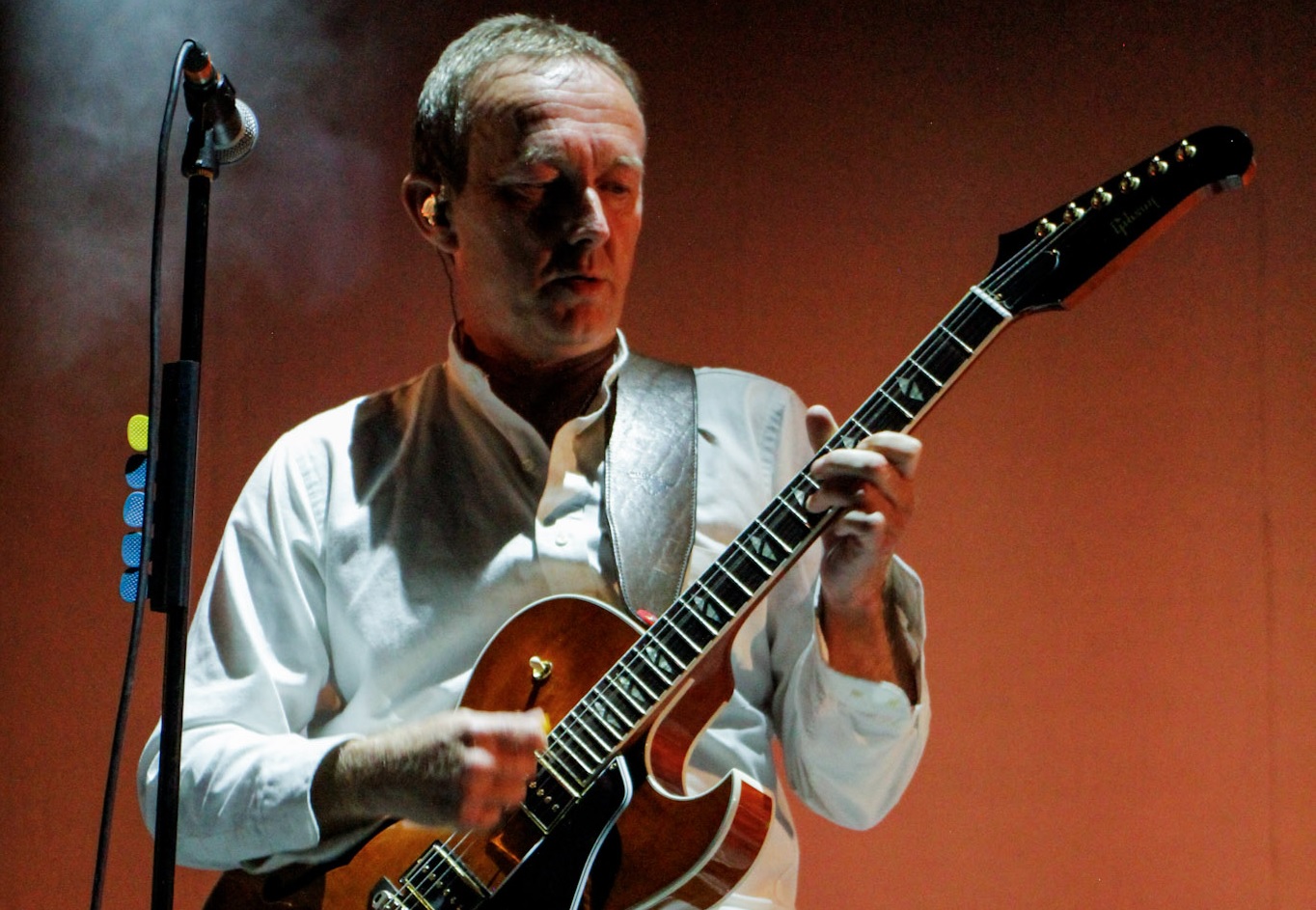 Other full time members during my early 1980’s Top Rank gig were singer Rhoda Dakar, who went on to form The Bodysnatchers, guitarist John Shipley, flugelhorn player Dick Cuthell and their sadly departed drummer John Bradbury who passed away in 2015 aged just 62 and the elder statesman, the Cuban-born Jamaican ska and reggae trombonist Rico Rodriguez, who also passed away in 2015, aged 80. 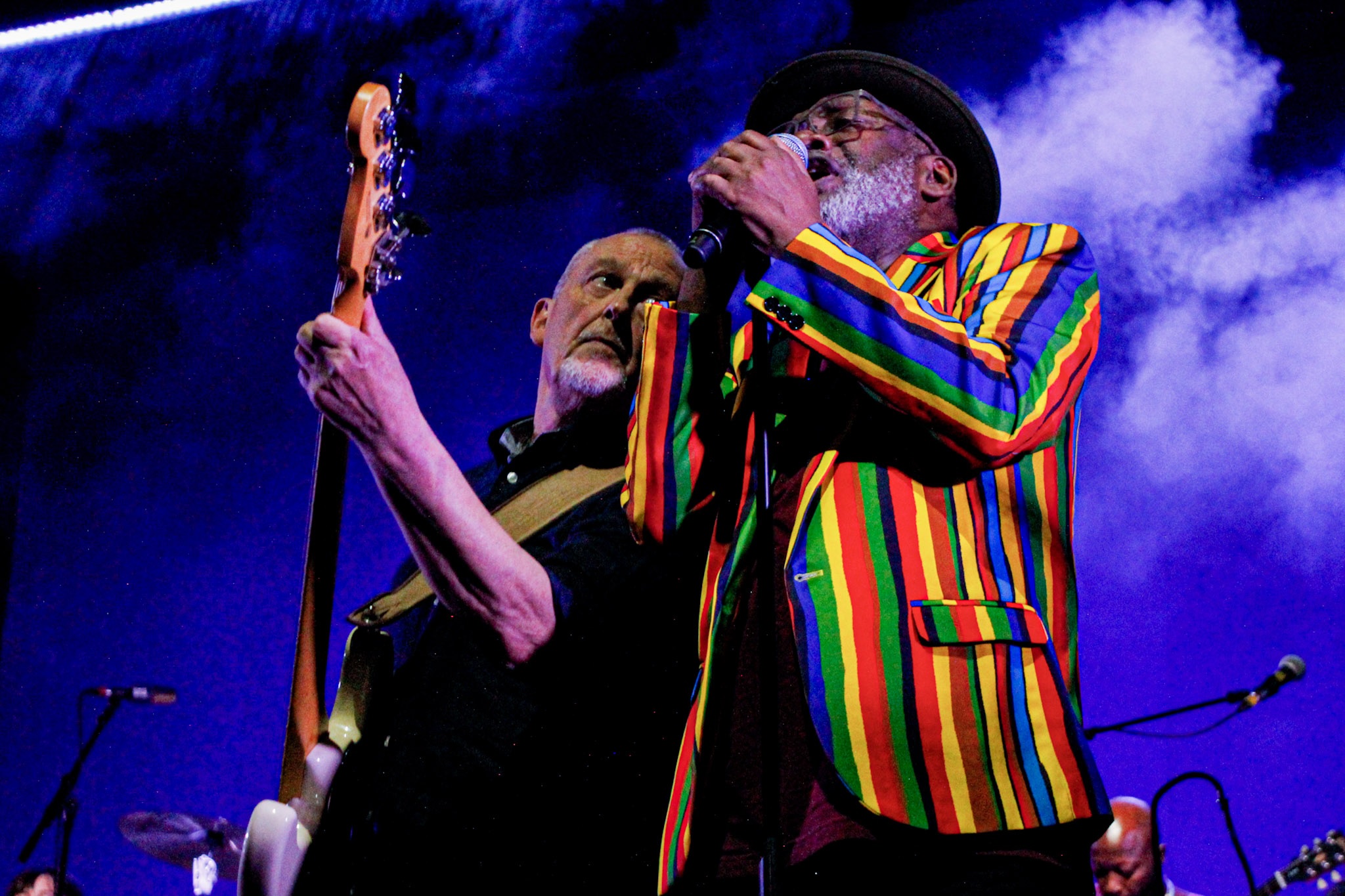 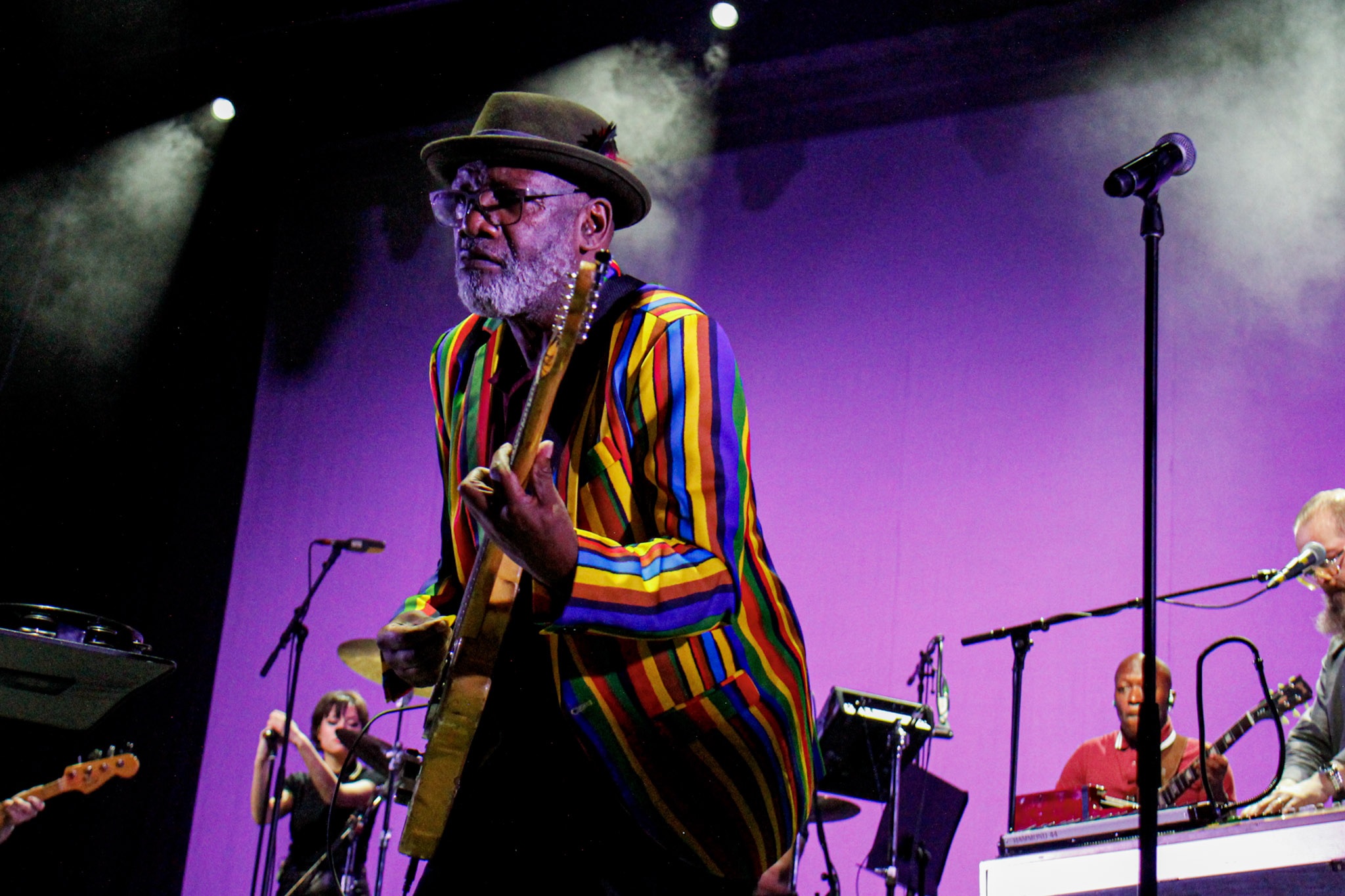 First thing of note as the band take to the stage, is that the backdrop behind them is just a blank screen of ever changing colours as opposed to their Brighton Dome concert, which was full of protest banners.

Their opener was the ‘Freedom Highway’ which is a cover of The Staple Singers tune and will be found (as the opening tune) on their forthcoming new album ‘Protest Songs 1924-2012’ – Pre-order your copy HERE.

This evening would see the ten musicians take on a trio of other cuts from the new album, those being: ‘Get Up, Stand Up’ (which is The Wailers cover and one I heard performed by Bob Marley here in this same venue in July 1980) and only featured Lynval Golding and Horace Panter, plus the full band handclapping on ‘Ain’t Gonna Let Nobody Turn Us Around’, which is a cover of African American civil rights song ‘Ain’t Gonna Let Nobody Turn Me ‘Round’, and completing that trio was encore track ‘F*ck All The Perfect People’, which is a Chip Taylor & The New Ukrainians cover. 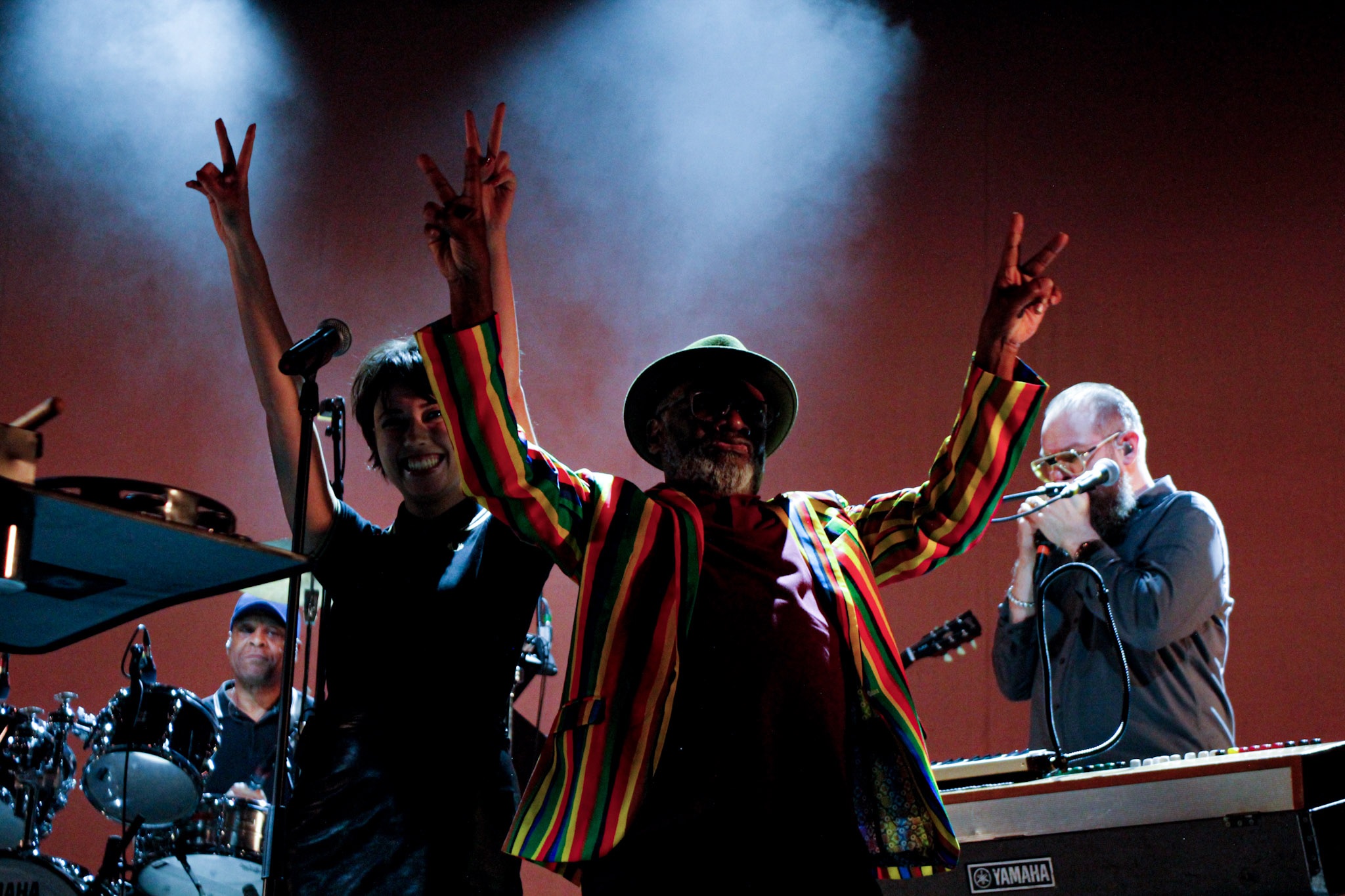 From song two onwards, we were treated to a host of much famed ‘More Specials’ 1980 album numbers including ‘Rat Race’, ‘Do Nothing’ and ‘Man At C&A’. But thankfully it was their classic 1979 debut self-titled album that got plundered tonight with performances of ‘A Message To You, Rudy’, ‘Nite Klub’ (which got the biggest crowd skanking of the night), ‘Do The Dog’, ‘Monkey Man’, and ‘Too Much Too Young’ – nice one guys!

But let’s not forget ‘Doesn’t Make It Alright’, which was covered in 1980 Stiff Little Fingers on second album ‘Nobody’s Heroes’. Tonight’s version was quite possibly my favourite song of the night and one I sang along to the most, along with The Special AKA debut ‘Gangsters’ which is a timeless snapshot of 1979 Britain if ever there was one! The timeless 1981 snapshot was also played in an extended dub style version – ‘Ghost Town’.

At 10:38pm, their 96 minute set was finished! A great night out (with the ecstatically overenthusiastic Terry Hall**). 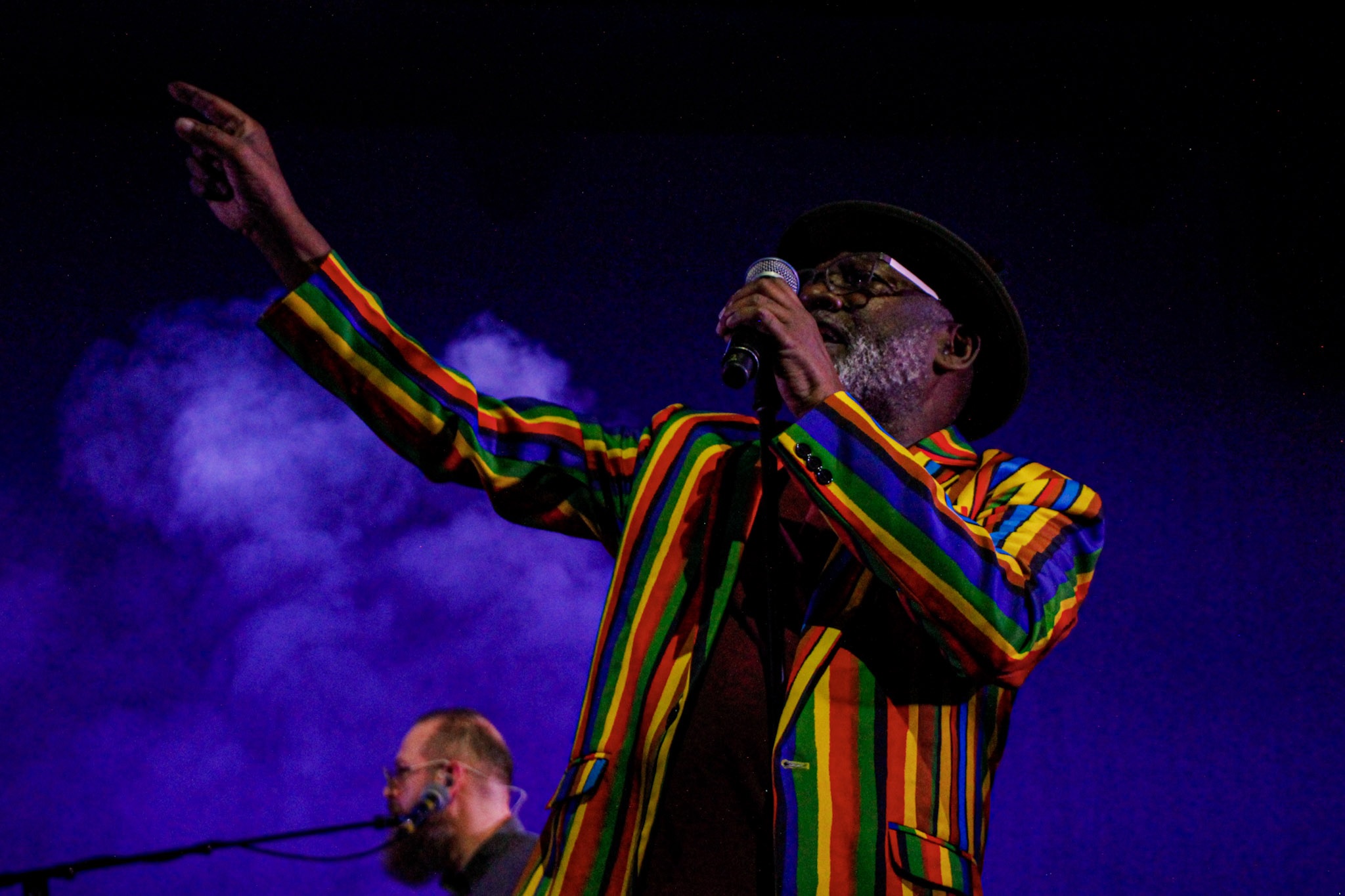 The Specials setlist:
‘Freedom Highway’ (The Staple Singers cover)
‘Rat Race’
‘Do Nothing’
‘Friday Night, Saturday Morning’
‘Vote For Me’
‘Stereotype’
‘International Jet Set’
‘Man At C&A’
‘Breaking Point’
‘Get Up, Stand Up’ (The Wailers cover) (Lynval Golding and Horace Panter only)
‘The Lunatics (Have Taken Over the Asylum)’ (Fun Boy Three cover)
‘Doesn’t Make It Alright’
‘Ain’t Gonna Let Nobody Turn Us Around’ (cover of African American civil rights song ‘Ain’t Gonna Let Nobody Turn Me ‘Round’)
‘A Message To You Rudy’
‘Nite Klub’
‘Do The Dog’ (Rufus Thomas cover)
‘Too Much Too Young’
‘Gangsters’
‘Monkey Man’ (Toots & The Maytals cover)
(encore)
‘F*ck All The Perfect People’ (Chip Taylor & The New Ukrainians cover)
‘Ghost Town’
‘You’re Wondering Now’ (Andy and Joey cover) 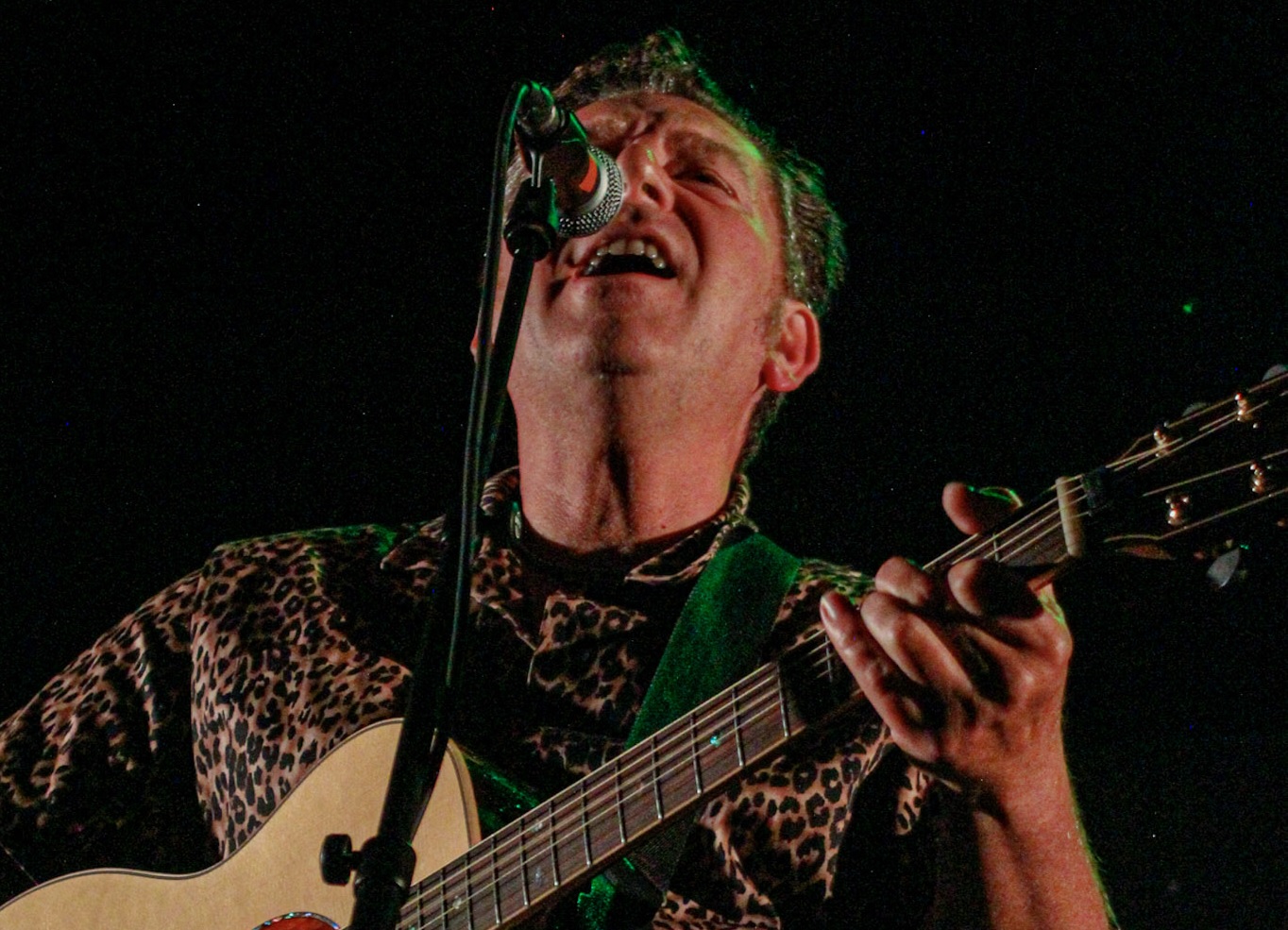 The support artist this evening is Pete Williams who comes with a past pedigree. At the age of 18 he joined an as yet unnamed “new wave soul group”, which later became Dexy’s Midnight Runners. Their first release ‘Dance Stance’ was issued on Bernie Rhodes (“knows, don’t argue”) Oddball label and soon after they were invited to support The Specials on the first ‘2 TONE’ tour.

After recording ‘Searching For The Young Soul Rebels’ and garnering a No1 single with ‘Geno’, extensive touring and many festival appearances followed. Pete left Dexy’s in Zurich at the end of an exhausting trans-European tour; and returned to England and formed The Bureau. Winding the clock forward and as a solo artist, he has currently released a trio of albums: ‘SEE’ (2012), ‘Roughnecks + Roustabouts’ (2015) and ‘H.O.L.L.A.N.D’ (2018). 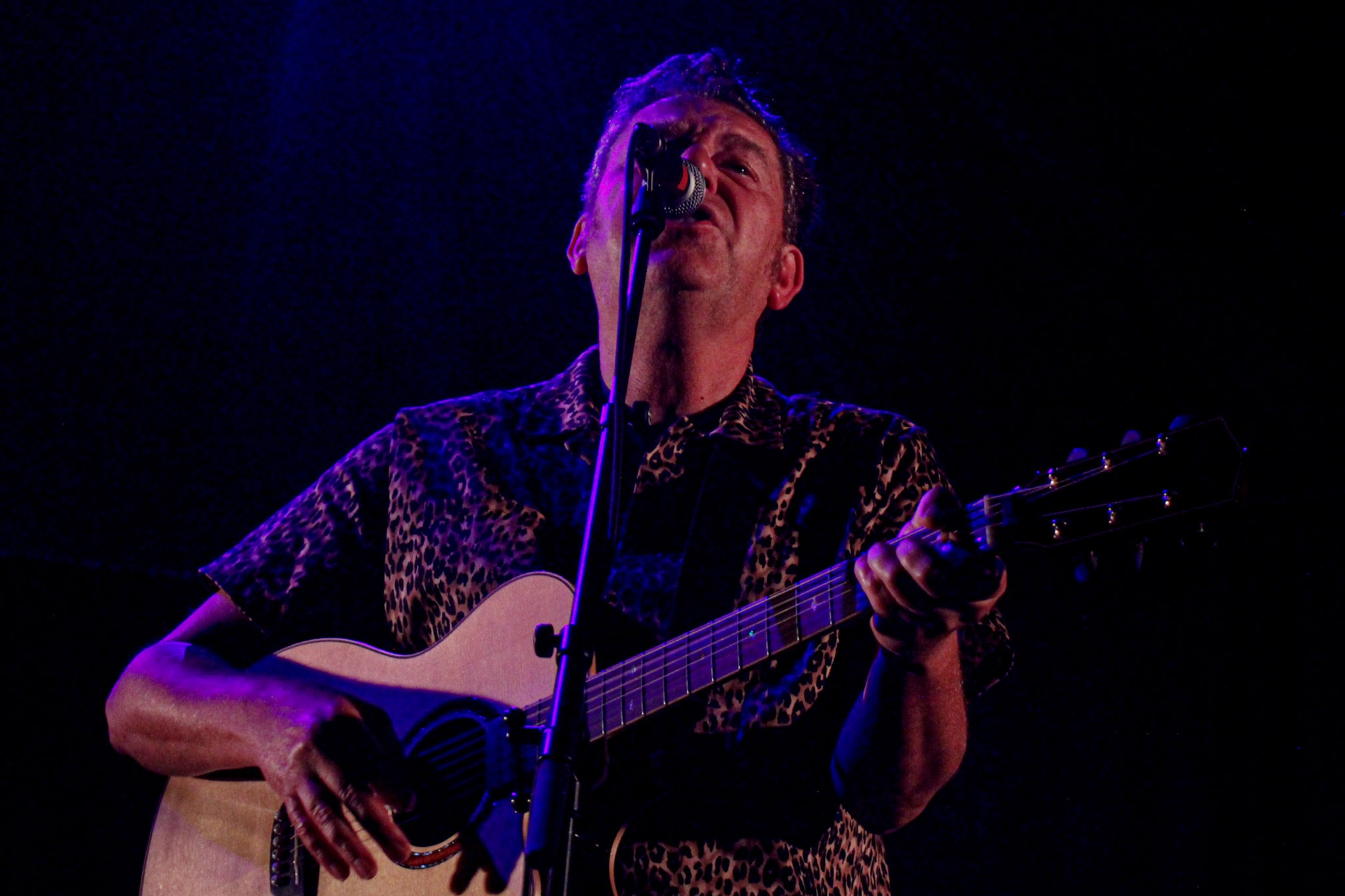 Tonight, Pete opened up his 38 minute set at 8:02pm and he and his three chums set about their business of warming up the crowd. Initially there was copious amounts of talking between the many fans, having a first gig back catch up no doubt, but as the set went on this slowly subsided.

Pete came across as a genuine likeable fellow but self-doubting and yet somehow coyly confident person, if at all that can be possible. “It’s Pete Williams innit!”. The all important thing, yes he does have a good voice and the band played a tight set that filled the auditorium with their indie sounds. To me their music was a conglomeration of The Bluetones, Stereophonics, Pulp and Blur.

Coincidentally, Richard Hawley (who we saw live yesterday – read our review HERE) highly rates Pete Williams. He has gone on record as saying:

“For me, it’s all about recognising in another brother or sister that same appreciation, understanding and knowledge, backed-up by a feral f*ckin’ instinct, that another side to this life exists. A side other than the one we’re shown by the greedheads and the business man and the meaningless, mindless pursuit of money. We can smell each other out. Pete smells good and is a damn fine man and musician”. 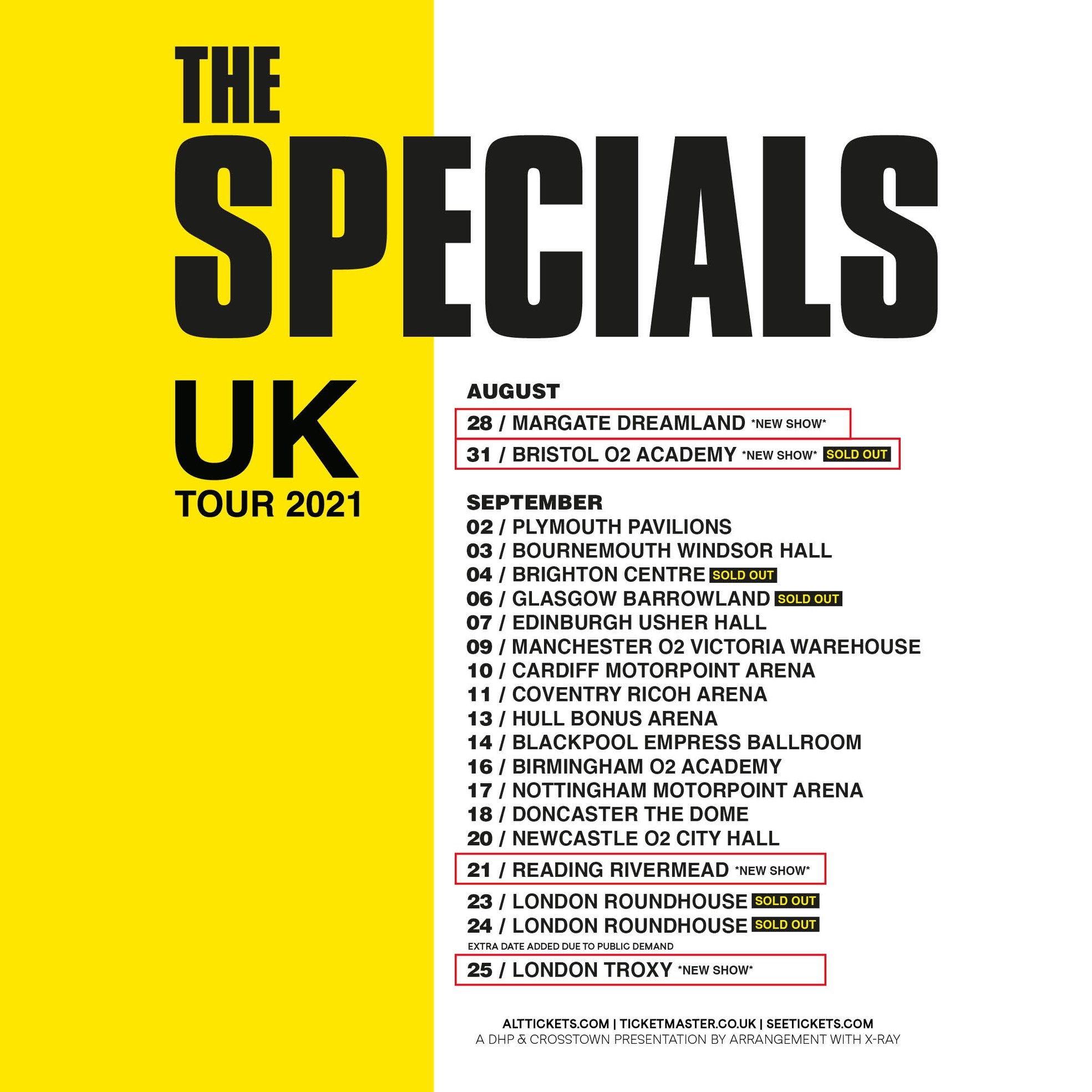 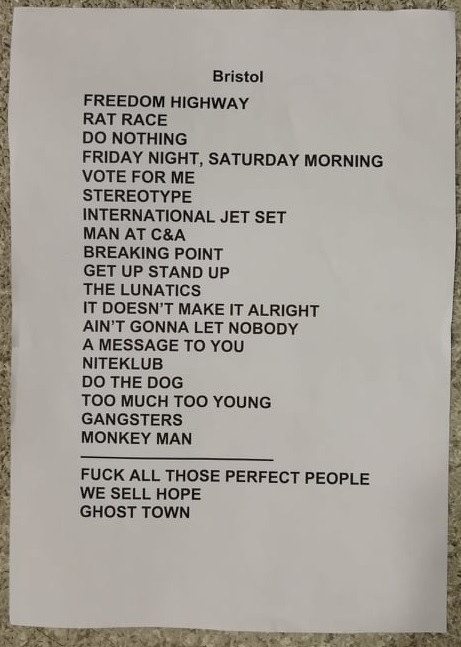 I was given this setlist, but it was from their Bristol 31st August gig, so maybe they were referring to that!

Missed The Specials concert? Then you might be in luck!
They will be returning to Brighton on Sunday 3rd October 2021, when they will be playing a “stripped back intimate” set in order to promote their new album ‘Protest Songs 1924-2012’ which is set for 1st October release. They will be appearing at CHALK, where the doors will open at 8pm and there’s a 10pm curfew. This event is co-organised by Resident music and One Inch Badge. Find out more information HERE. 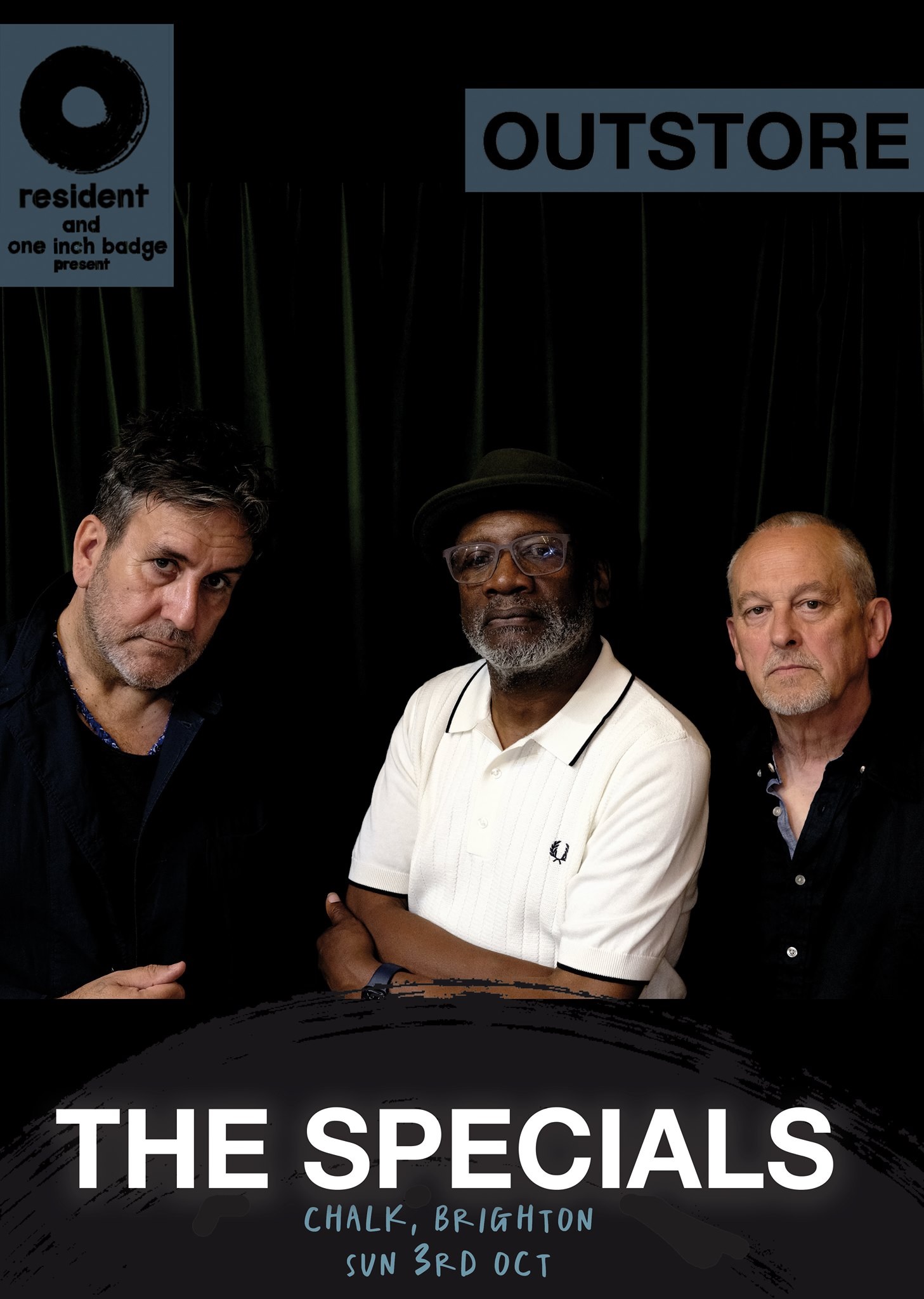