A paedophile doctor who lived in Hove has been jailed for life for sexually abusing five children and young people, including three sisters.

Robert Wells, 69, formerly of Hangleton Road, Hove, was told that he would serve at least 17 years by a judge at Hove Crown Court this afternoon (Monday 6 September).

Judge David Rennie said that Wells – described by his own barrister as “a monster” – may never be safe enough to be released.

Wells, a former police doctor, was guilty of “vile abuse” and raped a nine-year-old girl and carried out other sex attacks on victims aged eight to 18 years old.

He pleaded guilty – at the last minute – to 16 offences, relating to the abuse of four people.

But he put one of his victims through the ordeal of a trial, the judge said, forcing him to relive nightmares that haunted him to this day.

The former family doctor, who practised in Brighton and Hove, was found guilty of three offences by a jury who were told that Wells sexually abused an eight-year-old boy from Hove after sedating him.

Jennifer Knight, prosecuting, said that Wells, who also formerly lived at Brighton Marina, drugged his targets before abusing them and had a history of similar offences.

One of those targets – now a 30-year-old woman – was nine years old when Wells raped her.

She addressed Judge David Rennie directly at Hove Crown Court this afternoon (Monday 6 September) and said that she was a survivor, not a victim.

She said: “I have not just survived, I have thrived, and I will continue to do so.”

But she said that she and her family had been affected by Wells’s behaviour – and as a result her mother had died prematurely at 43 years old.

She said: “Truthfully, justice can never be served. I am here to ask you to prevent this from ever happening again. It would be a dangerous error to let this man back into society again.

“I implore you to impose the longest sentence that you can and not let this man inflict life sentences on anyone else again for his own self-gratification.” 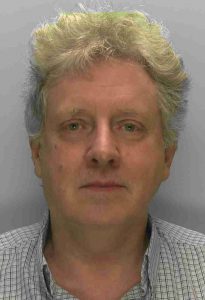 Miss Knight read a statement from one of the woman’s older sisters, who was also abused by Wells.

She said that if Wells had not drugged and abused her, and assaulted two of her sisters, her mother might still be alive, adding: “It was like a bomb that went through the family.

“He took the oath to do no harm. He is a dangerous man that cannot be trusted. He should stay where he can do no more harm.”

And the other sister said: “I hold him responsible for my mother’s death … He drugged and raped my little sister.”

“My mother drank herself to death. It was awful to see her self-destruct in this way. He is an evil person. He is a dangerous man and cannot be trusted.” 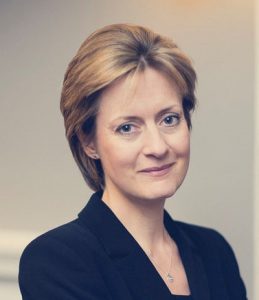 Miss Knight also read a statement from a 38-year-old woman, who was 15 when Wells abused her.

She said that she was resilient but there were limits, adding: “What happened to me is the stuff of your worst nightmares.

“Part of this will remain with me for the rest of my life. When I think about Dr Wells, I feel physically sick. What he did was unforgiveable.”

Wells was convicted of sexually assaulting and filming a nine-year-old boy with an unidentified young girl after sedating them.

Miss Knight read a statement from the “bewildered” eight-year-old boy – now a 31-year-old man – in which he said: “Wells ruined my childhood.”

He had “constant daily reminders” of what had happened to him, adding: “Wells abused his position of trust to abuse me.

“I knew Wells worked for the police and I didn’t think anyone would be believe me.

“I was afraid that if I complained, Wells would hear about it and use his contacts to make me disappear. This was a common nightmare that I still have to this day.”

The man said that he had tried to kill himself several times since he was 18 and feared that he would never be able to form a lasting adult relationship.

Judge David Rennie said: “Far from being the kind, caring, compassionate, responsible person you were expected to be, you turned out to be the stuff – and the creator – of nightmares.”

The judge said that even his own barrister had described him to the jury as “a monster”.

He said: “You have done incalculable harm to countless people who trusted you and your offending went on for years. Your victims were as young as eight or nine.”

The trust placed in Wells as a family friend and doctor “was grotesquely abused”, Judge Rennie said, adding that he used his position to obtain drugs to sedate his targets.

The judge said: “You have demonstrated an almost pathological lack of interest in the consequences of your offending.

“Severe psychological harm has undoubtedly been caused. Lives have been absolutely devastated. You treated them with contempt.” 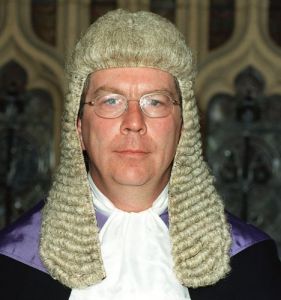 Judge Rennie said that because of “the sickening way you treated victims … only the severest penalty can be justified”.

He added: “Your perverted sexual appetite appears to know no bounds. It is who you are. It is what you do. There has been no hint of regret and no sign of remorse.

“You will not be released from prison until experts conclude that you are no longer a risk – and they may never reach that conclusion. You may remain a serious danger to the public despite your age.”

The jury was told that Wells qualified as a doctor in the 1970s and became a GP in 1979, working in a practice in Caerleon in Gwent, South Wales, until 1988.

He then worked for an on-call service called Healthcare in East Sussex, Hampshire and Coventry.

From 1990 he combined this with private practice in Brighton while also working as a forensic medical examiner for Hampshire Police.

The jury was told that Wells had previous convictions for abusing three girls. He was convicted in 2004 and sentenced to 15 years in prison.

Shortly afterwards a further complaint led to him being convicted of indecent assault and sentenced to seven years behind bars.