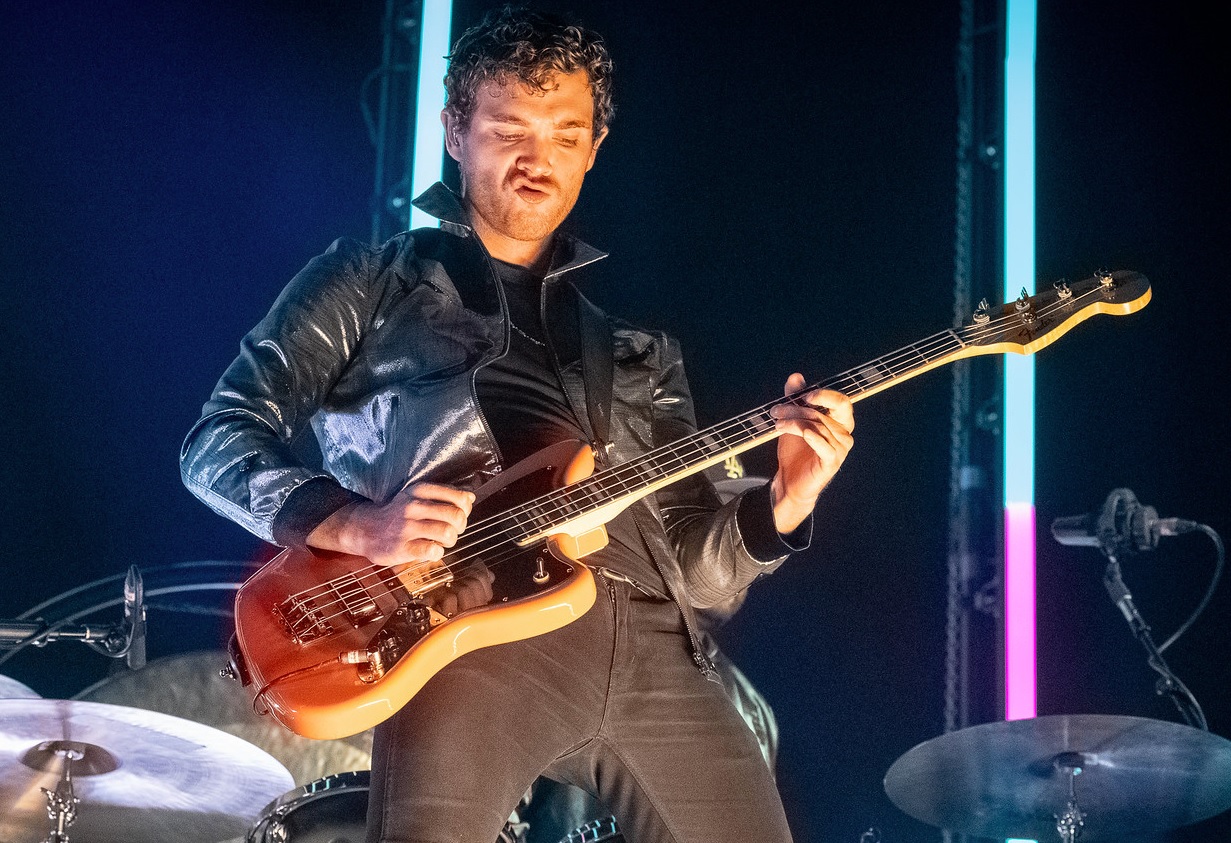 Tonight is a homecoming gig for Royal Blood. They formed in Brighton and are a Brighton based band, although as we later learn drummer Ben Thatcher comes from Rustington, and bassist/vocalist Mike Kerr comes from Worthing, so they are actually West Sussex boys. 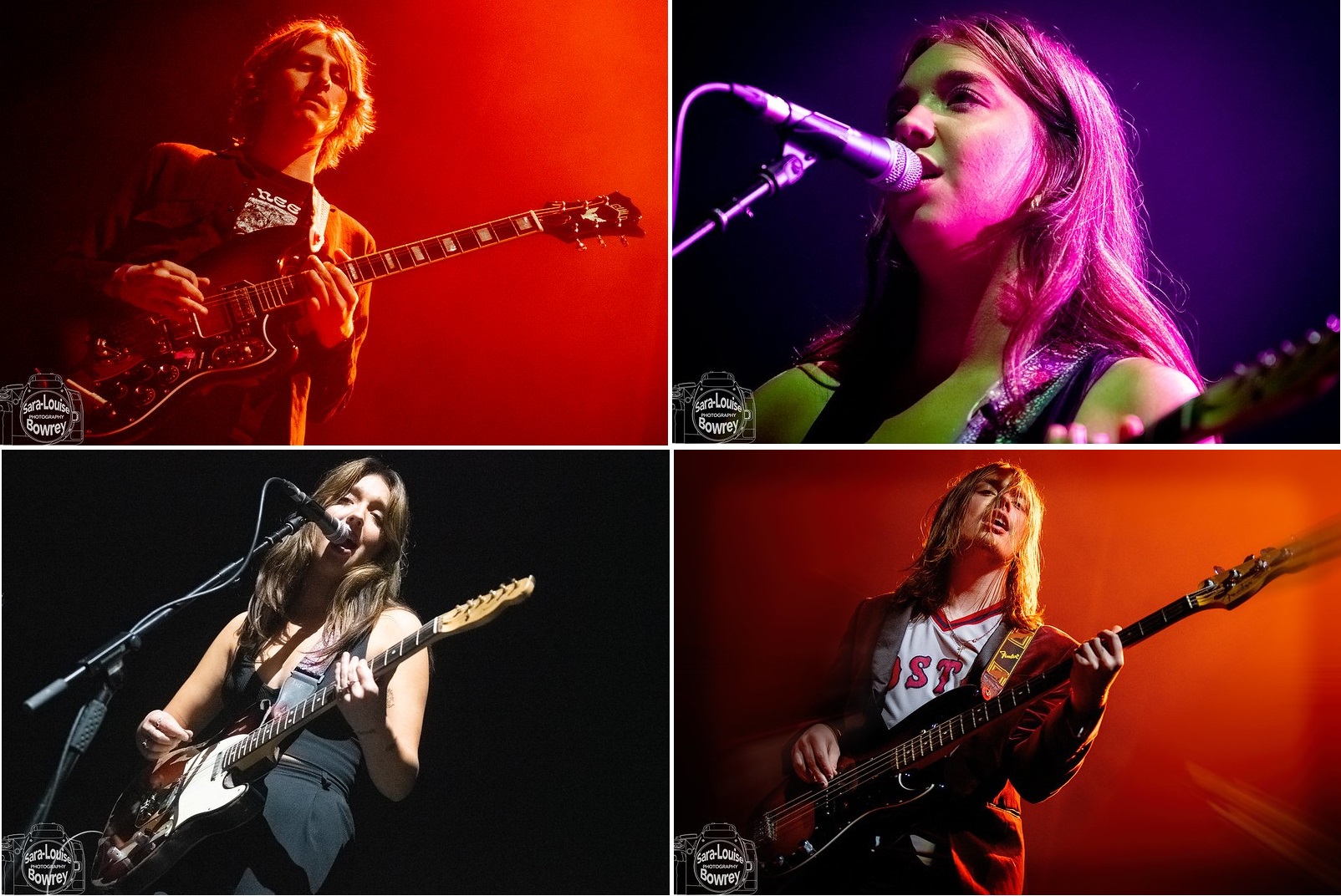 The Mysterines live at the Brighton Centre 15.9.21 (pics Sara-Louise Bowrey Phtography) (click on pics to enlarge!)

Support comes from The Mysterines, who I’d previously seen at the Victorious Festival in Southsea and had been mightily impressed with then. Vocalist Lia Metcalfe holds the audience in her hand, and very much seems the superstar in waiting. Their assuredness and confidence is striking, their material is memorable, and I suspect that it won’t be very long before they’re returning here as headliners. 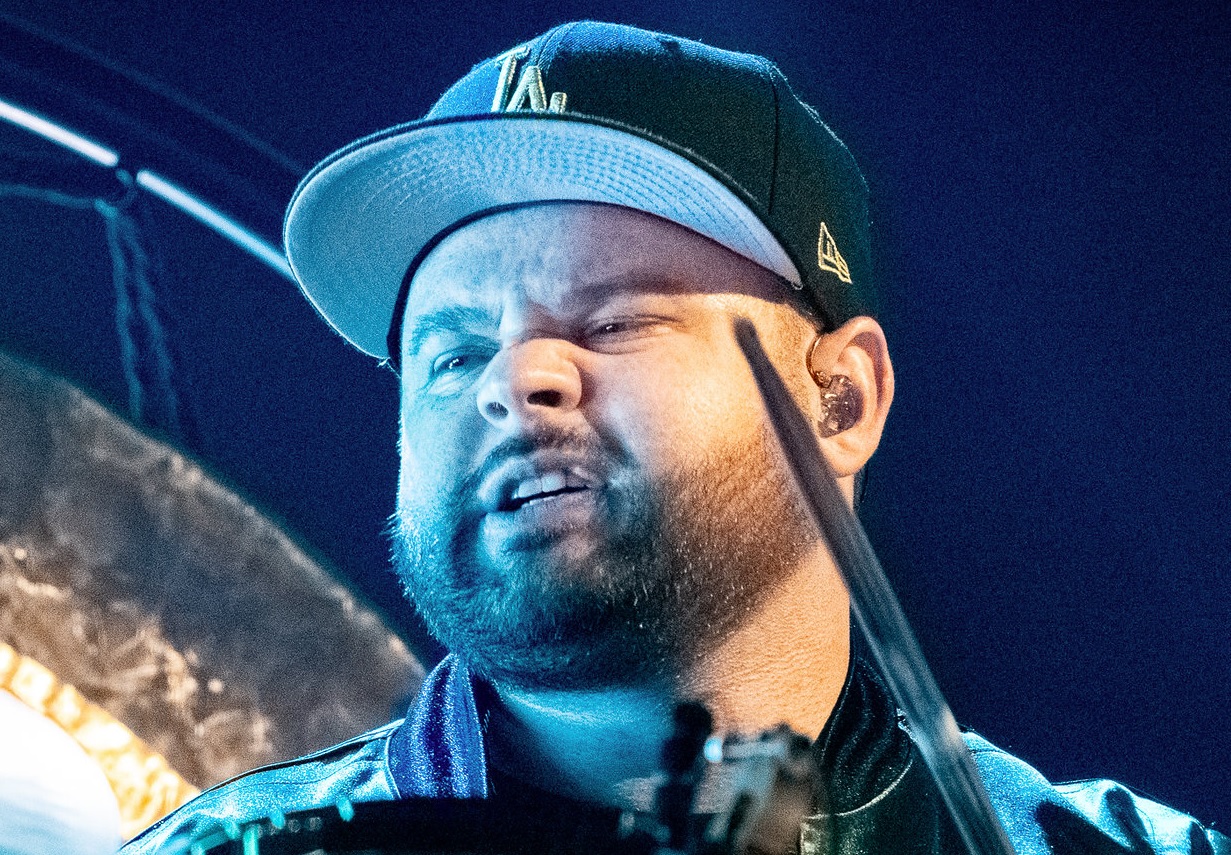 Royal Blood take to the stage accompanied by a recording of Thin Lizzy’s ‘The Boys Are Back In Town’. This is an apt choice as this is their first Brighton gig for four years! They seem to be making up for lost time, and commence their set with two songs from their current album ‘Typhoons’: the title track and ‘Boilermaker’. However, Royal Blood resist the temptation to concentrate on their current album and occasionally throw in one or two oldies as a sop to the crowd. The set is evenly balanced between all three of their albums.

As at the Victorious Festival, the band is augmented by two backing singers and a keyboard player for the songs from ‘Typhoons’. The backing singers are virtually inaudible for much of the time. However, for much of the set the band play as the core duo of Mike and Ben, which in my opinion makes for a greater purity of sound, and is more representative of what the band are all about. 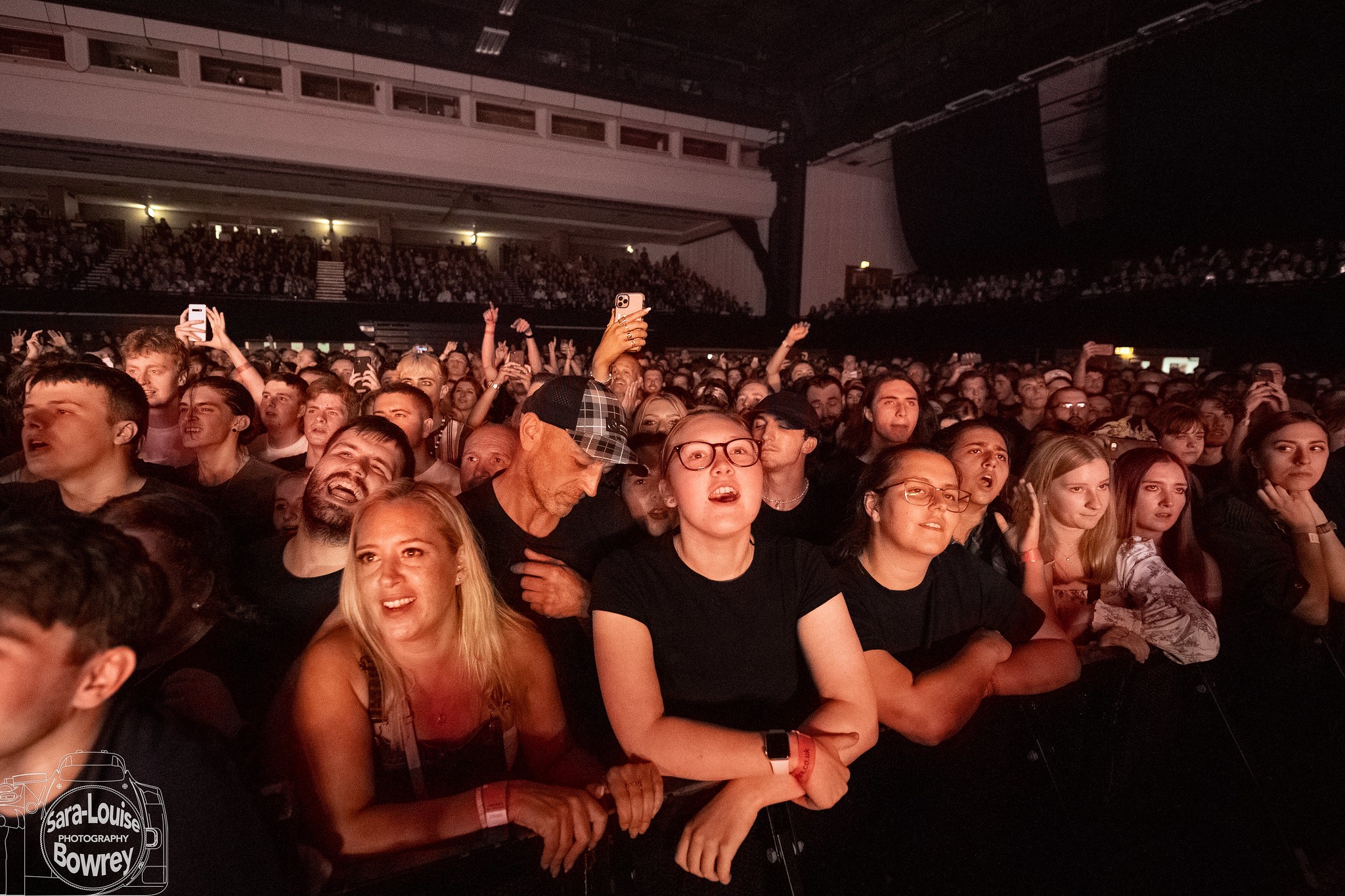 The crowd at the Brighton Centre 15.9.21 (pic Sara-Louise Bowrey Phtography) (click on pic to enlarge!)

I was discussing Royal Blood with a friend recently, and he said that when he saw them they sounded just like their records, which he found a little dull. That’s certainly not the case tonight. There’s a drum solo during ‘Little Monster’, together with one or two shortish bass solos. Also some of the songs are imaginatively extended beyond their recorded counterparts. Any previously perceived dullness has been well and truly banished. 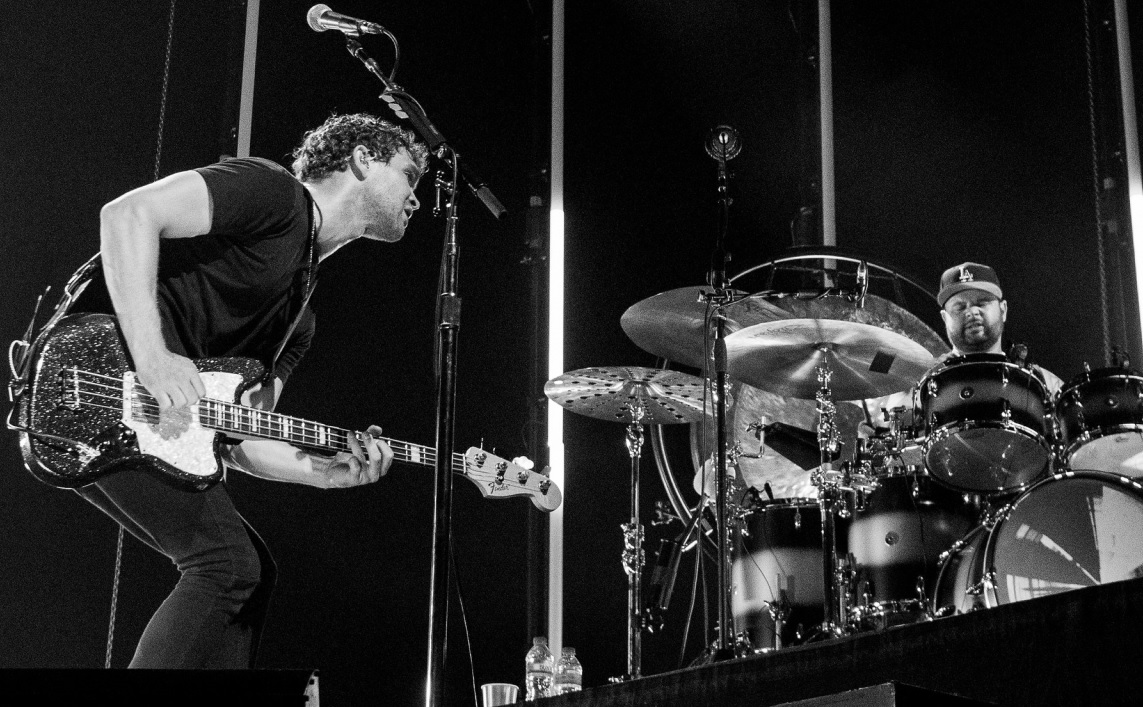 ‘Little Monster’ is marred by an incident, which appeared to be caused by a fairly large looking bloke fighting with other audience members. People shine their phone torches at him, and Ben Thatcher seeing this, stops the gig, and calls for security. This incident is dealt with admirably by both the band and the venue’s officials. The song was eventually restarted after the troublemaker had been escorted out. 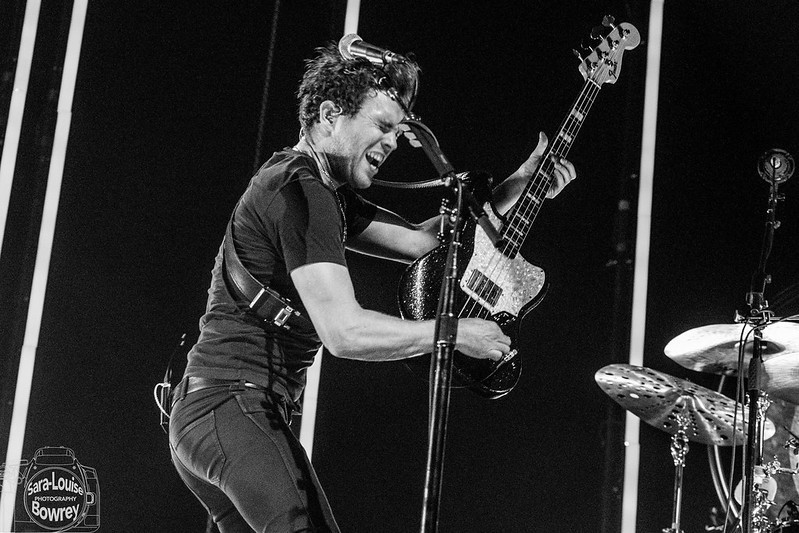 The material from ‘Typhoons’ sounds far heavier live than on record. I found this particularly pleasing as the record sounds a little too ‘discofied’ for my taste in places. A noticeable thing about Royal Blood is that live they have a particular rawness that doesn’t really translate to their recorded work.

There is a great deal of communication between band and audience. At one point Ben Thatcher conducts a circular moshpit with a drumstick, whilst Mike Kerr encourages young musicians who are in bands or are thinking of starting bands. Ben changes into a Brighton & Hove Albion shirt for some of the set, which goes down very well! 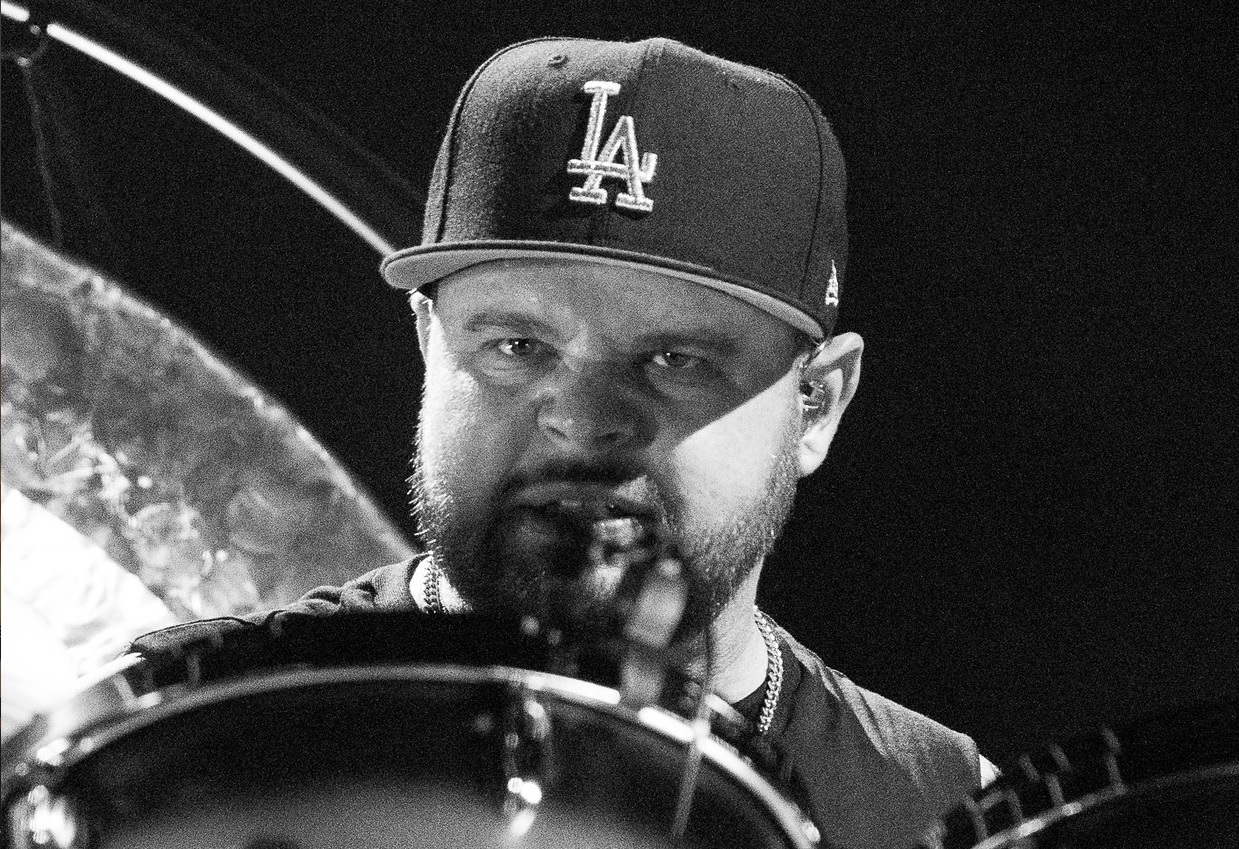 They leave the stage after just over an hour, but it feels longer (in a good way, natch) as they have managed to perform fourteen songs during that time. However they’re not away for long, and return to perform a song (‘All We Have Is Now’) which is a bit of a rarity in the Royal Blood canon: a ballad! After that we get ‘Limbo’ from the ‘Typhoons’ album, and an extended version of the superlative ‘Figure It Out’ from the first album.

With that, they make their farewells. This has been a superb gig. It’s been quite refreshing as there is little in the way of egos on display. These are two ordinary guys who just happen to be brilliant musicians. In it’s own way it’s been quite a life-affirming event. This is the fourth time I’ve seen the band and they just seem to get better and better every time. More power to their collective elbows! 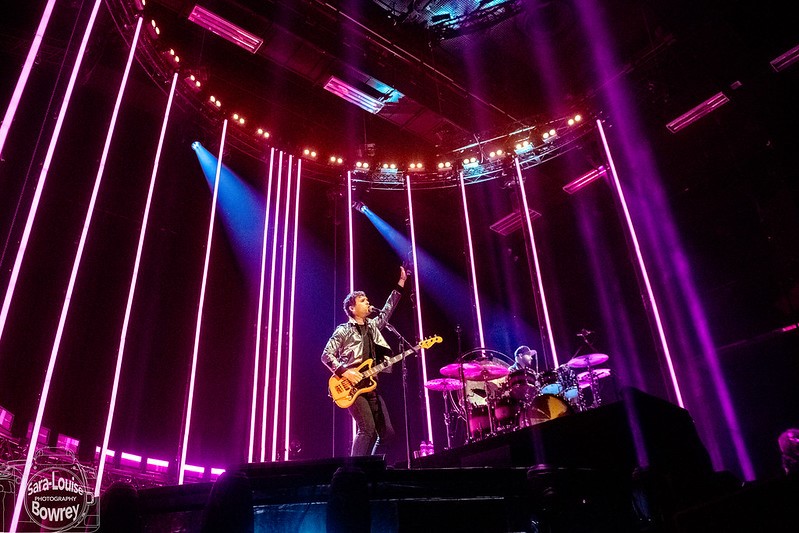 Royal Blood setlist reads:
“Intro tape” ‘The Boys Are Back In Town’ (Thin Lizzy)
‘Typhoons’
‘Boilermaker’
‘Come On Over’
‘Lights Out’
‘Hook, Line & Sinker’
‘I Only Lie When I Love You’
‘Trouble’s Coming’
‘Oblivion’
‘Little Monster’ (Extended drum solo, song interrupted and restarted due to fighting in the audience)
‘How Did We Get So Dark?’
‘Blood Hands’
‘Loose Change’
‘Ten Tonne Skeleton’
‘Out of the Black’ (Extended outro)
(encore)
‘All We Have Is Now’
‘Limbo’
‘Figure It Out’ (Extended outro) 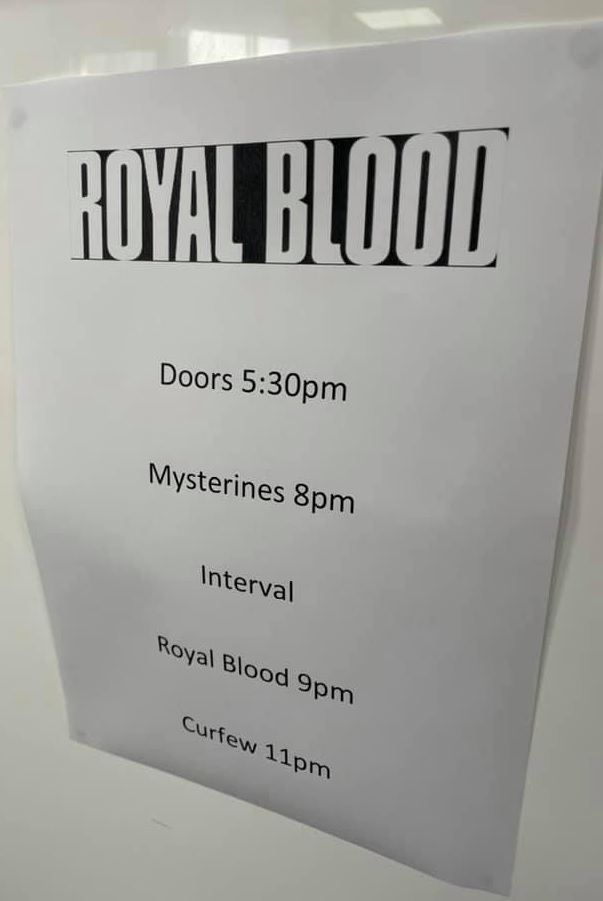