Brighton singer Celeste has won an Ivor Novello Award for Songwriter for the Year with her writing partner Jamie Hartman. 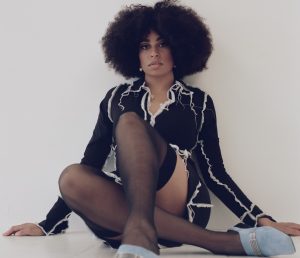 The Saltdean star and Hartman picked up the prize “for a catalogue of songs” including Stop this Flame, I Can See the Change, Little Runaway, Love is Back and A Little Love.

The pair were nominated in a second category – Best Song Musically and Lyrically – for Stop This Flame .

The award though went to Barney Lister and Obongjayar for God’s Own Children. Obongjayar, a London-based Nigerian musician, recorded the track.

The Ivors Academy, formerly the British Academy of Songwriters, Composers and Authors, said: “The Ivor Novello Award for Songwriter of the Year recognises a British or Irish songwriter or songwriting partnership who wrote an outstanding body of commercially successful songs released in the UK in 2020.”

The award is the latest in a remarkable collection for the 27-year-old who won the BBC’s Sound of 2019 competition and the Rising Star Award at the Brit Awards in the same year.

When her first album Not Your Muse was released earlier this year it went straight to No 1 in the UK Albums Chart.

And it brought her nominations for Album of the Year, Best Female Solo Artist and Best New Artist at the Brit Awards in May as well as the 2021 Mercury Prize.

Celeste was also nominated for an Oscar for Best Original Song for co-writing Hear My Voice from the film The Trial of the Chicago 7 which came out last year.

But the Academy Award went to Fight For You from Judas and the Black Messiah.

The Ivors celebrate creative excellence by British and Irish songwriters and screen composers.

Other winners at the Ivors this year included Harry Styles, Bon Jovi and Tears for Fears.

Those in the audience included Bjorn Ulvaeus, from Abba, whose international breakthrough came at the Dome in Brighton in 1974 when the Swedish group won the Eurovision Song Contest.