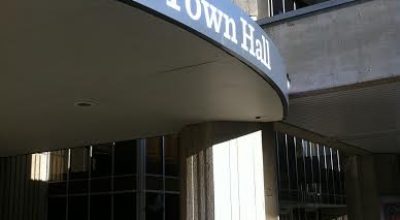 A report into delayed responses to freedom of information requests has revealed the council has never hit the national target.

Just two-thirds of freedom of information (FOI) requests made to Brighton, and Hove City Council were completed within the required 20 days in the last year.

The Information Commissioner’s Office sets a target of 90 per cent, which the city council has never achieved.

Conservative councillor Anne Meadows called for the report to the Audit and Standards Committee after hearing from residents and campaign groups how they were left waiting for responses.

When she asked for the report in June, she raised concerns from campaigners for domestic abuse charity RISE.

Campaigners were frustrated they could not get a timely response from the council as they asked for information about the decision-making process when RISE lost its council contracts for refuge and support services.

The ICO upheld four complaints in May and June because the city council failed to provide a “substantive response” to requests submitted in September, October and November 2020 and February 2021.

Since August, the response rate has improved, with 92 per cent of requests completed within 20 days.

The department for economy, environment and culture has the most lengthy overdue requests out of any council department.

Councillor Meadows said: “So many residents have contacted me saying the council were not responding within the 20 days, that is the approved guidelines.

“I’ve been inundated since I asked for this report.”

She was concerned about the poor information management processes listed in the report and the lack of staff.

Head of strategy and engagement IT and digital, the department currently responsible for managing FOIs, Dan Snowdon, said FOIs are “passed around” as emails to the relevant services and some are missed or not actioned as quickly as they should be.

The council is in the process of introducing a new case management system to allow all departments to track FOI requests.

FOI requests are listed as a key performance indicator that goes before the council’s Policy and Resources Committee.

Green councillor Sue Shanks asked for details of the type of request the council received as she was surprised the largest proportion of requests, 33 per cent come from commercial organisations.

She also asked if the council had to answer requests.

Mr Snowden said: “In IT, the requests would be from suppliers looking for information around IT strategy, what systems are coming up for renewal and when they can see an opportunity for bidding for contracts.

Councillor Shanks said: “Maybe we need some action nationally rather than locally.

“I am sure the sort of request you just outlined on commercial stuff was not what the first Blair government had in mind with open government and open information.

“That doesn’t sound a good use of our time.”

Mr Ghebre-Ghiorghis said: “The intended user was the public, but we look at the statistics alone, and half of the users are commercial organisations.

“We’ve got lobbying groups, academics, people that want to do marketing and a lot of local groups such as taxpayers. Some of the requests are also vexatious.

“However, the legislation is person blind. You’re not allowed to look behind for the reason and purpose they’re going to use it.”

He said Brighton and Hove is not in a unique position regarding FOIs delays, but it is not something that the council can turn around quickly.