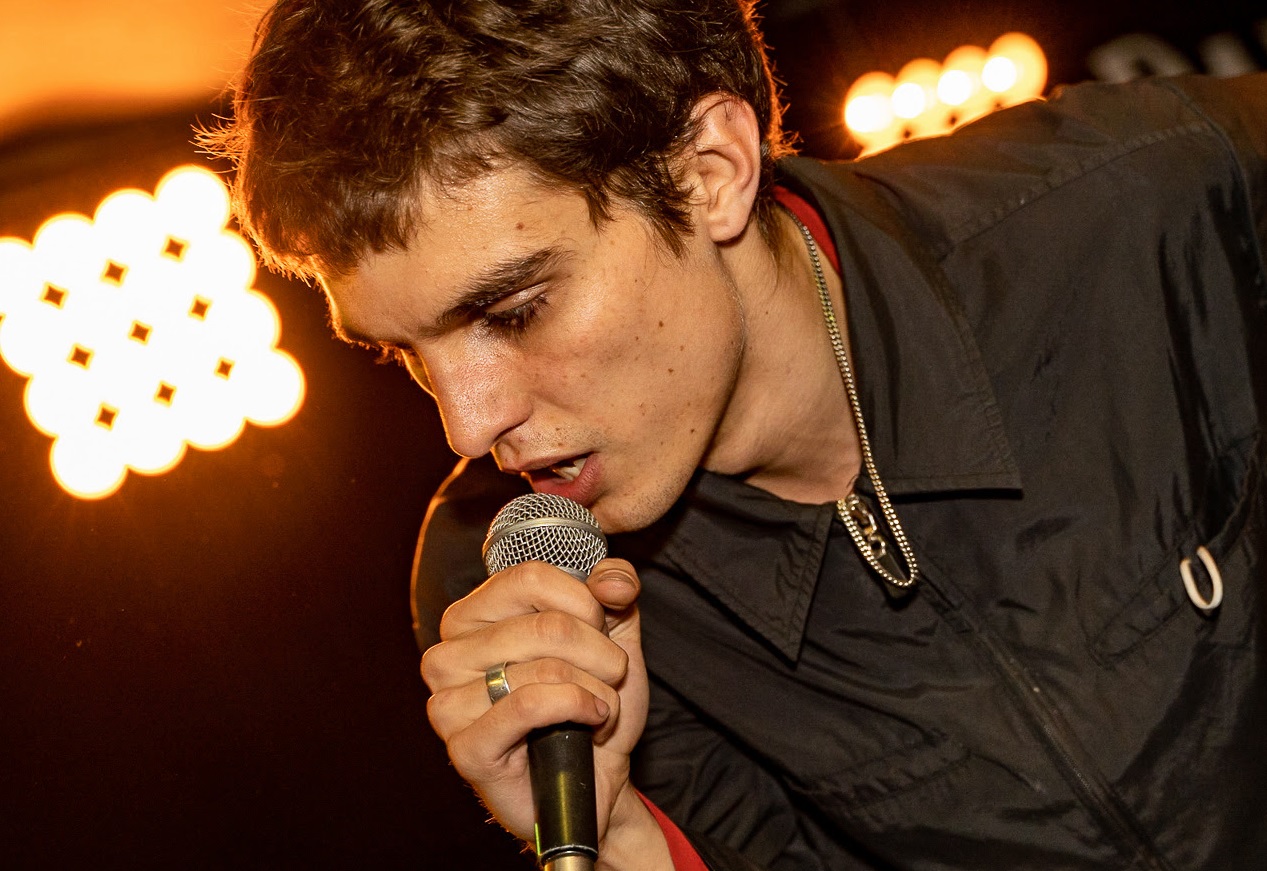 Tonight we headed off to The Hope & Ruin located on Queens Road in Brighton as it was a hive of activity. Upstairs there were performances by Sei Still and Psychic Lemon, which was put on by local promoters Acid Box and downstairs in the ground floor bar area there were sets by Volleyball and Pastil courtesy of Love Thy Neighbour promoters.

In this review, we shall be focusing on the events upstairs. The review for downstairs is available to enjoy HERE. 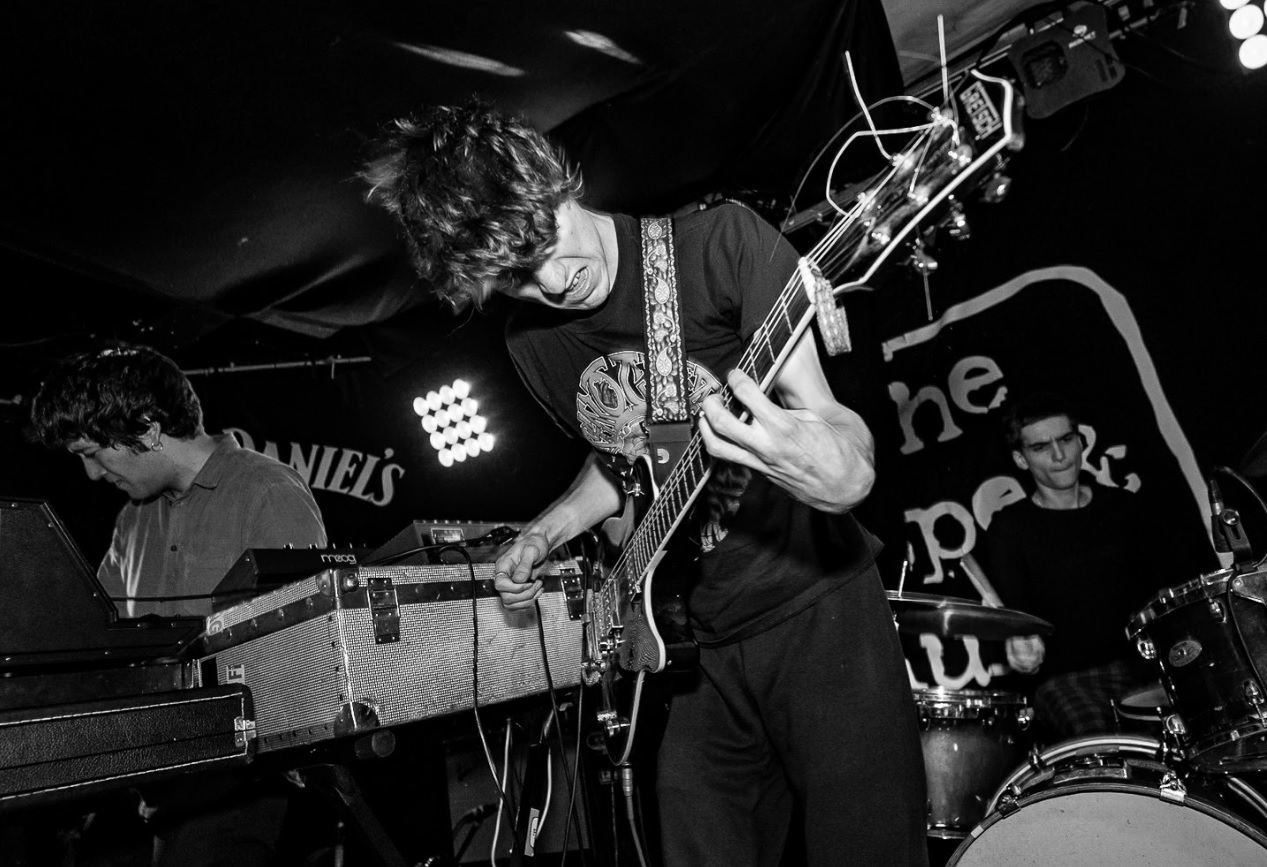 This event will live long in the memory for me as it’s not everyday that the band literally nearly didn’t play due to severe delays at French and UK customers and border force. Mexico’s Sei Still were headlining tonight and their slot had already been put back to 9:45pm but they weren’t even in Brighton by then! Things were getting more anxious by the minute. Would they ever arrive? If they do arrive then will they have time to play? Time will tell. 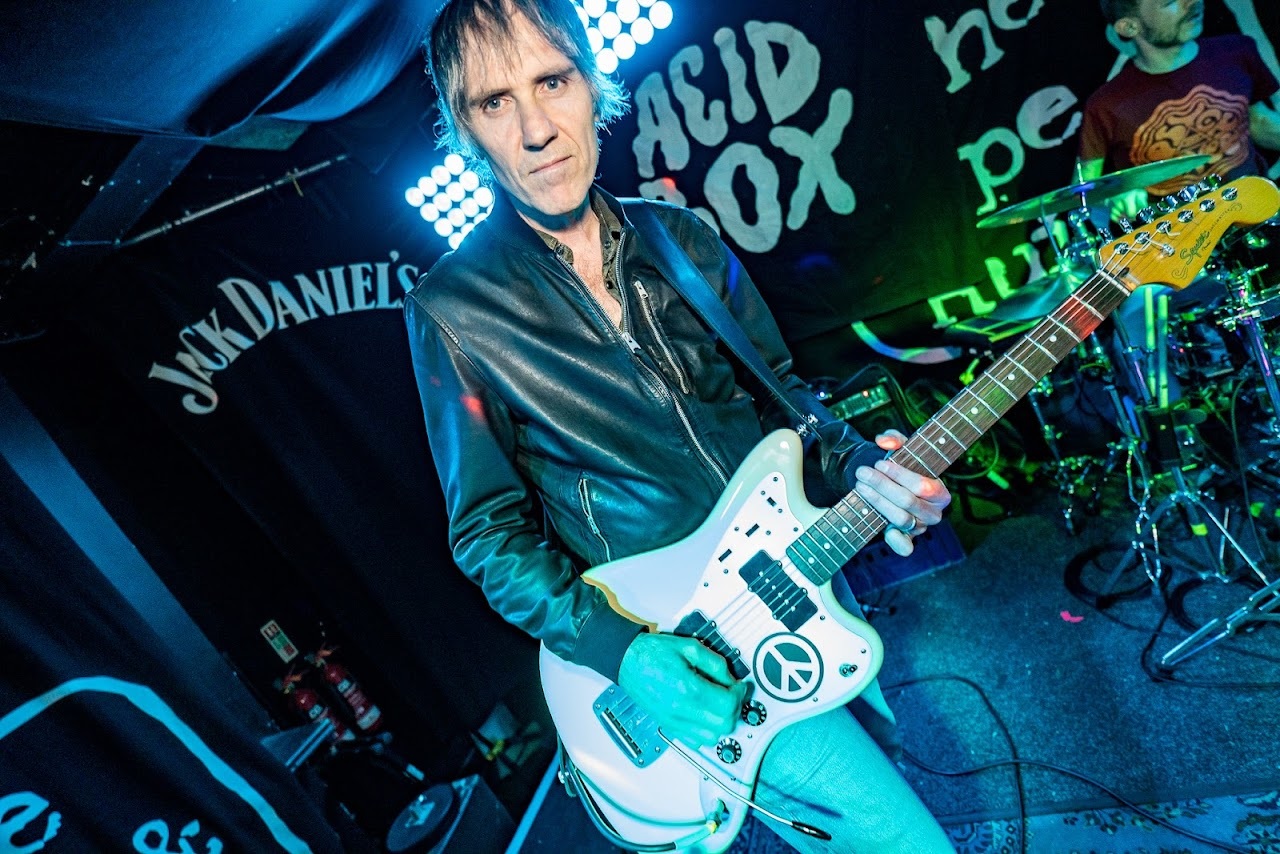 Wind the clock backwards to 8:45pm and support act Psychic Lemon were due to take to the stage. However, the trio of Andy Briston (guitar/synth), Andy Hibberd (bass) and Martin Law (drums), were given the nod to delay as long as possible. They dutifully obliged and took to The Hope & Ruin stage band on 9pm. 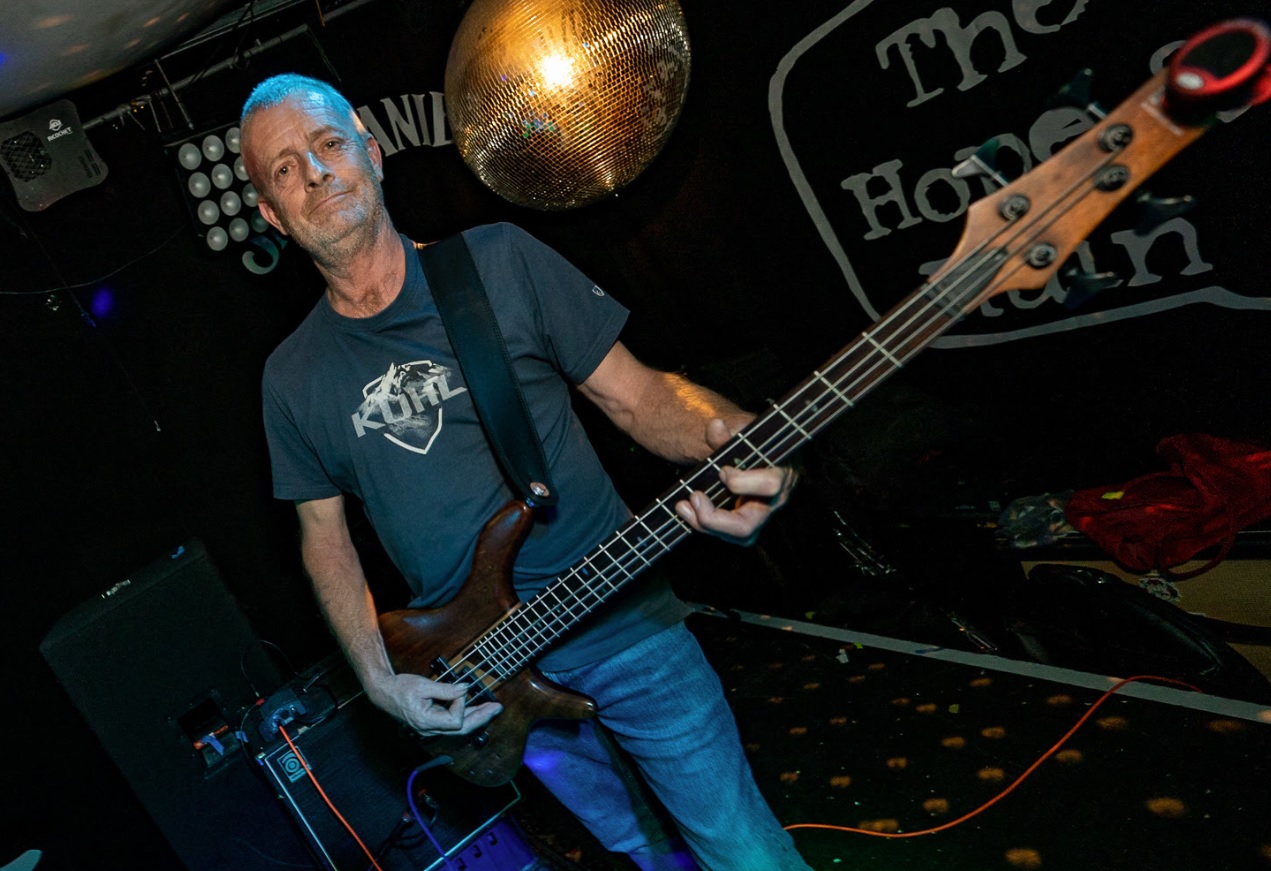 London based Psychic Lemon are labelled as “Pioneers for the new wave of modern krautrock” and tonight these three mature chaps and their guitar, bass, drums and Roland Jd.Xi synthesizer set to work in filling the upstairs music room with swirling psych rock jams for as long as humanly possible. There are no vocals in Psychic Lemon’s work, they let their instruments do all the talking, or should that read fuzzing! 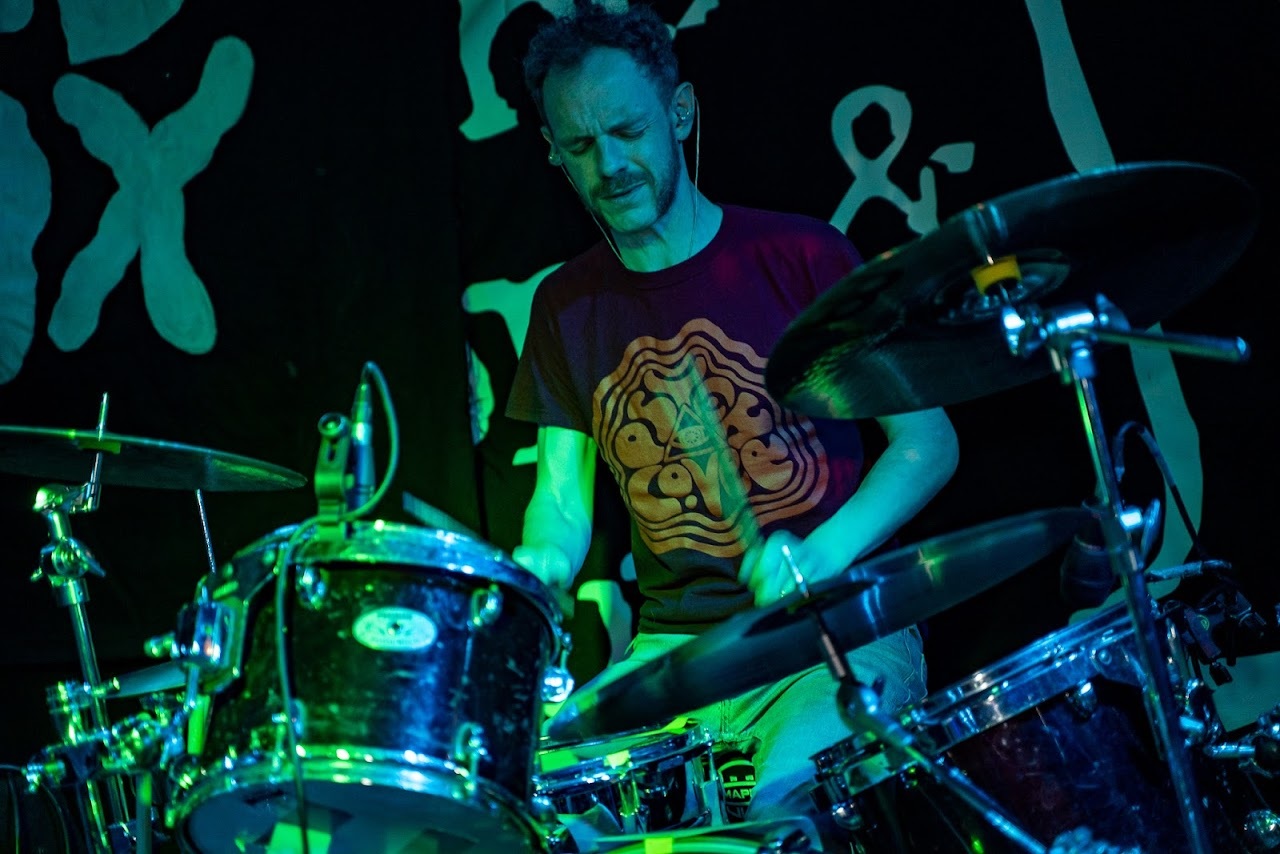 For effect, they had brought along two small strobe domes and placed them on the floor in front of themselves and these certainly added to the charged atmosphere. During their extended set, there was vast amounts of foot pedal waggling to accompany their continual barrage of psych noise. Imagine Hawkwind’s ‘Silver Machine’ (minus the singing) and Amon Düül II on a continual loop and you have some idea of what these guys are trying to achieve. 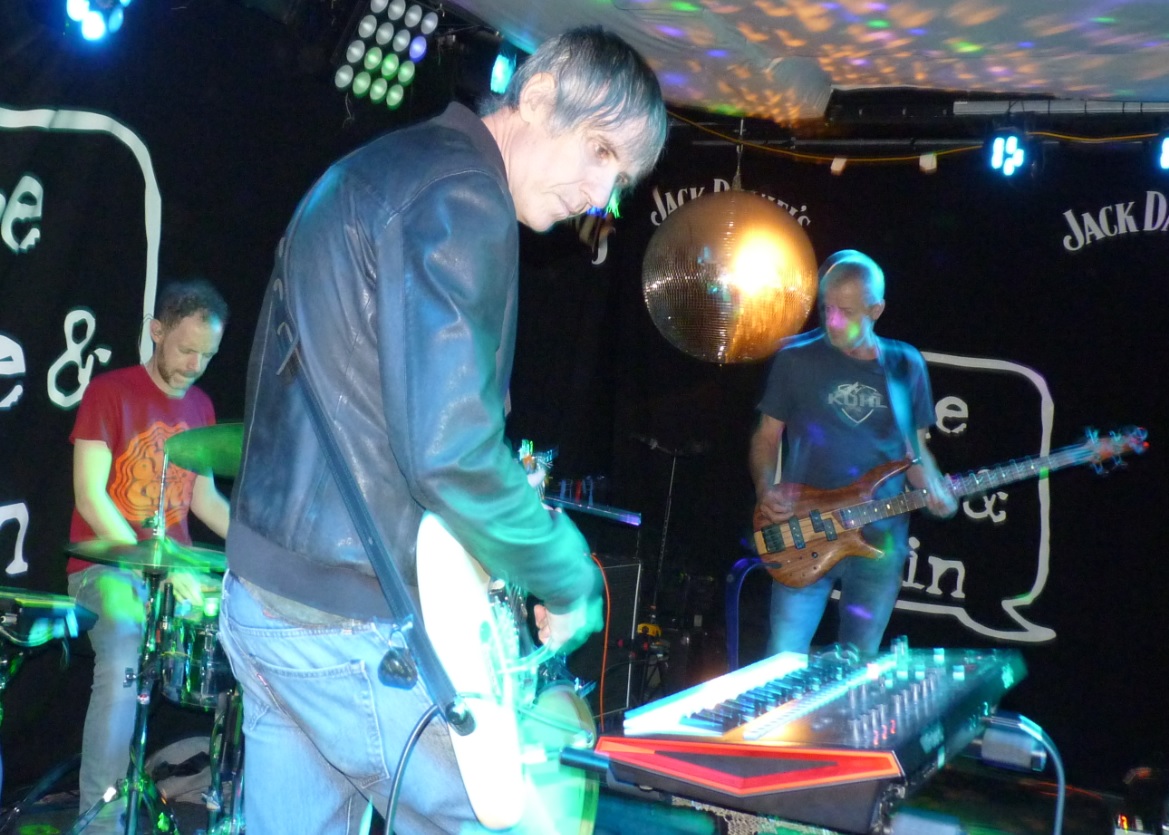 Their hands were being forced and so they had to keep jamming as long as possible, in order to wait for the arrival of the headliners. They performed admirably and strung out a six track set for 67 minutes. Mind you, they are used to it, if their recent two track, thirty-two and a half minute ‘Studio Jams Volume 4’ is anything to go by. You can find this work on their Bandcamp page HERE. 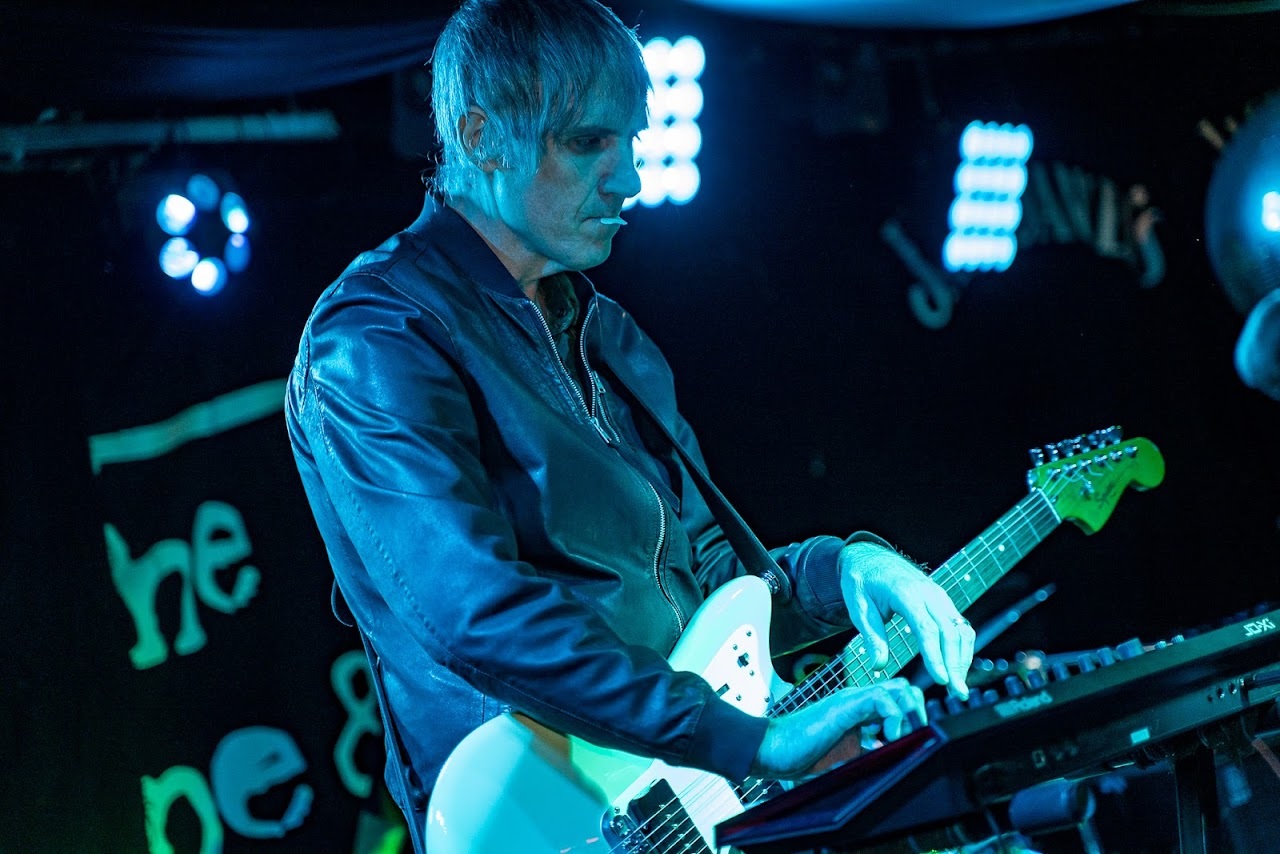 Their set was certainly enough for everyone present to trip out, with their eyes shut and substances of choice absorbed and away you go…… 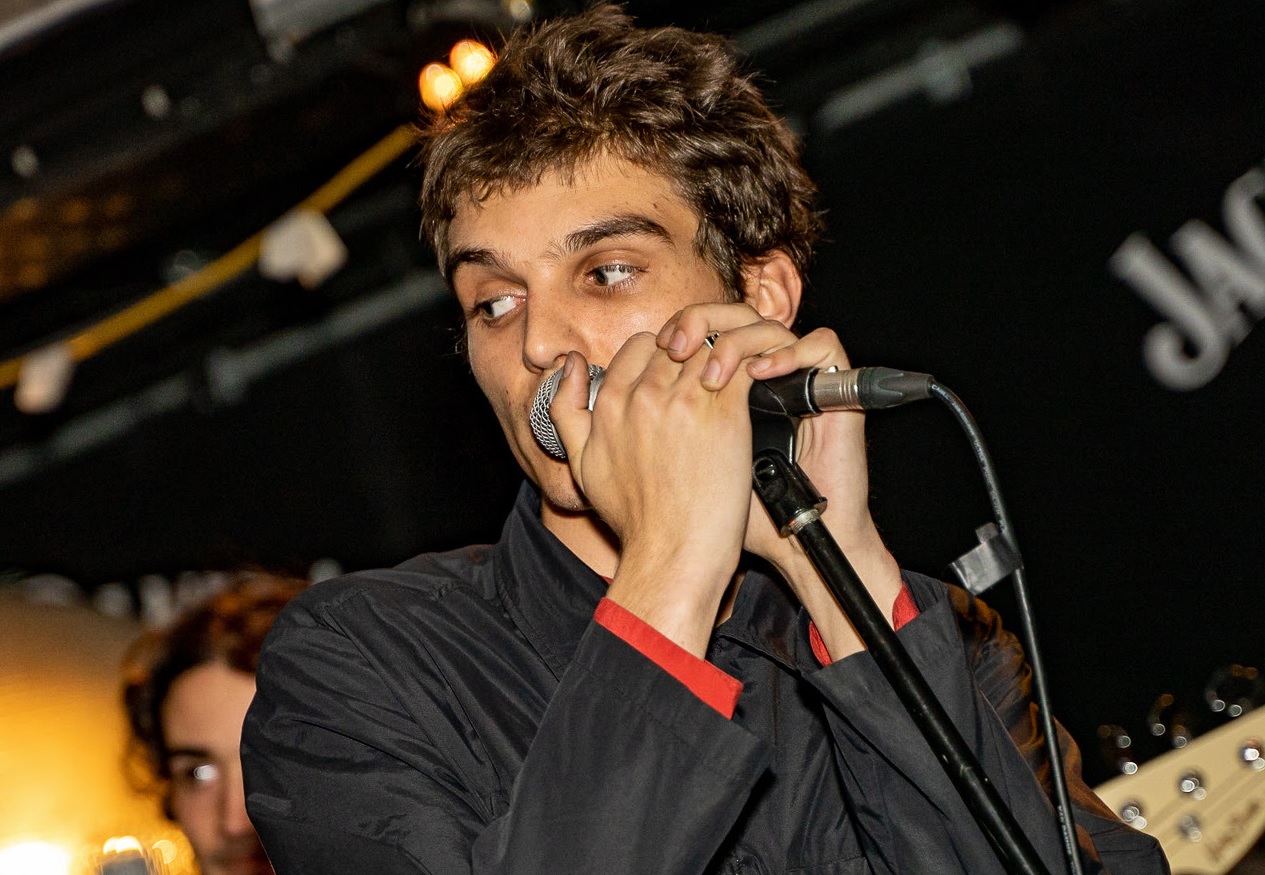 The Psychic Lemon set concluded at 10:07pm, which was 22 minutes after when Sei Still were due to start, but there was literally no sign of them! The audience, who were interestingly nearly all clad in black, were waiting patiently behind the crowd barriers for the headliners arrival.

We adjourned to the bar downstairs for some liquid refreshment. That was purchased, and we stared out of the front windows in anticipation. The minutes passed. Still nothing! Then all of a sudden, a dark coloured minibus drew up outside the venue with a screech. The doors flung open and these guys jumped onto Queens Road. Were they doing a bank job? No, it WAS the band! We left our drinks and ran across the street to assist with the bringing in of their bags and various kit and guiding them upstairs! There was so much kit, how on earth are they ever going to set it up in time? 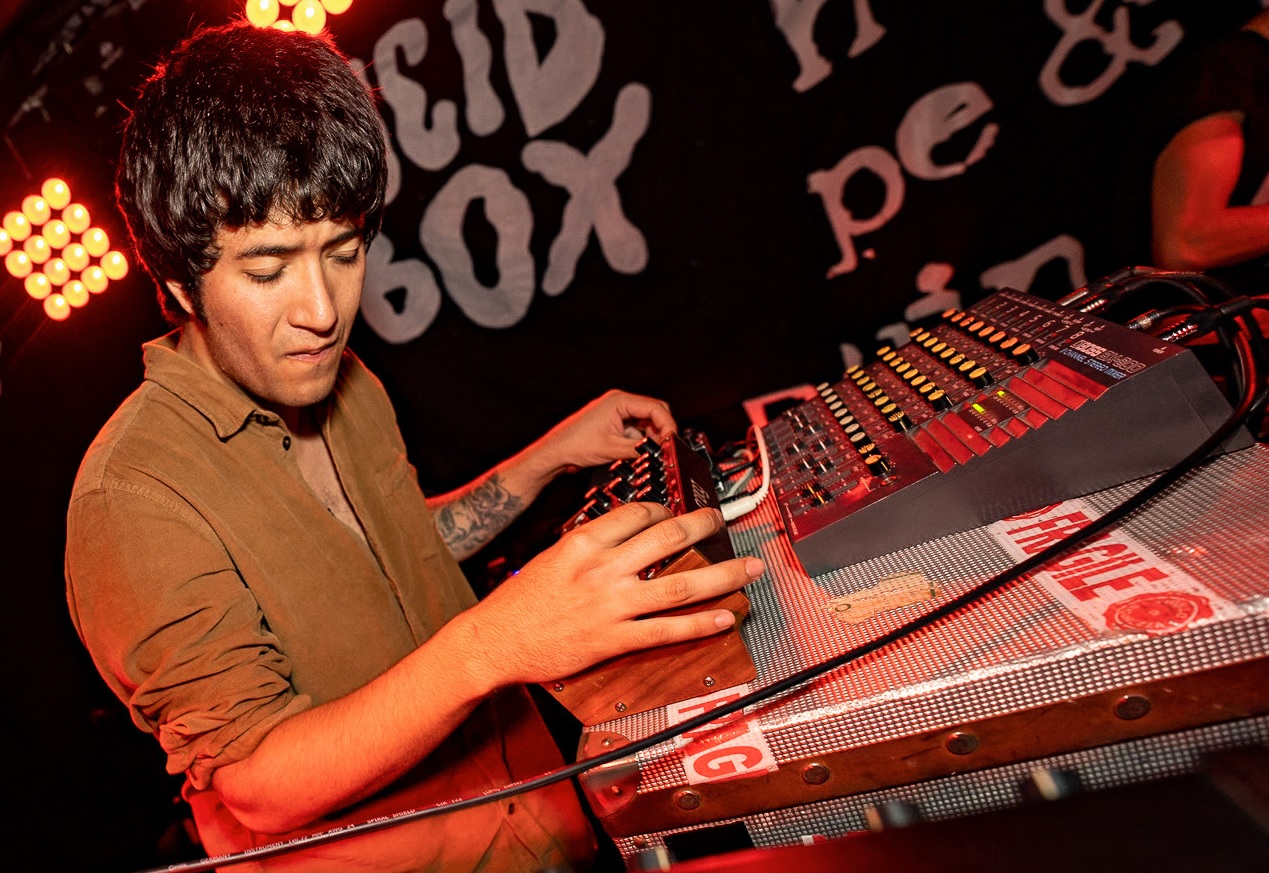 The quintet beaver away on stage, plugging everything into their European plug adaptors. It turns out that this handful of young Mexican guys are now based in Berlin. They set up their Korg, and another Korg, an Oberheim, a Yamaha Reface YC keyboard, and a Moog with knobs to twiddle. The two guitars and bass are sorted and so are the drums. It’s all systems go!

The time is 10:59pm and gigs normally finish by 11pm, so what’s going to happen? It appears that they can perform for us as there is an extension including a DJ set downstairs from Harry of Wife Swap USA on the go. Phew! Well done guys! 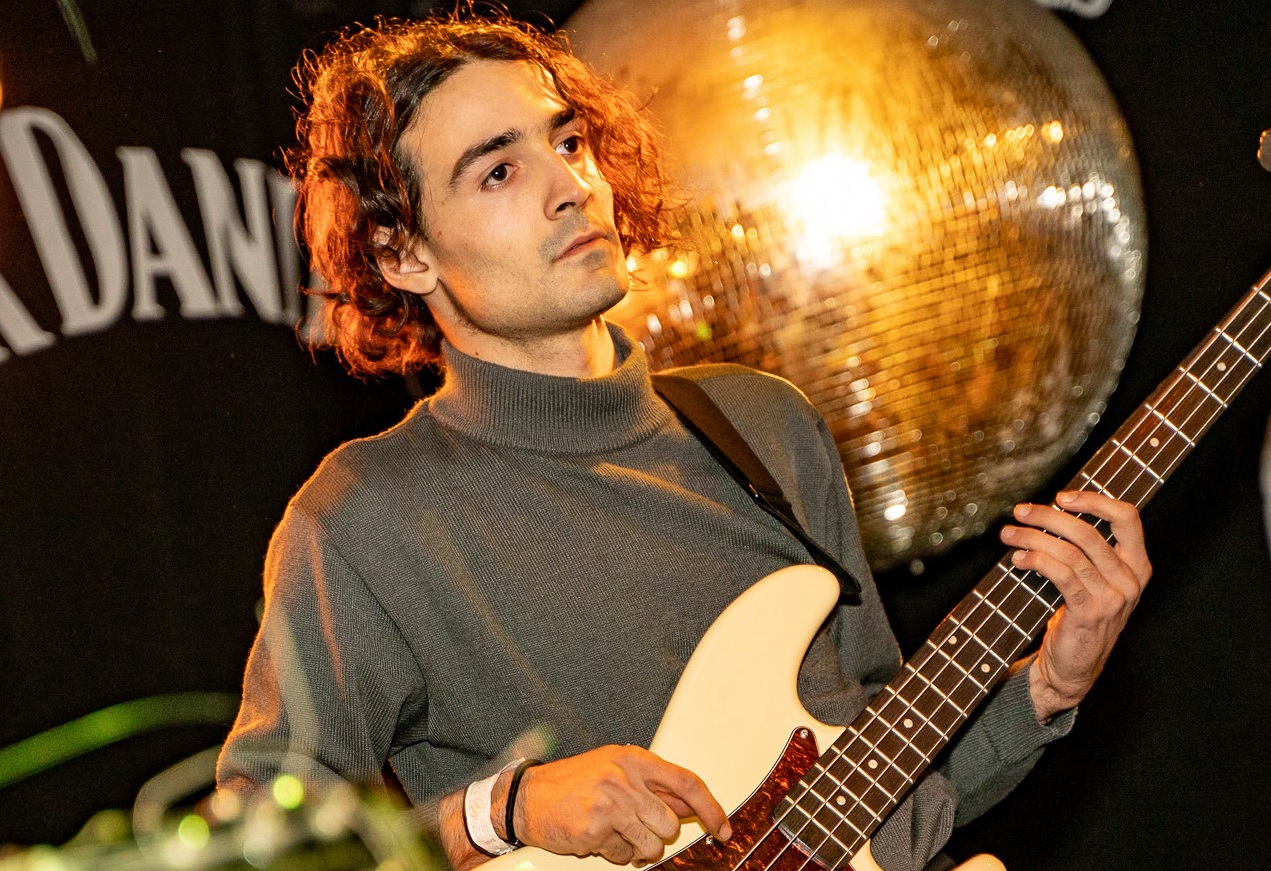 Sei Still consists of Sebsatián Rojas (synths), Lucas Martin (vocals/guitar), Jerónimo Martín (drums), Andrés Lupone (bass) and Mateo Sánchez Galán (guitar) and this evening the performed eight tracks for us. Obviously there was no time for an encore tonight, so their set concluded at 23:44pm.

Prior to witnessing the band live, Sei Still to me conjured up an updated version of a wonderful mixture of early Kraftwerk, Neu!, Hawkwind, Moon Duo, Stereolab and Rakta, rolled up into one fabulous continual motorik space jam, where the avid listener is transported into an early 1970’s psychedelic world of dreamscapes and illicit substances. It’s music that you play loud and close your eyes and float off to………. 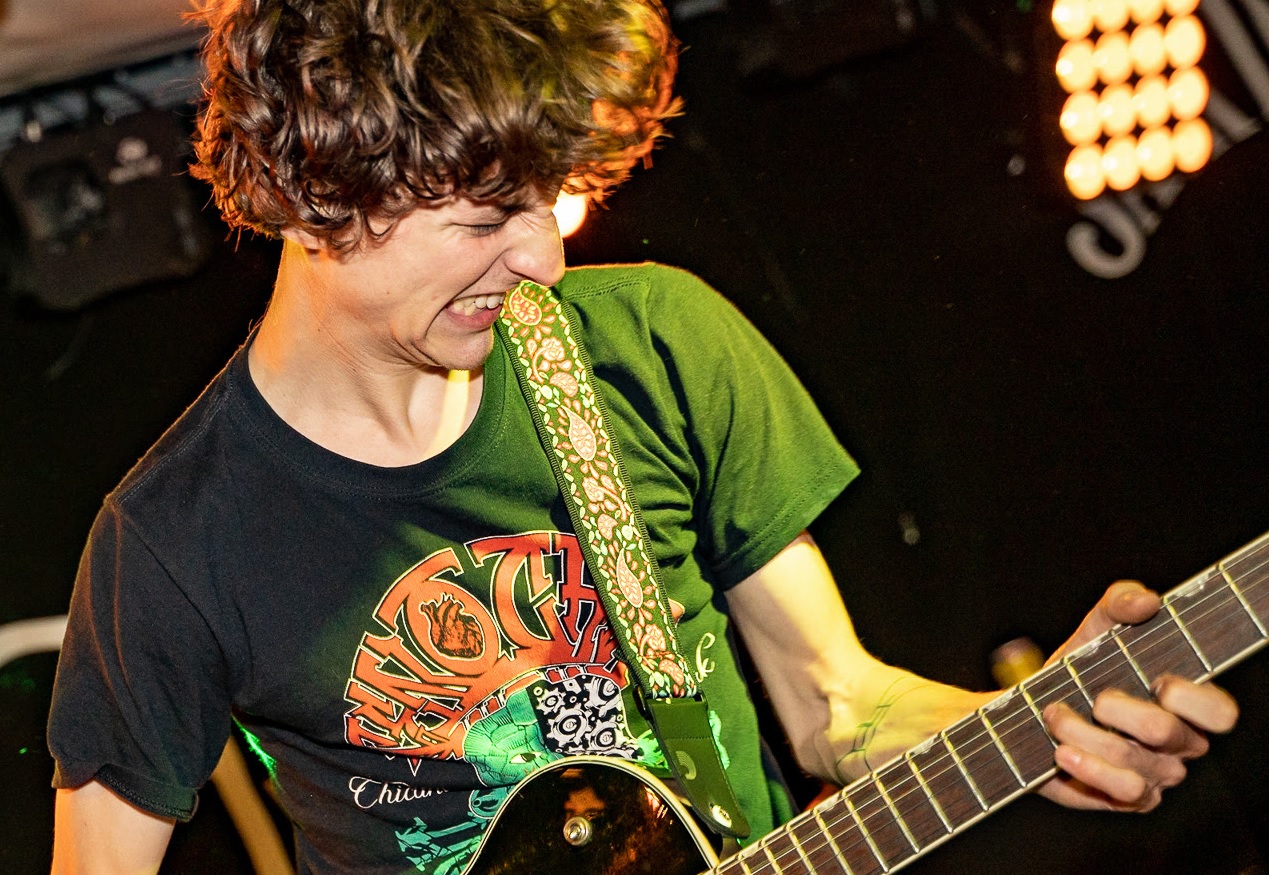 Last year saw the band release their self-titled album via London based Fuzz Club Records. Check it out HERE and also their other material on their own Bandcamp page HERE. 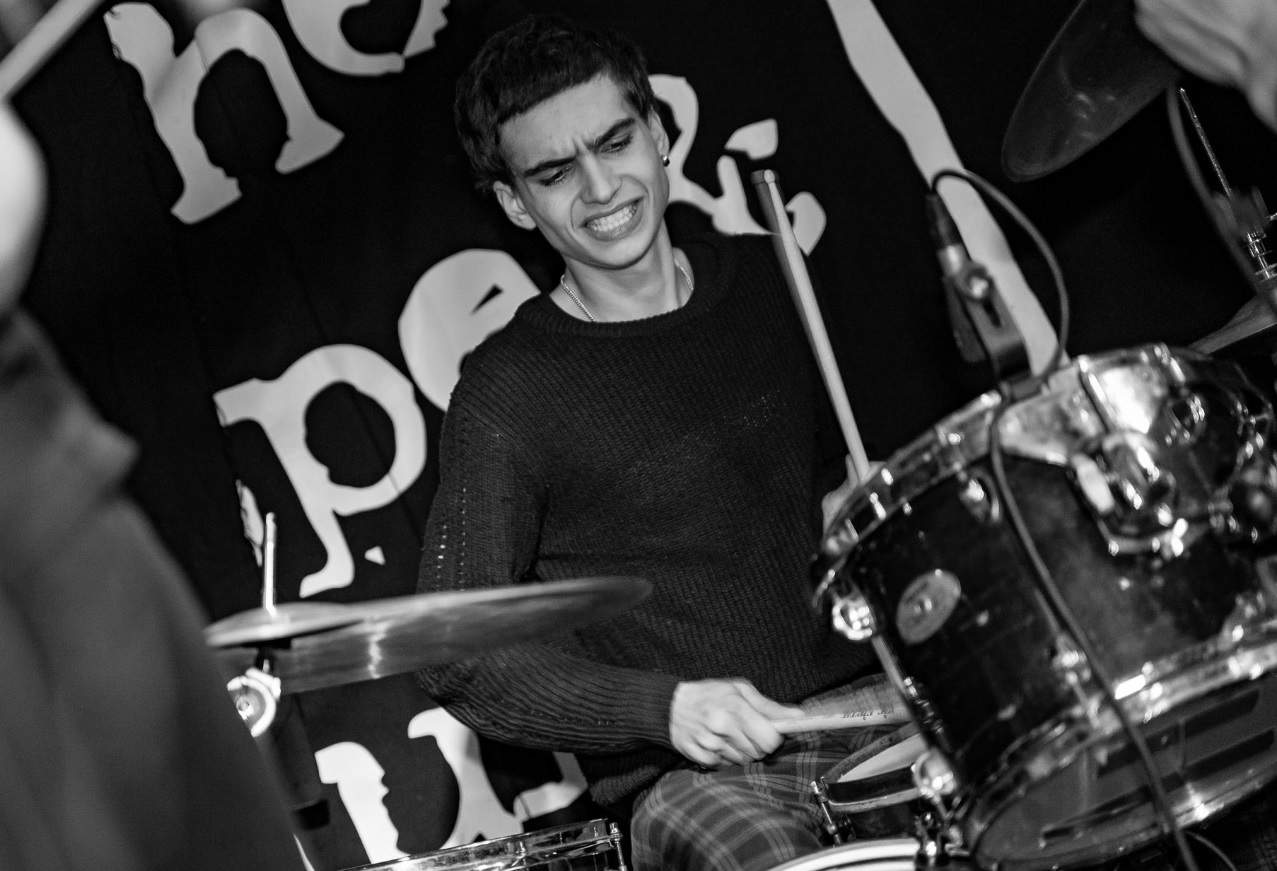 Not surprisingly, they dedicated their first number ‘Extrarradio’ – which will be the opening number on their self-titled nine track album which is due to drop on 26th November – to the French and English border control. As they worked their way through their set, there was a distinctive 60’s guitar twang at times, accompanied with drumming akin to Steve Morris from Joy Division. I enjoyed the swirling synths and guitar sounds, which occasionally reminded me of The Velvet Underground mixed with The Doors and Joy Division’s ‘Atmosphere’ – fabulous stuff! In fact a few numbers did remind me of Joy Division and for that, Sei Still can certainly do no wrong! 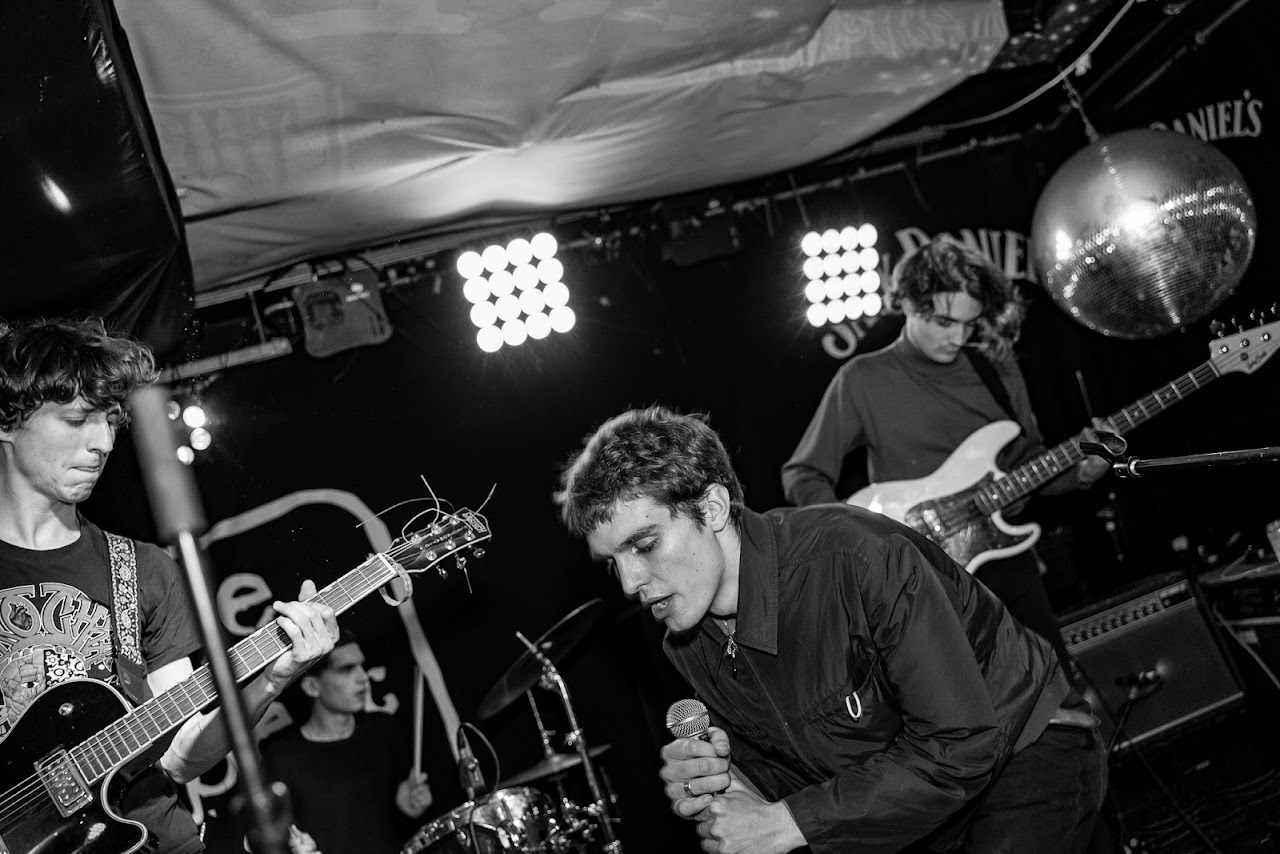 The audience bopped when required and gawped at other times. Polly from Acid Box promoters was clearly very relieved that everything had worked out just fine in the end. There are some plans for them to return to the UK in a few months, but whether Brighton will be included, I’m not sure, but I truly hope that they return as they are a band not to be missed! 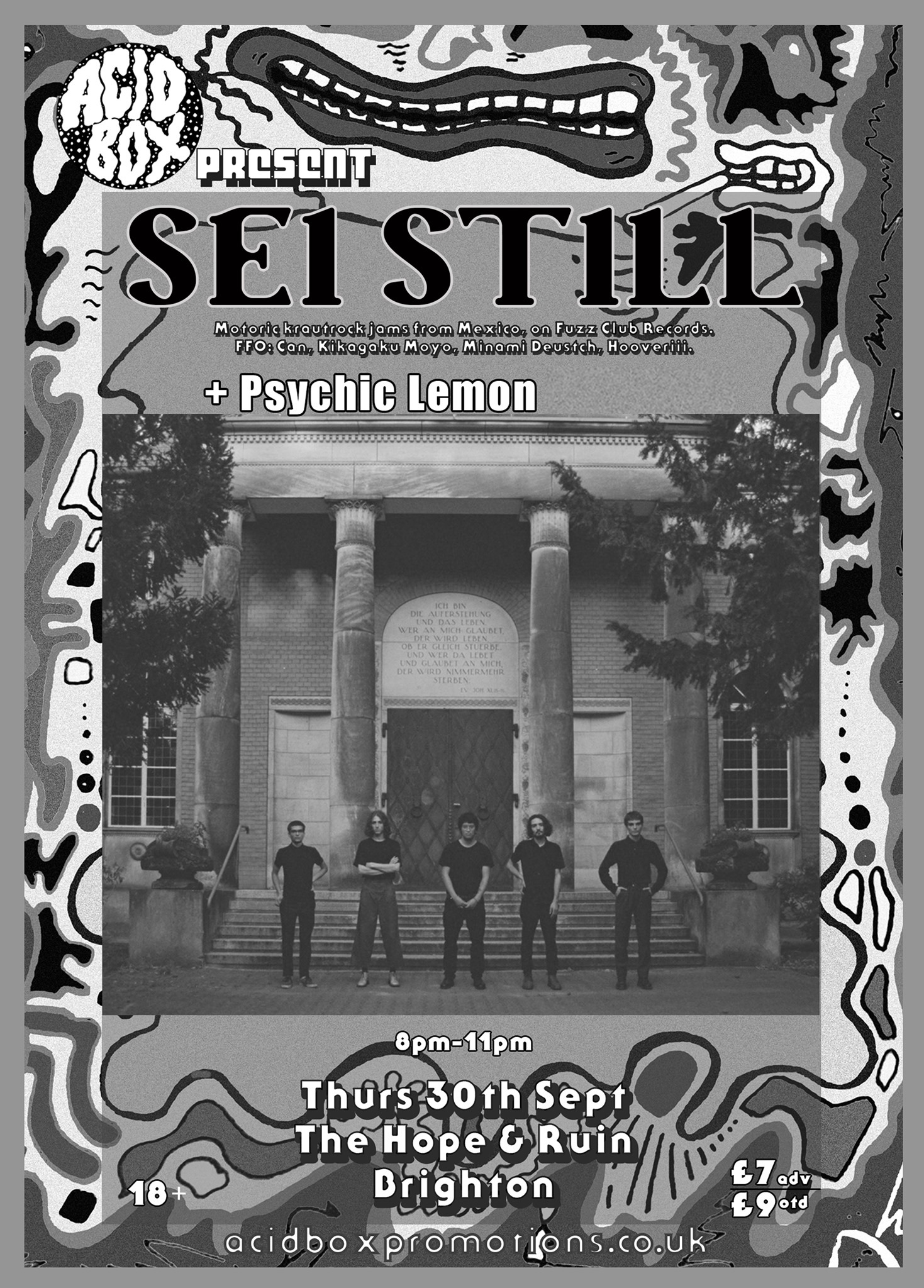 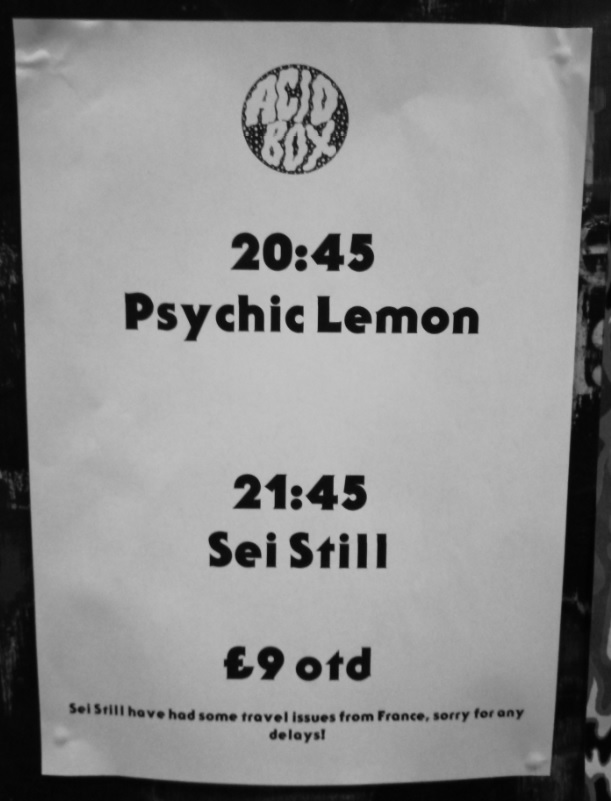