Council chiefs and union bosses are due to meet tomorrow for crunch talks that could end with the bin lorry drivers’ strike being suspended.

But the signs are that a deal could come at a high price, possibly costing taxpayers several millions of pounds and paid for with cuts to jobs and services.

The GMB union is understood to be seeking the views of striking drivers first thing in the morning (Friday 15 October).

And at 9am talks are scheduled to start with senior officials from Brighton and Hove City Council.

If the talks go well, the striking bin lorry drivers could return to work at Cityclean, the council’s rubbish and recycling service.

But the last time the two sides met, the GMB walked out after council representatives made an offer which the union said was worse than an earlier offer.

If the talks go badly, the council is expected to bring in outside help – possibly ACAS (the Advisory, Conciliation and Arbitration Service) or former national union boss Gerry Doherty who arbitrated previously.

Cityclean crews work seven days a week and the current drivers’ strike is due to end on Sunday (17 October) with crews resuming their duties for three days from Monday (18 October).

A second two-week strike is currently scheduled to start next Thursday (21 October) followed by another strike slated to last until Sunday 21 November.

The special meeting of the council’s Policy and Resources Committee – 10 of the most senior councillors in Brighton and Hove – heard a variety of grievances about how the council treats its staff.

But the outcome gave the council’s chief executive and his team a “negotiating steer” including options with regard to pay and grading.

Officials have said that pay was outside the terms of the dispute that formally led to the drivers going on strike.

The union accused council chiefs of pledging to review pay and grading previously to head off a strike and then not sticking to their promise. 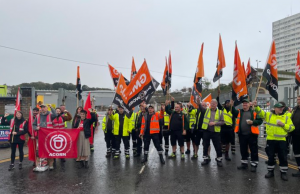 She said that they earned a basic salary of £21,000 a year and the highest-paid drivers could make £28,000 if they worked overtime.

But at the meeting yesterday, members were told that drivers could earn £5,000 to £10,000 more if they worked for some of Brighton and Hove’s neighbouring councils.

And the dispute was taking place at a time when there was a national shortage of lorry drivers, with the Prime Minister Boris Johnson also pushing for a high-wage, high-skilled economy.

Councillors and officials were concerned though that equal pay rules could leave the council open to legal action if they move drivers to a higher pay grade.

And they fear that many other workers at Cityclean and in other council jobs – as well as in local schools – would then have to be paid more. 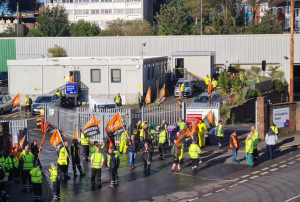 But with the threat of drivers leaving for other jobs – rather than just going on strike – their grades, pay and market supplement may have to be reviewed as part of any deal.

The council could manage a modest upgrading and, heading off equal pay claims from some groups of staff, end up potentially spending an extra £4 million a year.

A complete retreat though could cost more than £14 million a year – or almost 2 per cent of the council’s annual revenue budget of more than £700 million.

The fall-out could include cuts to jobs and services to help fund a deal, with no guarantee of more modern working practices at Cityclean’s Hollingdean depot.

One of those close to the talks said that the council is paying a high price – financially, politically and reputationally – for treating like muck those who clear our rubbish.

The council and its policies are full of phrases about dignity, respect and equality – but they prompt a hollow laugh from some of those at the bottom of the pile.

Another blamed the unions for looking for a chance – another chance – to flex their muscles and hold back changes at Cityclean that would mean a better service for residents, businesses and visitors.

But one GMB official said that it was their job to get the best deal for their members who were among the lowest-paid workers in a high-cost city.

Tomorrow morning both sides will meet with pressure mounting to end the strike and find a way forward.

Don’t look for the puff of white smoke that signals a new Pope – look instead for dark diesel fumes as the council’s ageing fleet of dustcarts returns to our rubbish-laden streets.