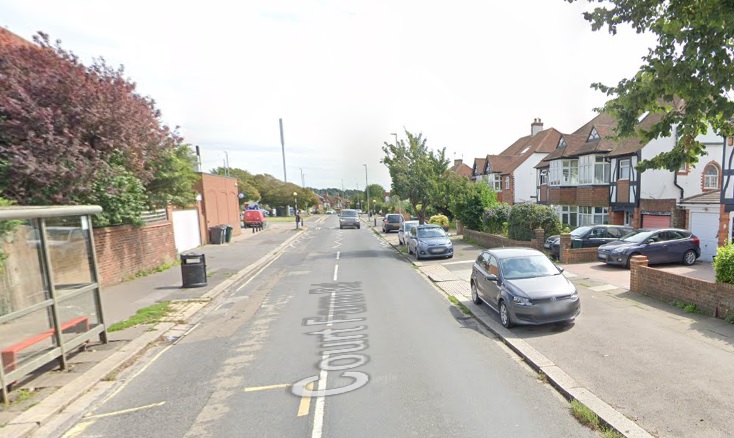 A driver who hit an 11-year-old schoolgirl as she crossed the road has been fined £253 after a charge of dangerous driving was dismissed.

Luke Kelly, 24, saw the girl and her friends trying to cross Court Farm Road in Hove after school on 16 September last year, but carried on after seeing most of them stop.

However, the girl carried on stepping into the road and was hit by his Ford Fiesta, breaking her nose and cheekbone.

Prosecuting at Brighton Magistrates Court yesterday, Emily Thornton said he had stopped and called 999, but told the operator he was not the driver, and left the scene.

Defending, Oliver Mackrell said Kelly, of Forge Close, Portslade, had left his details with a teacher.

Ms Thornton read out a victim impact statement from the girl, in which she described how the crash had seriously affected her confidence.

In it, she said: “I’m still scared to walk home on my own or go to the park on my own.

“I feel left out by my friends because they go to the park after school and I can’t do that.

“I get really scared as I’m crossing roads because I think I’m going to get hit by a car.

“I often cry at night. I have lost confidence and independence.”

Mr Mackrell said the original charge of driving dangerously had been dismissed at crown court because Kelly had not been speeding. A lesser charge of driving without due care and attention had been sent back to the magistrates court, to which he pleaded guilty.

He said: “The defendant saw the group of about six children. They stop and he thinks that they’re not going to continue and very, very unfortunately the victim continues by herself.

“I would class it as a momentary lapse of concentration. Maybe he could have possibly slowed down and exercised more care.

“This is a young man who is a very careful, responsible driver. He stopped and went to her and comforted her straight away. It’s an incredibly sad situation which, very rarely, does happen.”

Sentencing, district judge Tessa Szagun said: “There’s a huge responsibility that comes with driving a motor vehicle and of being alert to other users on the road, in particular young people when you are approaching a school premises.

“Young people who do not always behave in the same way as you might expect adults to behave.

“Having heard everything I have have the circumstances in which this terrible accident occurred I have to accept that this was a momentary lapse on your part and not anything which falls into higher brackets of culpability – normally excessive speed or carrying out other tasks which would interfere with your driving.

“Of course what that means is that any penalty for dealing with you, as has been agreed by the prosecution and defence, falls into the range where I fine you and impose penalty points and I have had to think very carefully about that given the fact there were very traumatic consequences for this young person and her injuries have been significant.

“But give that you pleaded guilty to this matter and accepted responsibility, at least any claim for compensation can be dealt with swiftly and effectively.”

Kelly was fined £253, ordered to pay a victim surcharge of £35 and costs of £85 and given six points on his licence