Man in court over towerblock assault 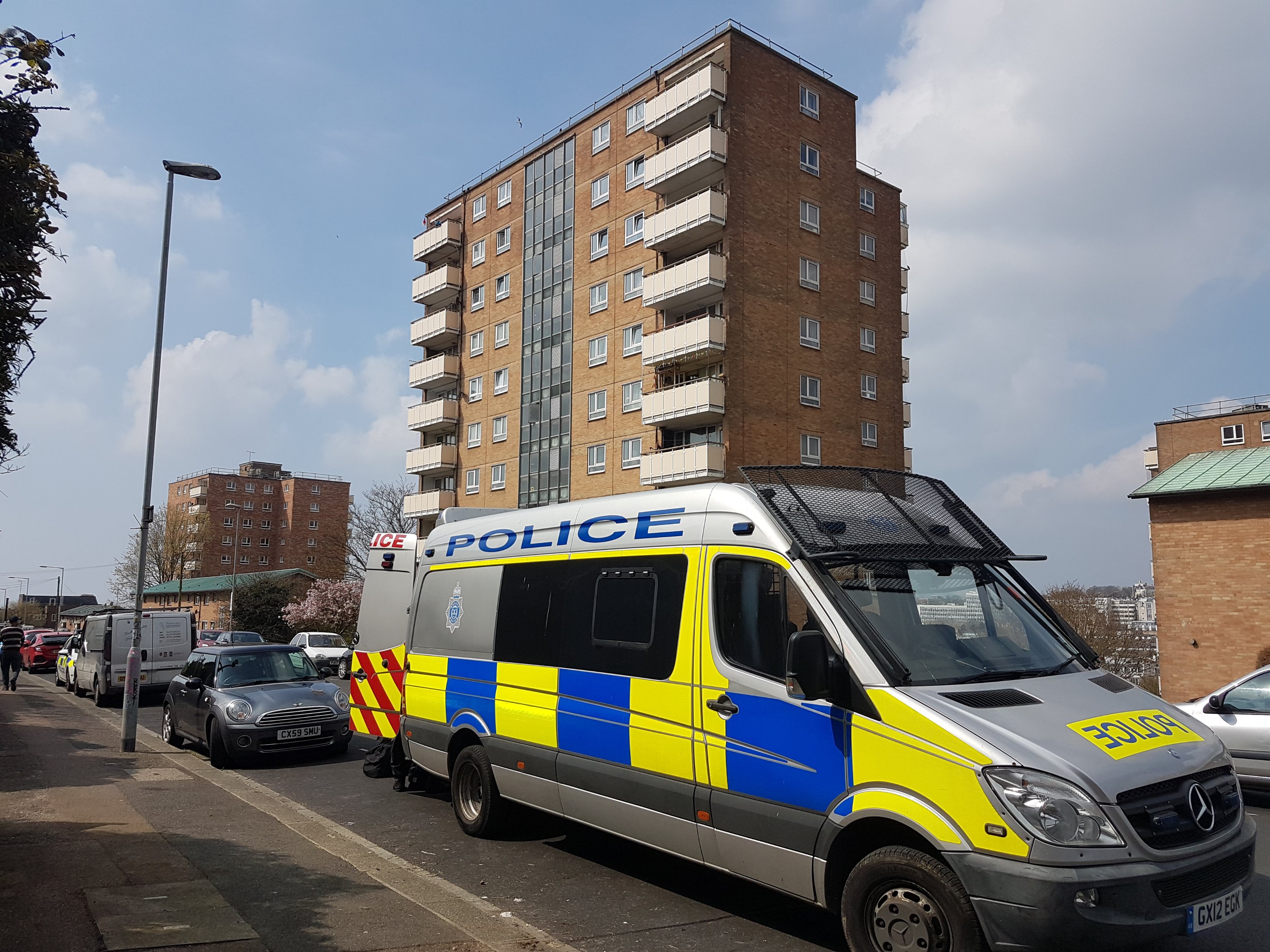 A police van outside Richmond Heights on 21 April

A Brighton man has been charged with assault and affray over an incident in which objects were thrown from a 13th floor balcony.

Lajos Olah, 35, appeared at Brighton Magistrates Court yesterday over the incident at the Richmond Heights block in John Street on 21 April last year.

He was charged with assaulting his neighbour Pateh Sanneh, who was injured by a broken picture frame, and of damaging Mr Sanneh’s front door.

The affray charge relates to what is alleged to have happened after police were called.

Olah, a chef, appeared in the dock wearing black jeans, a black shirt and a black leather jacket.

He was living at Richmond Heights when he was charged last month but told the court his address has since changed to Buckingham Place, Hove.

District Judge Tessa Szagun declined jurisdiction for the case because of the seriousness of the charge and sent the case to Lewes Crown Court, where Olah will next appear on 18 November.