Rat running campaign revived after girl, 10, knocked over by car 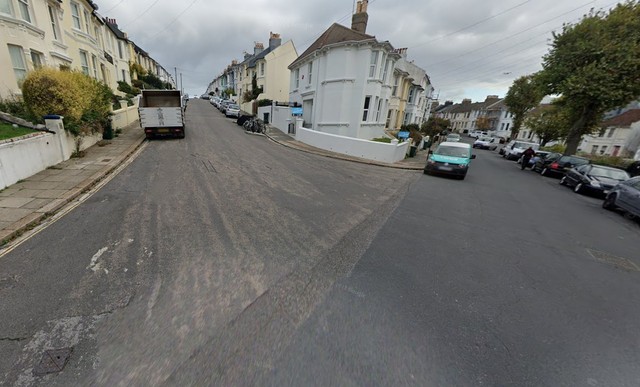 A 10-year-old girl being knocked down by a car has revived a 15-year campaign against rat-running.

Nearly 150 people have signed a petition calling for action to stop people using roads in Round Hill as a rat run to avoid the traffic lights at the junction of Ditchling Road and Upper Lewes Road in Brighton.

The issues has bubbled away for more than 15 years but boiled over after a child was injured last month.

Neighbours in Round Hill want traffic calming measures such as speed bumps and a vehicle-activated speed warning sign along the route as they are concerned about drivers breaking the speed limit.

The petition said: “The problem has only worsened since the introduction of the new traffic system at this junction in Spring 2021. After years of countless near misses, sadly, a 10-year-old child was knocked down on Prince’s Crescent on 18 October 2021. Thankfully, she is recovering.

“It is clear the Round Hill rat run poses an increasing danger to pedestrians, as well as other road users.

“These are residential streets with many families and young children, and the rat run route is the way local children walk to and from the nearby Downs Infant and Junior Schools.

“The range of traffic-calming measures requested by Round Hill residents in this petition are in line with council initiatives to promote active travel and low-traffic, liveable neighbourhoods across the city.”

The move comes 17 years after Brighton and Hove City Council put bollards in Richmond Road, which ended up displacing rat-runners along Prince’s Crescent and Wakefield Road.

Round Hill resident Dominic Furlong said the residents raised the issues in 2004 after bollards split Richmond Road and displaced rat-runners along Prince’s Crescent and Wakefield Road.

He said: “At the time, residents were fairly equally split between the options proposed by the council (one way/no-entry signs, speed bumps, etc.), and so no action was taken.

“Rat running along these roads has continued to be a problem since then but has worsened since the introduction of the new traffic light system at the junction of Upper Lewes and Ditchling Roads the Spring of this year.

“In addition, Round Hill residents petitioned the Environment, Transport and Sustainability (ETS) Committee in October 2019 to consider narrowing the dangerous junction where Crescent Road meets Prince’s Crescent, within the broader context of a Round Hill greening-low-traffic neighbourhood project.

“The ETS Committee agreed to an officer’s report but has yet to deliver it.”

The petition is on city council website until Monday 15 November.