Parents are banding together to fight plans to cut admission numbers at seven schools across Brighton.

Concerned parents have set up a Facebook group for the School Places Campaign as well as a petition.

The move comes as seven primaries in some of the most deprived areas locally face losing a reception class – or half a class – as the council tries to tackle falling pupil numbers.

They face propose cuts to their published admission number (PAN) which are now the subject of a Brighton and Hove City Council consultation.

Under the proposals, Bevendean, Coldean, Rudyard Kipling and Woodingdean primary schools would have their intake number reduced from 60 to 45 pupils.

The loss of half a class is likely to lead to children being taught in mixed aged groups.

The reception intake at Carden and Queen’s Park primary schools would drop from 60 to 30 pupils and Saltdean Primary would go down from 90 to 60 pupils.

“The impact of these changes are also greater on these families because these schools are not clustered around other lots of other schools and instead serve the communities on the outskirts of Brighton.

“If these proposals are allowed to go ahead, then children from these communities are going to be forced to travel much further distances at a time when the council has made a commitment to be carbon-neutral.

“The council talks about how they are trying to do this to prevent a school from closing but it seems as if they are instead trying to manage which school closes.” 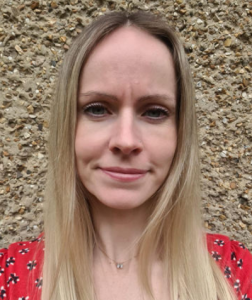 In an email to Green council leader Phélim Mac Cafferty and all councillors on the council’s Children, Young People and Skills Committee, Ms Erin-Jenkins said: “At this point in time, only one school has had their meeting and yet the consultation period has already been open for a week.

“Since it requires a certain amount of time to organise parents and members of the community to put forward their views, and part of this time is right over the Christmas period, this appears a deliberate act to suppress debate.”

Councillors shared the same concern at a meeting at Hove Town Hall on Monday 8 November.

The council’s head of schools organisation Richard Barker told the committee that the timing was “set in stone” by the schools’ admissions code and had to take place over at least six weeks between October and February.

As well as the combined petition, parents have set up separate petitions on the council website to oppose reduced numbers at Carden, Woodingdean and Bevendean primary schools.

Mr Barker also told the committee that forecasts indicated that parents would apply for just 1,930 primary and infant spaces in September 2025 – down 20 per cent from this year.

There were 2,820 reception year places this year – and the council wanted to reduce the number by 540, keeping some spare capacity to allow for choice and people moving to the area.

Earlier this year, Downs and Goldstone primary schools and Stanford Infant School all successfully appealed against reduced admission numbers for next September.

Brunswick Primary School, in Hove, is waiting to learn whether its late appeal has succeeded in preventing a cut to its four forms of entry.