A Brighton school can go ahead with its plans for a new 400-seat theatre and performing arts centre.

The decision came after a two-month delay because of concerns about the lack of disabled access to a balcony, no detail about community access and potential parking pressure.

The school submitted a planning appeal because the process had taken more than the 13 weeks allowed in law.

Council planning officials advised councillors to be “minded to grant” planning permission at the meeting at Hove Town Hall.

The independent school said that the new building was the “grand finale” of its 10-year masterplan to redevelop its Kemp Town campus. It has more than 1,000 students aged 11 to 18, most of them “fee-paying”.

Labour councillor Daniel Yates asked why it was necessary to have the technical desks on the balcony, which is not accessible, when there was wheelchair-accessible space by the stalls.

The school’s project manager, Steve Patten, who uses a wheelchair, said that the technical gallery could be dropped down to stage level to allow wheelchair users to work with the equipment.

Mr Patten said: “The accessibility to the tech area is taken care of by the equipment being dropped to the stage.

“The only area without wheelchair access is in the balcony, but we have put the wheelchair-accessible spaces within the auditorium, which are the best seats in the house anyway.”

The school said that the design did not include a lift to the balcony after feedback from Historic England.

It had raised concerns about the scale of a previous design for the new performing arts centre and its effect on the grade II listed main school building.

Brighton Access for Disabled Groups Everywhere (BADGE) campaigner Pippa Hodge sent a comment to the committee asking why no changing places facility had been included in the school’s plans.

New buildings that can hold more than 350 people are required to have accessible toilets, the committee was told.

Green councillors Sue Shanks and Leo Littman raised concerns about the lack of a changing places facility but were told that it was covered by building regulations rather than planning law.

Councillors were told that the rules for changing places applied to buildings open to the public and did not apply to Brighton College because it was available only to pupils and visitors.

Councillor Littman said: “There’s been this discussion about whether it is available to the public.

“It seems to be Schrodinger’s theatre, in that it’s available for community use but not the public. I’m not sure how that’s possible, but that is not something we can consider.”

Councillor Shanks voted against the scheme. She said: “I’m still not sure if this is a theatre or a school. I am concerned about the access.

“It’s a new building so we should be demanding that every aspect can be used and there are proper facilities.” 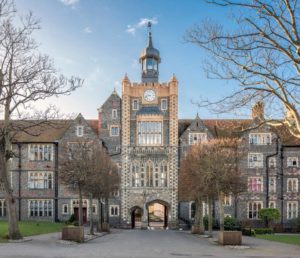 Labour councillor Clare Moonan said that she was not 100 per cent satisfied with the response to councillors’ questions but voted in favour of the scheme.

She said: “I like the design but I think it’s too big. It’s a shame they didn’t come up with something more proportionate to the site.

“I think they’ve built a theatre bigger than they needed to. They could have had the same education and functionality out of something smaller.”

Conservative councillor Carol Theobald said: “It’s a great design. I don’t usually like modern designs but I think this is high quality. It’s a wonderful facility not only for the school but for the other schools that will get to use it.”

Nineteen schools across Brighton and Hove were listed as working in partnership with Brighton College and would have access to the theatre once it was completed.

The committee voted six to one in favour of the scheme. 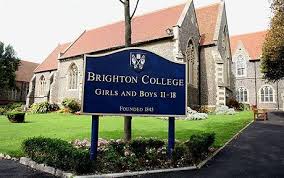 Independent councillor Bridget Fishleigh did not take part in the debate nor vote because one of her sons has a scholarship at the school.

The proposed building would be faced with light grey stone with square knapped flint accents and have 3,180 square metres of floor space over three levels and a basement.

It would stand in the centre of the site – the location of the 1980s Lester building, the 1950s science block and the existing performing arts centre built in 2000.

None of those buildings – all earmarked for demolition – is listed and, in August, the council granted planning permission to demolish them to make way for the new structure.

The school’s campus is a conservation area and the buildings forming the college’s main quadrangle are grade II listed.