A shopper punched a checkout worker at a Brighton supermarket and in a second incident this week another man tried to steal shopping worth almost £200 from another nearby store. 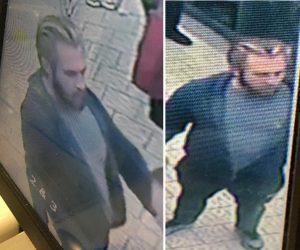 Sussex Police said: “Police are appealing for help identifying two men in connection with an assault and theft in two separate supermarkets in Brighton.

“The first incident took place at around 2pm on Monday (29 November) at the Lidl in Arundel Road.

“There was an altercation at the tills where a staff member was punched twice and required medical attention for a minor injury.

“Police investigating the assault believe the man pictured (above) could help with their inquiries.

“A second incident took place two days later (Wednesday 1 December) at around 7am at the Asda store in Brighton Marina.

“A man attempted to steal £184 worth of items from the supermarket, some of which were smashed during an altercation with staff.

“Police believe the man pictured (below) could help with their inquiries.

“He is described as in his early thirties, 5ft 10in tall, with short dark hair and was wearing a black top, dark trousers and white trainers. 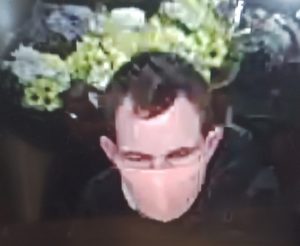 “Anyone with information which could help officers is asked to report it online or call 101 quoting serial number 299 of 02/12.”