There are many reasons you can cite as to why 12 years of Conservative government have let our city down. Here’s one: a huge increase in the cost of living, creating a crisis of affordability.

The rising costs to people’s purses mean that many who live in our city are struggling with the cost of housing, fuel bills and general costs.

The costs of bringing up a family in a city like Brighton and Hove have gone up massively. And therefore many young families are being priced out.

Councils like ours are fighting tooth and nail to build, introduce and buy more affordable homes. But one of the consequences of these long 12 years of Tory policy is that the number of pupils in our schools is falling year on year and predicted to do so going forward.

It’s not just happening here. A survey of 71 councils in England found that 63 had seen a fall in applications for school entry – only eight had seen a rise.

As a city we have a large number of surplus – or additional – places open in our primary school classes that can’t be filled.

This number has been increasing over the last few years and we anticipate that we will have 770 spare places by 2025.

Over the last few years, we have sought to address this, following the government’s recommended threshold of a surplus of about 5 to 10 per cent.

This creates pressure on their budget – and could mean they end up in debt. Financial planning becomes more and more problematic, on top of years of cuts to school budgets from central government.

Sadly, the work to address a growing surplus of school places in our city therefore becomes more and more urgent, driven by the need to help schools manage their budgets and our desire to stop rising debt and keep all schools open.

When schools do go into debt, this is covered by council funding – generated from council tax, business rates, other grants and other fees and income.

This is the money we also use to pay for council services – from bin collections to children’s social work.

Sadly, the council has little money left to fund this debt after 12 years of cuts from central government, stripping £100 million from Brighton and Hove City Council’s budget.

We want to keep schools open – but the challenge is acute.

Rather than respond to the problem, government pursues a steadfast commitment to “parental preference” above all other factors.

As school places continue to fall in our city, to keep schools open we urgently need a cross-schools approach, where larger schools, particularly those closer to alternatives or those which are well resourced, adjust their PAN (published admission number) to respond to the falling birth rate.

This gives smaller schools – often located in areas where there are fewer alternatives or higher levels of deprivation and disadvantage – a fighting chance to stay open as school places are distributed more equally.

Yet repeated decisions from the government’s schools adjudicator have made it clear that “parental preference” is the main factor in how they decide on school’s pupil admission numbers.

A recent study published in the Journal of Social Policy made a key argument about how to address this problem that I have heard repeatedly over the last few years – that something other than parental preference must factor in to how areas plan places at schools. 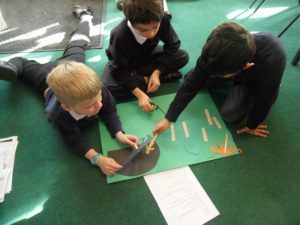 This is ironic, given that falling pupil numbers and huge deficits will probably lead to more school closures, particularly of smaller, community schools – not fewer.

In the study, they found that parents in Scotland are more satisfied than parents in England when it comes to the outcome of the school admissions process.

The difference? Parents in Scotland are normally allocated their nearest school, rather than being given a choice which may then ultimately disappoint.

Left with a crisis in falling numbers and wanting to protect all schools, councillors have worked cross-party since before I was even a councillor to address these issues locally.

But the strategies we have pursued so far won’t guarantee pupil numbers will rise again or that decisions on our PAN locally won’t be overruled by government.

In this year’s consultation we followed the direction of the schools adjudicator through gritted teeth. It was made very clear to councillors that there would be an impact on our ambitions around making things fairer for disadvantaged pupils.

The consultation was delayed until later than usual to try to encourage larger schools to play their part.

But faced with objections from larger schools, along with the pupil numbers at some schools (like voluntary aided schools and academies) being out of our control, we felt at that time that opening a consultation on options for pupil places was our only option.

Throughout the consultation I made clear that my mind was not made up. I wanted to listen to the debate and discussion that was had.

I urged councillors from all parties to attend the consultation meetings. I directly met with as many head teachers and governors affected by the proposals as I could.

The result of this important engagement is that this year councillors will be asked to not make these specific reductions.

We know this still leaves us with a large number of spare places. Many people we spoke to during the consultation made it clear they wanted all schools in the city to play their part in reducing the overall number of surplus places in our city – particularly larger schools and schools situated in areas where there are accessible alternative schools.

We also heard from many schools that they felt they were managing their budgets well in the current circumstances. I want to thank schools for their continued application to stretch budgets when things are so tight.

What we do now

We will look again – and hope for continued engagement from larger and voluntary aided schools, working together to address the problem.

We know that the falling pupil numbers tell us the reality: it is likely we will have to continue down the path of making pupil place reductions in future years.

This may well mean that some of the schools we consulted on this year are included in future consultations.

I hope, having heard loudly and clearly the feeling of some parents, that some schools who previously rejected our calls to look at their PAN will reconsider.

We know that data forecasts have been found to be accurate. Over the past few years, council forecasts of the number of places available have been between 96 to 99 per cent accurate when reviewed against the applications received.

This unfortunately only further underlines the likelihood that we will continue to see a reduction in pupils in the city. This is sadly not something that will go away.

But we will not be compliant to a government that isn’t willing to act fairly and that rides roughshod over schools that serve more outlying or more deprived areas of our city.

For a government apparently intent on discussing “levelling up”, it should look again at its commitment to pursuing a parental preference policy at all costs – as well as truly tackle the cost of living crisis.

Until it does, we will face continuing inequalities within our school system.

Councillor Hannah Clare is the Green deputy leader of Brighton and Hove City Council and chairs the Children, Young People and Skills Committee.