The last three developments we built were all in areas where local government policy requires 40 per cent affordable housing. We delivered just over 11 per cent. Here’s why.

Affordable housing and how much developers provide is a matter of much discussion and disappointment among locals.

With property prices continuing to rise, with the amount of new property seen as being priced outside the reach of those on anything approaching a typical income increasing and with the modest number of houses being built by councils themselves, the issue is only going to become more fiercely debated.

I’ll explain how the process works and then why it works – and it’s primarily to do with “existing use value”.

For context, all of the developments we built were within the boundaries of a town or city, nothing on greenfield or farming land of any kind. We as developers consider this important as we want to make use of the areas that need regeneration before we start building on more of the countryside.

When any major planning application is submitted, it is accompanied by a viability document – a submission from the developer as to how much affordable housing can be provided – and at the heart of it is a valuation with some simple figures.

I know a lot of people think that developers pay a third for the land, a third for the build and make a third profit, but that hasn’t been the case this century and not for some time before either.

The report starts with an assessment of what the end value of the scheme will be with the full 40 per cent affordable housing. We sell that at around 35 per cent discount so it makes a big impact on the final figure.

The valuation then works backwards, deducting profit (around 18 per cent – banks funding projects won’t accept less), build cost (varies, but around 50 per cent), surveyors’ fees, agents, legal fees and so on.

It also deducts the amount we pay the council in community infrastructure levy (CIL) or what are known as “section 106” payments. This money is used by the council to pay for the services that it believes are required as a result of the development, such as school places, parks, public artwork and so on. We also pay section 278 money for transport upgrades.

Once you deduct all that, you’re left with a number. That number is what the land is worth.

We then need to compare that land value to what that “existing use value” is. If you’re looking to develop a block of 50 flats, you might be buying three or four houses to do it.

Their value as houses is the existing use value – and if that is higher than the land price with all the affordable housing factored in, then the homeowners aren’t going to be selling them to developers.

No one’s going to get two offers for their home and take the one that’s several hundred thousand pounds lower than the other, especially not just so they can have the pleasure of selling to a developer. 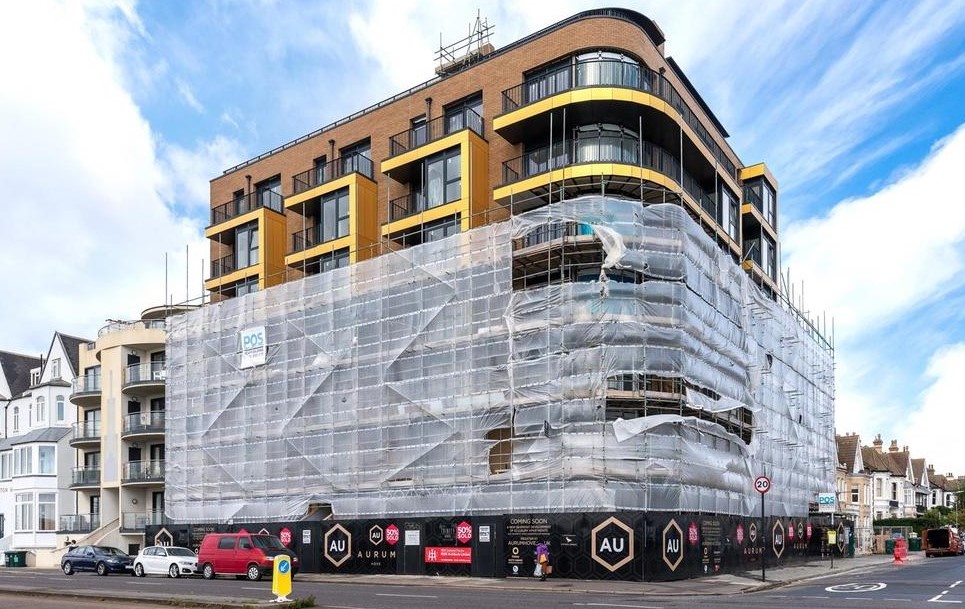 In our viability report, the valuer will then work the other way, taking into account the existing use value and seeing what level of affordable housing can be provided, while still making it worth the home or land owners selling.

Sometimes the answer isn’t much and sometimes councils will decide to take a financial contribution from each scheme instead – known as a “commuted sum” – and use that money for purpose-built affordable housing somewhere else.

Build costs in towns and cities are substantially more than building in the countryside and this, compounded by the existing use factor, can reduce affordable housing delivered in even expensive blocks of flats to near zero.

Finally, the viability report is then checked by the district valuer who may accept the figures or in some cases negotiate for more.

Ultimately, it’s worth reducing the amount of affordable housing so that schemes can still be built if that’s what is required.

People need homes but the government falls short of its target every year.

A visualisation of the Argentum scheme, the central block, planned for Hove seafront which the council has earmarked for taller properties to enable more homes to be built

The profits from projects like ours don’t just go to us developers either. Our investors include local businesses, funds and even the government through the Housing Growth Partnership which delivers excellent returns for the taxpayer.

The end result of all this is that while the affordable housing in these developments might amount to less than 40 per cent, it is still more than if the site wasn’t developed at all – because then it would always be 0 per cent and that’s not much good to anyone.