A 19th century station building could be turned into shared houses if the council grants planning permission.

Freelance architect Jonida Murataj, 33, has submitted a planning application to convert empty offices at Portslade Station into a pair of shared houses.

Mrs Murataj wants permission for a “change of use” – and to make internal changes to the grade II listed Victorian station building, according to her part-retrospective applications.

She wants to turn the offices into a five-bedroom house in multiple occupation (HMO) and a four-bedroom small HMO.

They mark a return, in part, to living quarters because the station building, in Portland Road, Hove, which was built in a Tuscan villa-style in 1857, originally included the station master’s quarters.

The building was damp-proofed in 2019 because leaks and mould left it unlettable. But the offices have remained vacant and have now been empty for the past 10 years.

The application proposes turning the western end of the building into a five-bedroom shared house, with a shower room, separate toilet, utility room and kitchen/diner living area.

The east wing would be a four-bedroom shared house, also with shared facilities.

In the application to Brighton and Hove City Council, Mrs Murataj said: “The railway station building lends itself to HMO accommodation over family housing or long-term market housing.

“The siting, adjacent to the railway line, and lack of outdoor space makes the site unsuited to family housing.

“It is, however, suited to the more transient, shorter-term accommodation that HMOs generally provide.

“Consequently, the provision of two HMOs here is the most suitable reuse of the vacant rooms.” 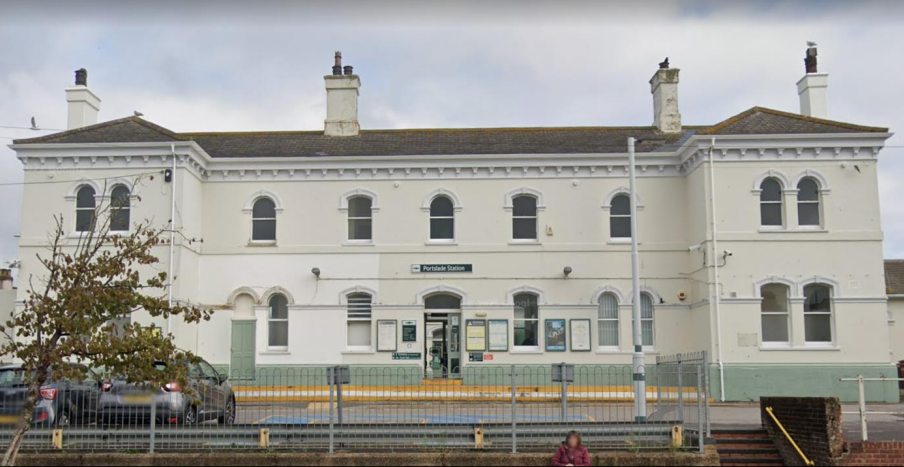 Seven people have submitted objections to the plans. One of them, whose details have been redacted by the council on its website, said: “I do not believe the proposed plans for Portslade station are in keeping with a grade II listed building.

“There would be shared kitchens used by residents for cooking, increasing the risk of fire which could damage the listed building.

“Leaks from showers or baths could damage the station’s structure. If residents play music too loudly, this could ruin the atmosphere surrounding the area.”

Another anonymous objector said: “This is a total misuse of these premises, far too close to a track line to be residential. The overall noise from the trains, slow coming in and fast going through, should be an issue.

“Multiple occupancy means a high level of residents and I feel this is just an overdevelopment of this property. Totally unsuitable for 24-hour living.”

The proposed changes are contained in two applications, both of which can be found on the planning pages on the council’s website. Search for BH2022/01058 and BH2022/01065.