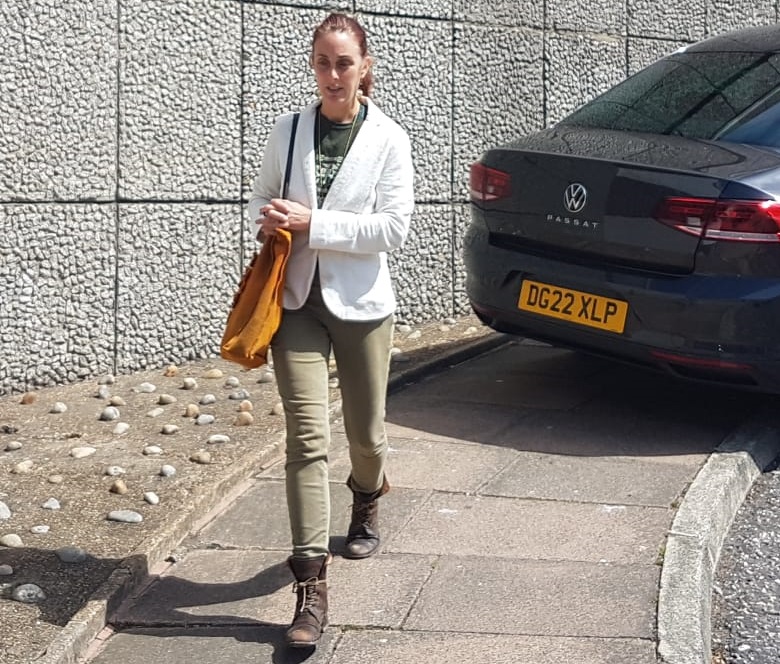 A yoga instructor charged with owning a dog which worried livestock has had her case adjourned again at court.

Hannah McClure, 46, did not appear at her last hearing after informing the court several times that she would be on a yoga retreat in Cornwall on the date scheduled.

She is charged with an offence under the Dogs (Protection of Livestock) Act 1953 over an incident at Stanmer Park on Monday 27 December last year. The prosecution says a sheep died, but McClure, of Park Street North, Falmer, disputes this.

Today, her lawyer Linda MacDonald asked for an adjournment so the Crown Prosecution Service (CPS) could consider a request for it to be dealt with by way of community resolution rather than by the courts.

Ms MacDonald said the only evidence put forward by the CPS was a statement from a Mr Cass, who was not the farmer, and who had himself been warned by police over his behaviour towards Ms McClure.

She said: “It was his behaviour in throwing sticks and chasing the dog which caused the dog not to hear Ms McClure’s command.

“She is a responsible dog owner – we have reports of dog training and character references for her and the dog.

“No physical harm was caused to any of the sheep and there’s no evidence from witnesses other than Mr Cass, whose evidence we don’t accept because we say he was partly responsible.”

The chair of the bench asked Ms MacDonald if this meant that she did not accept that one of the sheep died, which was part of the prosecution’s case.

Ms MacDonald replied: “That’s in the police statement – there’s no statement from the farmer to support that.”

Prosecuting, Laura Kenny said the request for the CPS to consider a community resolution was only sent to the court on Tuesday 3 May, and not to the CPS directly.

She said: “It’s unclear why this wasn’t requested on the previous two occasions, as the defendant has been represented.”

The case was adjourned until 14 July to give the CPS time to consider the request. If a community resolution is agreed, it will not come to court again.