Our lives are a living hell, say seafront hostel’s neighbours

Neighbours have complained that their lives are “a living hell” after a homeless charity started using a rundown seafront hotel as temporary housing without planning permission.

One said that the area, St Catherine’s Terrace, in Kingsway by the corner of Medina Villas, was becoming like the bottom of nearby Seafield Road and turning into a “no go” area.

Sussex Police said that there were at least 38 incidents linked to the hostel in just the first four months of the year – but the number for the previous three months was not spelt out.

An officer said that there were “quite a high number of emergency calls for a smaller location”, adding that police had dealt with violence, theft, harassment, racial abuse, aggressive and anti-social behaviour, financial exploitation and suicide risks.

The charity running the premises, St Mungo’s, has applied for retrospective planning permission for a change of use from hotel to 50-bed hostel.

It has run the premises as temporary housing since the start of last October and wants permission for the change of use until the end of March 2024.

But horrified neighbours have sent dozens of letters of objection to the council while two people have sent letters of support. One supporter – not a neighbour – urged people to be kind.

One of the objectors, whose details were redacted by the council on its website, said: “The massive disturbances to local residents from this hostel cannot be overstated.

“Our lives are being made a living hell. It’s terrible. How can the council subject residents to this? Don’t we matter?

“I now don’t leave my flat alone after dark after suffering abuse from residents and sexualised comments and approaches.”

Another objector said: “The aggressive behaviour and drug taking (and) drinking is a blight. This is not a suitable place for these people to be placed.

“The local shops here have also experienced increased crime including an assault. Female residents are afraid to go outside after dark as they are harassed by the residents – and children are avoiding playing.”

Another said: “St Mungo’s lays out how they would manage the residents within the property but quickly make comment that any detrimental effects on the wider community would have to be dealt with by the police – the very police who could not attend a shop when my partner got assaulted and instead came and took a statement a few hours later then told us to call 999 if we saw the culprit again. 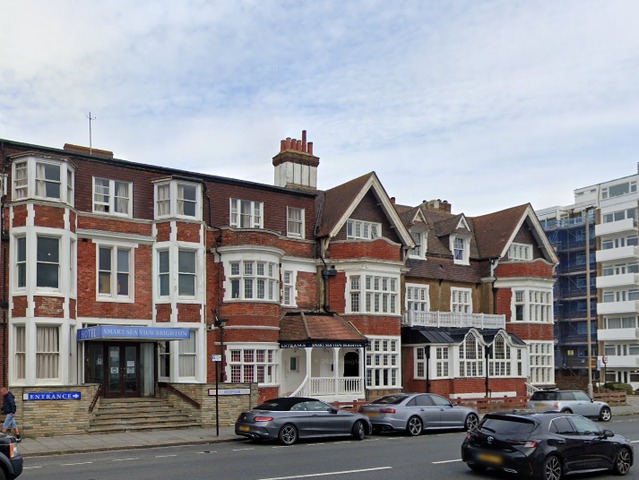 “I am appalled to hear about the attacks on the shops opposite the site in Victoria Terrace who are individuals trying to make a living and their safety is being impacted (and) the women and children who are walking past the site or locally who are having comments made and feeling unsafe.

“If permission is going to be granted, which I fully imagine it will be, then perhaps the capacity can be greatly reduced.

“I believe (this) would give more opportunity for St Mungo’s to help the residents create a better life for themselves, instead of becoming lost in a system where they get caught in a cycle of gangs and drug (and) alcohol abuse.”

Another said: “Since these persons have been in there, there has been a massive increase of violence (and) abuse, etc, in our area, especially for the shops.”

Another said: “The accommodation in its current state is derelict and inappropriate to house individuals with complex and demanding needs.

“There is a phone number and 24-hour security but this is ineffective. The residents are very often drunk and abusive right outside the hotel. None of this anti-social behaviour is dealt with.

“The end part of Seafield Road is a ‘no go’ area during the evenings. This is becoming one as well.

“The area is highly residential with families, elderly people and local businesses.”

The objector also said that those who lived and worked in the area did not feel safe or listened to by the council and added: “Anti-social behaviour and criminal activity is on the rise.

“Stolen goods from the Co-op are being offered in local pubs and women and children are afraid to walk past this area.

“Please can we have a meeting of the councillors, police and local residents to discuss a way forward.

Another objector said that there was a nasty assault linked to the premises last week and another called for the area to be properly policed, adding: “There has been no community engagement up until now regarding this hostel and the increasing anti-social problems the neighbours have been experiencing recently.” 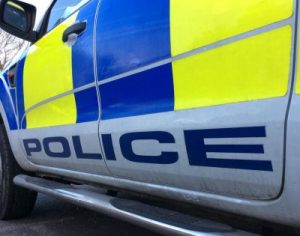 Sussex Police said that the 38 incidents mentioned were “only those that are reported with the Smart Sea View hotel as the specific location”.

And officer said: “I am aware that there are further incidents recorded in the vicinity that are likely linked to the Smart Sea View Hotel but were not created specifically for it.

“From a police perspective, while I am very supportive of the service being provided by St Mungo’s, this raises concern for me regarding the increase in the number of serious incidents and demand that would result from the change in use of the location to one which houses more individuals with complex needs.”

The charity included a “draft proposed management plan” with its planning application. It said: “The service is needed by Brighton and Hove City Council to reduce homelessness in the city through a No Second Night Out Service model.”

It aims to reduce the number of people sleeping rough and to move people into housing within 42 days.

St Mungo’s said that it also worked with the council to provide a personal housing plan and to support people moving back to their home area, nationally or internationally, if they did not have a local connection with Brighton and Hove.

The building was subject to a temporary change of use to provide short-term accommodation for homeless people for two years from 2002.

The change of use permission was extended three times, enabling the site to operate as a homeless shelter until October 2007. 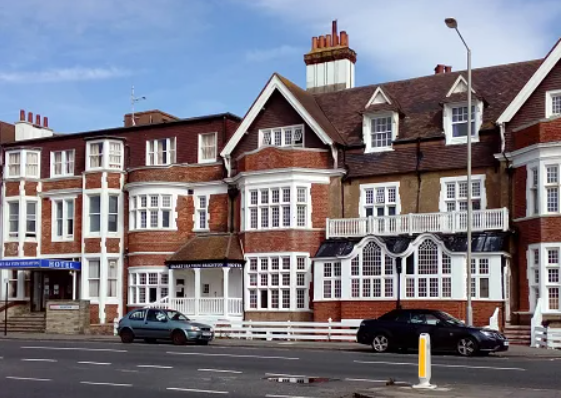 But a further temporary change of use to allow the shelter to cater for homeless families was refused in 2008.

Since then, the site has remained classified as a hotel, with St Mungo’s starting to use it for the No Second Night Out programme last year.

Neighbours have sent 46 letters of objection to the council while two people have sent letters of support for the change of use.

A supportive comment from a person whose details were also redacted said: “If a community cannot provide a safe space and support to its vulnerable members, then it ought to feel shame.

“This proposal is the best chance to turn people’s lives around so that anti-social behaviour, that so many seem afraid of, is avoided.”

Another commenter, again with details redacted, said: “I don’t object in principle to the application. I do have strong reservations.

“I’ve already noticed an increase in people drinking in the garden attached to the building as well as several incidences of the police/ambulances having to attend to help severely intoxicated people outside the building.”

The planning application can be found on the planning pages on the council’s website by searching for BH2022/00670.