Restaurants line up to take on empty city centre shops 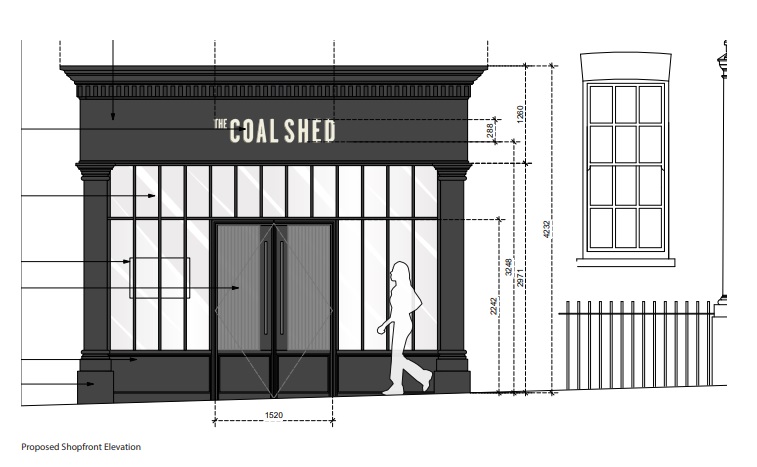 Last week plans were submitted to turn two former shops in North Street, a hairdressers in Western Road and laundrette in Lewes Road into restaurants or takeaways.

The owners of a proposed new restaurant at a former bank in Marlborough Place are also asking for permission to put a canopy over an outdoor terrace.

Earlier this month, plans were submitted for a new roof terrace above the former Topshop Unit in Churchill Square, as part of a scheme to turn half of it into a gastropub.

Gavin Stewart, the chief executive officer of Brilliant Brighton, which represents city centre businesses, said although the high street was seeing a shift to hospitality, Brighton was well placed to adapt and thrive.

He said: “Post-pandemic, the high street is changing and towns and cities across the UK need to reimagine what they look like.

“We are at the start of this process in Brighton and Hove, but unlike other places, we have weathered shop closures well over the last 12 months.

“Our current vacancy rate in the Business Improvement District area (Brilliant Brighton) is 7.71%, compared to the national average which is over 14%.

“Businesses will only thrive if there are people to use them.

“Whether or not the city can sustain a growth in the hospitality sector is yet to be seen, but as long as our vacant premises are low and we continue to attract the annual visitor numbers of over 11m from pre-pandemic levels, we will hopefully still be ahead of the curve.”

Two of the planned new city centre restaurants are from the owner of The Coal Shed, which first opened in Boyce’s Street in Brighton in 2011.

Owner Raz Helelat, who is also behind The Salt Room on King’s Road and Burnt Orange on Middle Street, is opening high-end Italian restaurant Tutto in the former Allied Irish Bank building in Marlborough Place.

The Coal Shed has also applied to turn the ground floor of Clarence House into a new branch of The Coal Shed.

Permission for a new shopfront was granted last week, and a new application has now been submitted to turn most of of the ground floor into an 80-cover restaurant with an open kitchen, private dining room and roof lantern over the courtyard.

About a quarter of the ground floor would be a separate unit, with a bar and outside seating.

The Coal Shed was approached for comment, but did not confirm whether its existing Brighton restaurant would be moving here, or remaining open.

A more extensive application to turn the rest of Clarence House into flats was submitted last year but is still outstanding.

The building has been extensively squatted, and was the scene of the brutal murder of Billy Henham on New Year’s Day last year, for which four men were found guilty in February.

Just a few doors along in North Street, Goldstone Ltd has applied to turn the former STA Travel shop into a restaurant and takeaway.

In Western Road, Zeki Isik wants to turn Celly’s hair salon into a restaurant and takeaway, opening until 11pm.

And in Lewes Road, Florenc Gjona wants to turn the Lewes Road Stores, which includes a laundrette and off licence, into a takeaway.

A recent change in planning law has made it much easier for commercial buildings to get a change in use.

Previously, shops and restaurants had two different use classes, A1 and A3. Now both are in a new use class, E, which also includes a range of commercial uses such as banks, bowling alleys, clinics and offices.

However, pubs have changed from A4 to sui generis, which means not belonging to any other classification.