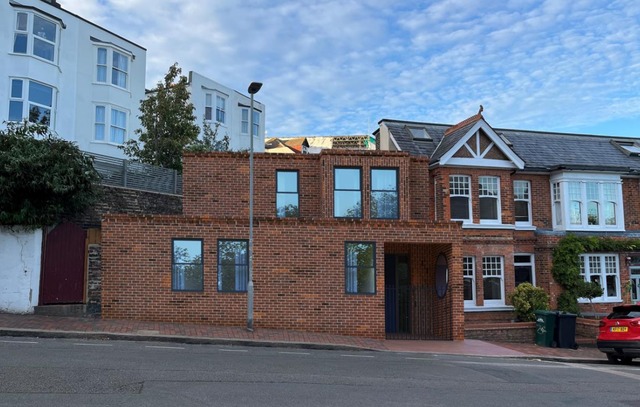 Plans to build a two-storey house on the site of a domestic garage have attracted criticism from neighbours and a councillor but the backing of planning officials.

Julie Habben and Joan Withington have applied for planning permission to build the one-bed house at 24 The Drove, Brighton, just off Dyke Road.

Green councillor Jamie Lloyd, who represents Withdean ward, wrote to Brighton and Hove City Council to object to the plans.

The proposal includes an open-plan living space on the ground floor and a bedroom and bathroom on the first floor.

But Councillor Lloyd said that a proposed wall would be higher than the neighbouring home’s garden wall, in Tivoli Crescent, blocking light.

He said: “The resident has informed me that the lack of light and the overbearing nature of the proposed wall would cause them considerable distress and the lack of sunlight in early mornings will impact on their quality of life.

“I also believe that the proposed development will not provide a high standard of accommodation.

“This will be a very constrained living area with a tiny courtyard, so small in size that it is effectively meaningless as an outside space.

“I cannot see this proposed development enhancing the local area in any way and (it) appears to be an attempt to create a letting opportunity that might benefit the developer but will seriously and negatively impact local residents and will also provide poor accommodation that barely meets minimum standards for the person letting the property.”

The applicants said, through their agent Lewis and Co, that the house would be the same height as the rear boundary wall.

“We note that some assumed viewpoints have been submitted by a neighbour – but such views are not corroborated with information on where the pictures were taken with regard to proximity to boundary fences or the height of the camera above ground level.”

The Planning Committee is due to decide the application at Hove Town Hall in a meeting starting at 2pm next Wednesday (6 July). The meeting is scheduled to be webcast on the council’s website.