New cycle lanes and a couple of road closures form part of plans to make the roads near Hove railway station safer, Brighton and Hove City Council said this week. 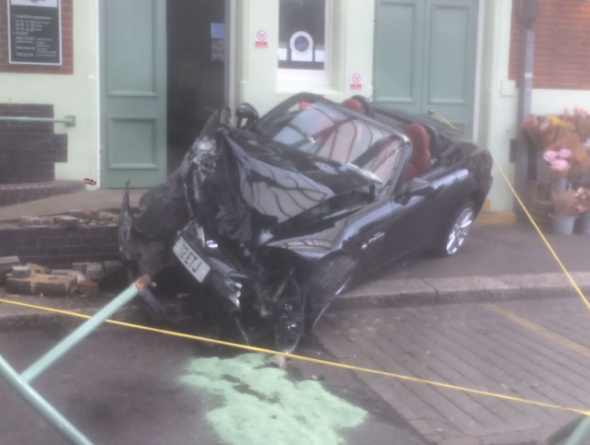 A car crashed into the station entrance just over a week ago although the driver was understood to have suffered a “medical episode”.

The plans include scrapping the roundabout in Goldstone Villas and closing the end of Clarendon Villas and Eaton Villas.

Brighton and Hove City Council said that the changes would improve safety along the “Hove station corridor”.

The plans – outlined below – will be available for viewing and comment at the Hove Town Hall Customer Service Centre from tomorrow (Monday 4 July) to Friday (8 July).

Project officers will be present from 10am to 4pm each day to answer questions and provide more information.

Consultation on the proposals started on Monday 20 June and ends on Friday 15 July.

The council said: “We’re giving people the chance to have their say on work to improve safety along a key route in and out of Hove railway station.

“Planning is under way for a scheme which would improve the road, pavements and junctions the length of Goldstone Villas, around Station Approach and into the north end of Denmark Villas.

“The area features three of our top ten ‘pedestrian crossing priority sites’ – these are assessed on things like casualty data, improving access for people with mobility issues, walkability and access to public transport.

“Among the improvements being planned are

After the consultation period, the project team will look to revise the designs, with a view to taking on board the feedback received.

The council added: “A report outlining the consultation feedback and including the final design proposals will be put forward to the council’s Environment, Transport and Sustainability Committee in November for approval.

“If approval is gained, the scheme would look to be implemented in early 2023.”

Councillor Steve Davis, co-chair of the Environment, Transport and Sustainability Committee, said: “It’s great to see that we’re going to be improving three of our top ten pedestrian crossing priority sites in one scheme.

“This is a busy and popular route for people getting to and from Hove station. These improvements will make it a safer and more pleasant journey for the thousands of people who travel through this part of the city.

“We’ve seen a number of collisions and near misses here and these changes will undoubtable make it safer.” 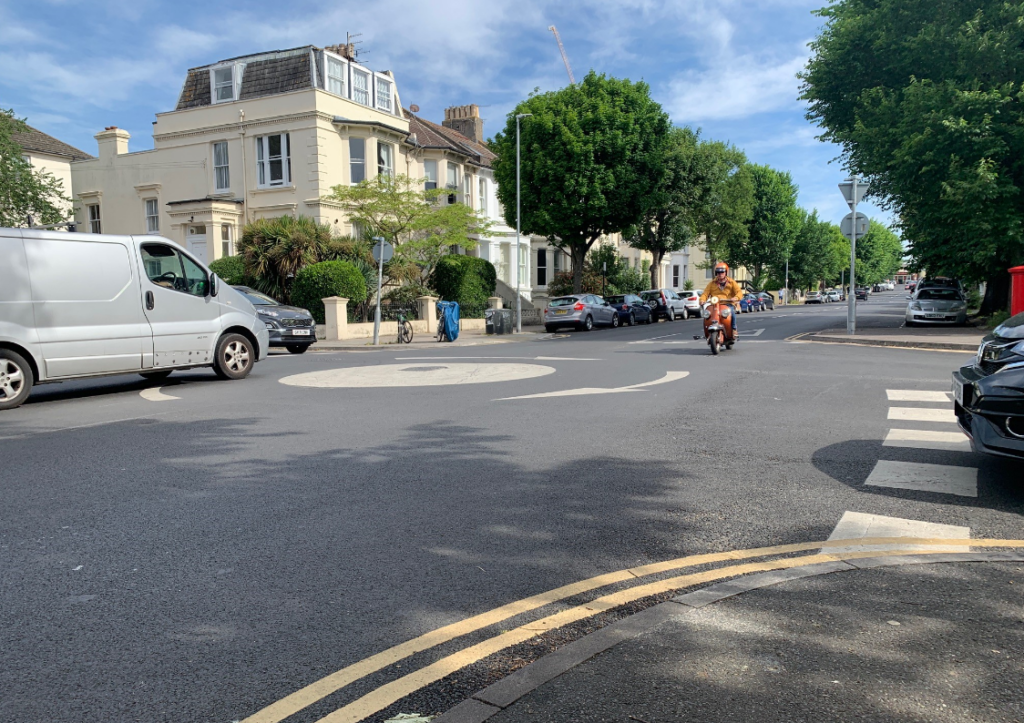 The mini-roundabout in Goldstone Villas is expected to be scrapped

How will vehicles access Clarendon Villas and Eaton Villas?

As part of these proposals vehicular access will be maintained to Clarendon Villas via Goldstone Street and Sackville Road. Access to Eaton Villas will be maintained via Denmark Villas. Allowance has been made for larger vehicles (namely refuge vehicles) to be able to turn-around at the point closures.

Will there be any loss of parking associated with these designs?

These proposals indicate a loss of two parking spaces across the scheme. Proposed relocation of certain features has allowed parking losses to be kept to a minimum.

Will there be any loss of taxi rank capacity associated with these designs?

Where will the number 7 bus reroute?

The proposal indicates that the 7 bus will finish its route by continuing to Blatchington Road and then looping via Eaton Gardens, Eaton Villas, and Denmark Villas before returning to stop H via Blatchington Road.

Why is the southbound Livingstone Road bus stop being removed?

This bus stop shows very low usage figures year-on-year, as such the proposed removal of this stop aims to improve bus service reliability and timetable consistency.

Why has a cycle lane been included on Goldstone Villas?

Recent cycle count data indicates that this route is used by enough cyclists to warrant the introduction of mandatory cycle lanes as per guidance laid out by the Department for Transport in Local Transport Note 1/20.

Will the zebra crossings across Clarendon Villas and Eaton Villas have flashing lights (Belisha beacons)?

No, guidance says that the flashing beacons can be omitted if the zebra crossing is across a cycle lane.