Second home bans? They hurt rather than help the average buyer

The idea of banning second home ownership has been growing in this country and others, and our council have recently voted in favour of exploring the possibility.

So, is this developer of seafront new-build properties in favour of such a ban? Is this turkey going to vote for Christmas? Er, no. But not for the reasons you might think.

Brighton and Hove would not be the first to implement such a ban. St Ives, Cornwall, brought one into effect in 2016 and a ban was made law across Switzerland as a whole in 2012. There is much we can learn from these.

I have another perspective too as there is no doubt that my company, which has just completed one new block of flats on Kingsway and is just starting another, has a vested interest.

In our first block we believe around 25 per cent of the flats went to second home buyers so it’s a large part of our market, even if it isn’t for most new homes.

Forgetting about us poor developers for a minute, such a ban is certainly a politically popular move – it sits well with a lot of voters. And if a ban fulfils its aims – to make property across the city more affordable and to stop homes being left empty, stifling communities – you can see why.

A ban is highly unlikely to affect existing properties though, which would probably require a change in law.

Instead, the city may propose implementing planning conditions in approvals of new flats that limits who they can be sold to, which is simple enough. This is how the ban works in St Ives.

Second homes are generally bought in new-build blocks in either the city centre or with direct sea views. It will obviously fluctuate each year as to how many blocks will therefore be affected, but even in ours we’re only talking about 13 flats.

There were 12,000 property sales in Brighton and Hove in the year to April 2022 but less than 5 per cent were new builds and most were not seafront or city centre.

It’s therefore a fair guess that this is going to affect well under 100 flats a year that might have gone to second home owners but would now be sold to “locals” under a ban.

Assuming you can establish that and buyers just don’t switch their primary home to be the new purchase, what effect will it really have?

Well, not exactly what was hoped it seems, as research on the ban in Switzerland, carried out by the London School of Economics, a well-considered in-depth study, shows some serious issues.

In St Ives there is no such exact study but we do know the ban increased the number of second homes sold – from 25 per cent before the ban to 32 per cent afterwards. 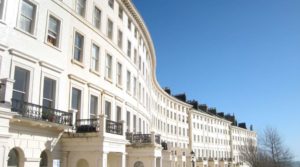 Buyers just switched to buying older-style properties, as they surely would in Brighton and Hove, buying up Palmeira, Brunswick and so on. It’s far from conclusive that the St Ives ban could be called a success.

The flats we sold (to all buyers) were among the most expensive in the history of the city. If we had to sell that 25 per cent to non-second home buyers, what price reduction would it have caused? Five per cent across the board? Maybe?

So honestly well out of reach to “average” buyers in any case – and, worse still, it would have changed our viability assessment and reduced the number of affordable homes sold to a housing association.

So, the number of homes built available to the average earner would have decreased – the very opposite effect to the one intended.

Overall, therefore, it doesn’t seem like these bans fulfil their objectives at all and cause negative ripple effects into other areas such as employment.

To misquote Mandy Rice-Davies: “Well he would say that, wouldn’t he?”

Guilty as charged, I suppose, but in fact I do believe it is wrong to sell vast swathes of new homes to people who intend to leave them empty. 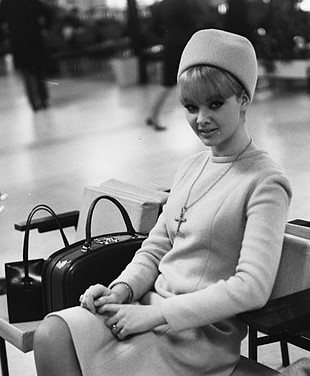 The outright bans so far appear to have materially failed and to do the same again hoping for a different result doesn’t seem sensible.

So, let’s try something else. The government’s extra stamp duty charge for second homes was a good start. But we need something at a local level that “penalises” those who purchase them as such.

Perhaps the extra stamp duty raised on second homes should go direct to the local authority not the government.

Owners receive a 25 per cent discount for single occupants so what about a 100 per cent surcharge if it’s not your primary home and it is being left empty? That might just work.