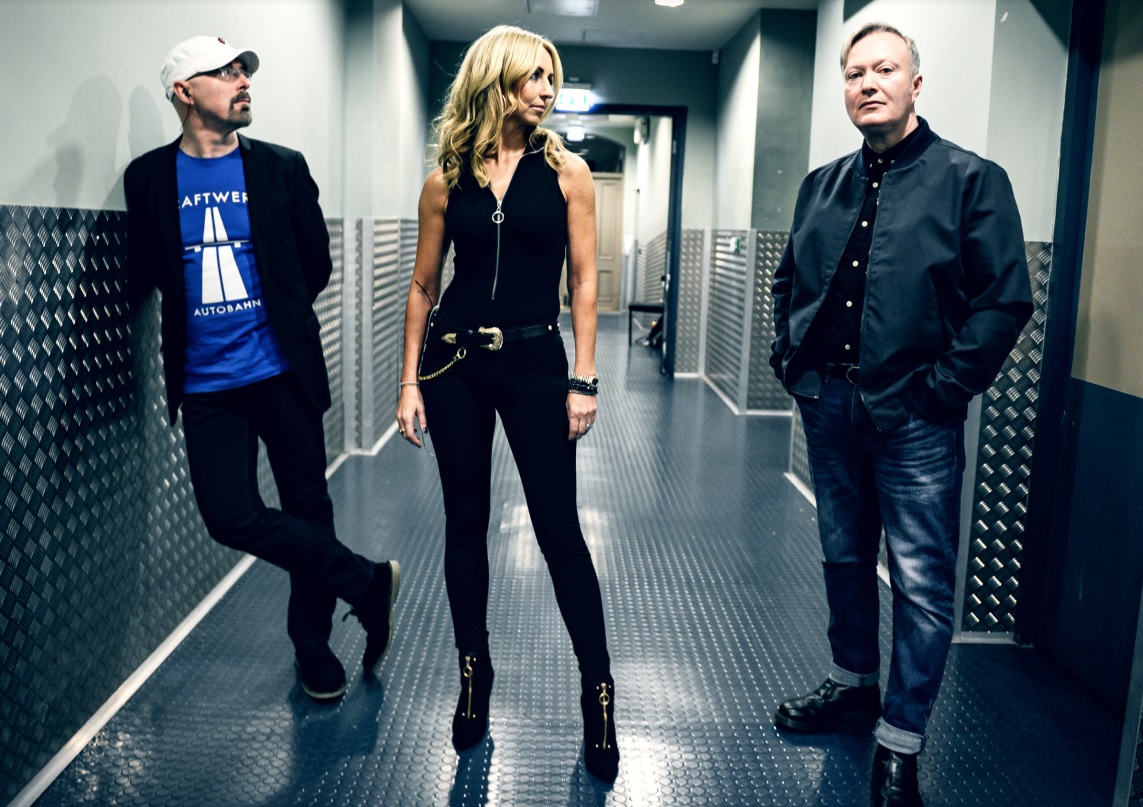 Tiny Magnetic Pets are to play in Sussex in October

They are an experienced, energetic touring band, playing over 80 shows throughout Europe supporting the following bands: Midge Ure (2019 & 2020), Wolfgang Flur (ex Kraftwerk), Orchestral Manoeuvres in the Dark (2017, 2018 & 2019), Michael Rother (NEU!), and The Killers’ Dave Keuning. They have successfully headlined 2 UK tours in 2018 & 2019, played W-Festival in Belgium, Electri_City Germany, and have recently been re-mixed by Vince Clarke.

They have announced that they will be returning to East Sussex at the Kino-Teatr, which can be located at 43-49 Norman Rd, St Leonards, Saint Leonards-on-Sea, TN38 0EG. The concert will take place on Thursday 13th October 2022. The Brighton & Hove News Music Team have previously visited the Kino-Teatr and it is fair to say it’s a building of great surprise, as from the outside, it gives no indication of the splendour that lies within. 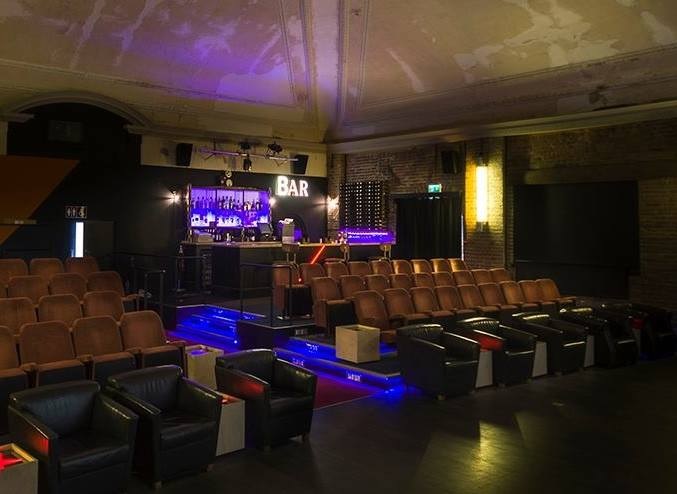 Interior shot of the Kino-Teatr

Tiny Magnetic Pets formed in Dublin and released their debut album ‘Return Of The Tiny Magnetic Pets’ on Ireland’s Psychonavigation label. The album received unanimous critical acclaim at home with the single ‘Girl In A White Dress’ receiving significant airplay and the band playing several sessions for national radio station 2FM. TMP made their festival debut at Coors Light Peak in Dublin’s Docklands and even at this early stage were displaying an aptitude for compelling live performance with the audience singing along to ‘Girl In A White Dress’.

Fast-forward to 2015 and after having shelved their second album ‘Future Perfect?’, TMP released the ‘Stalingrad’ EP which brought them to the attention of Blitz Club/Visage legend Rusty Egan who became the band’s champion in the UK. TMP made their UK debut at the Electro London festival in September taking the audience completely by surprise with their energy and the quality of their songs. October saw them open for Michael Rother in Düsseldorf at the inaugural Electri_City festival celebrating that city’s contribution to electronic music. It was here that they met Andy McCluskey from Orchestral Manoeuvres In The Dark who was so impressed by their debut album he invited TMP to join OMD on the 2017 tour for their ‘Punishment Of Luxury’ album which by coincidence, was released at the same time as TMP’s ‘Deluxe/Debris’ album – which featured none other than Kraftwerk’s Wolfgang Flür on two tracks.

During said tour, the band’s reputation was growing to such an extent that they played to full houses every night, winning many new fans. The Sussex date of the tour took place at the iconic De La Warr Pavilion in Bexhill. The Brighton & Hove News Music Team were there and reported that……“sound similar to certain elements of Kylie Minogue, Northern Kind, Austra, Goldfrapp, Poeme Electronique and the silky vocals of Debbie Harry. Also on some of their releases, I can hear certain synth passages similar to Tubeway Army/Gary Numan…..”

Read the full account of the 15th November 2017 concert with OMD HERE. 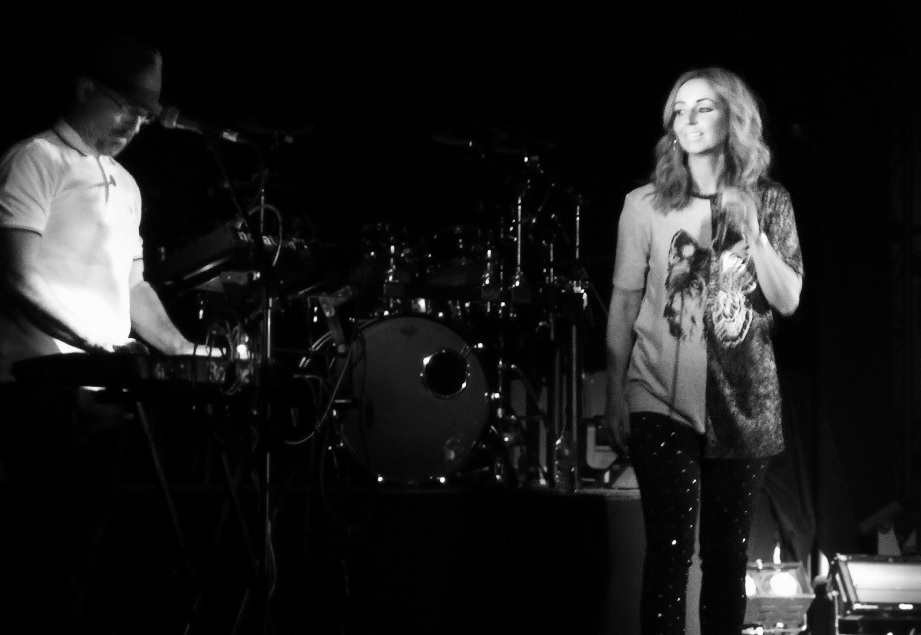 2018 and 2019 saw the band working on the follow-up to ‘Deluxe/Debris’ but still took time out to play two headline tours of the UK, The Electronic Circus festival in Detmold in Germany, the W-Fest in Belgium alongside Killing Joke, an Irish tour with The Killers’ Dave Keuning and a boat trip show with OMD!

Tiny Magnetic Pets and OMD’s paths would cross again in 2019 when they were again asked to open for OMD on German leg of their ‘Souvenir’ 40th anniversary tour – again playing to full houses every night in venues like the Tempodrom in Berlin and the Mitsubishi Halle in Düsseldorf. The day after that tour ended TMP were straight onto Midge Ure’s ‘Vienna/ Visage’ 40th anniversary tour of Germany, Denmark and The Netherlands – once again playing to full houses and winning many new fans. 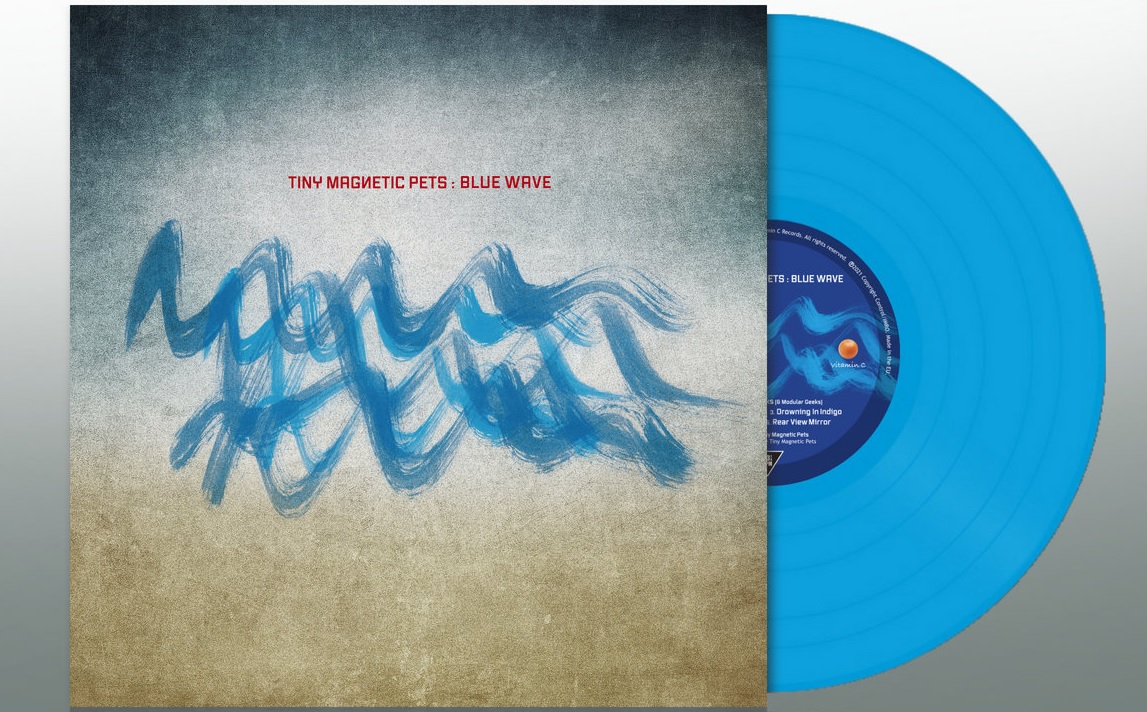 2020 was looking great as the band were again asked to open for Midge on the UK leg of his ‘Vienna/ Visage’ 40th anniversary tour. Tiny Magnetic Pets returned to Ireland in early March just as the Covid pandemic was starting. With all live commitments cancelled and in lockdown, TMP ended up recording their finest album thus far and are looking forward to promoting ‘Blue Wave‘ in 2022.

Their track ‘Automation’ has been remixed by none other than Vince Clark of Erasure, Yazoo and Depeche Mode fame. You can snap up the 12″ record 4 song EP HERE. 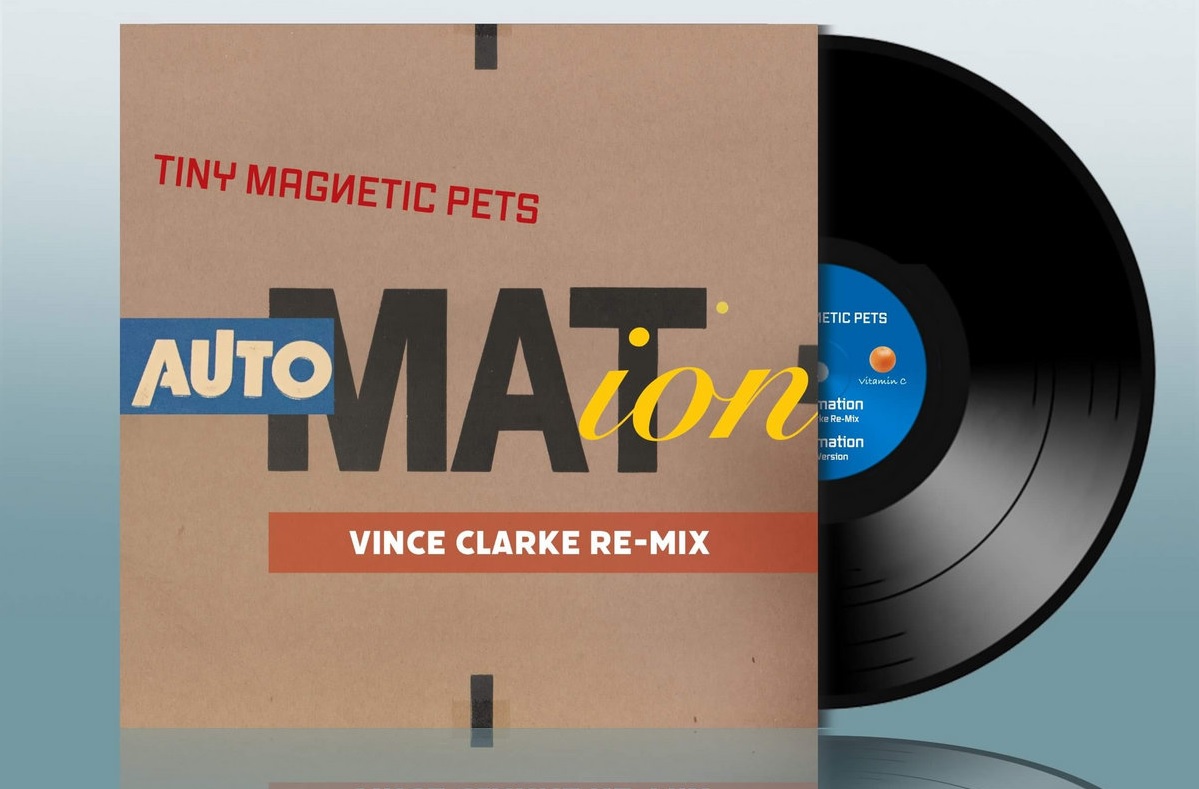 Check out their YouTube video’s page HERE and purchase their material from their Bandcamp page HERE.

Others have commented on TMP thus:
“The flamboyance of Erasure and the darkness of Depeche Mode” – The Irish Times
“Kraftwerk reserve to Goldfrapp extravagance, and calling at all points in between” – Classic Pop
“Synths with soul!” – The Sunday Times
“This is emotional pop for uncertain times” – Electronic Sound 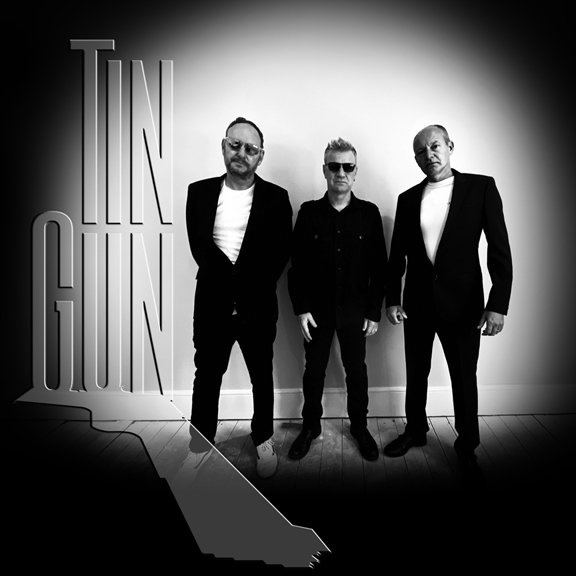 Tin Gun will be supporting the Tiny Mag

Support for the Kino-Teatr concert will be Tin Gun who are a UK electronic trio featuring Tim Dorney (Republica), Peter Steer (Tenek) and Mark Trueman (Sinestar).

They produce a variety of edgy alternative electronic music that tells a story within each song about the daily conflicts people face. Their new EP ‘Reanimation‘ is out now! Their tune ‘Anthracite Days (Blitzed Edit)’ has just been released as part of the ‘Generation Blitz 2: Concrete and Chrome’ 36 track compilation album. Check out the track HERE and find their other recorded material on their Bandcamp page HERE.

Purchase your tickets for the Tiny Magnetic Pets concert at the Kino-Teatr on Thursday 13th October 2022 HERE.

Find out more at www.tinymagneticpets.com 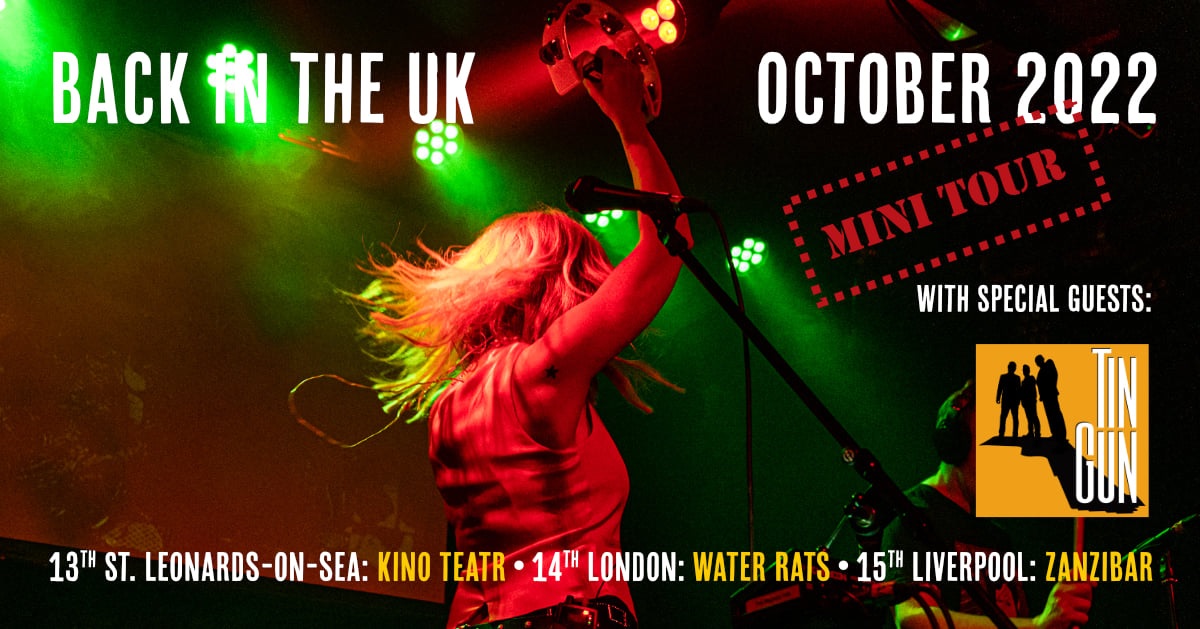