Armed police in stand-off with defendant outside Hove court 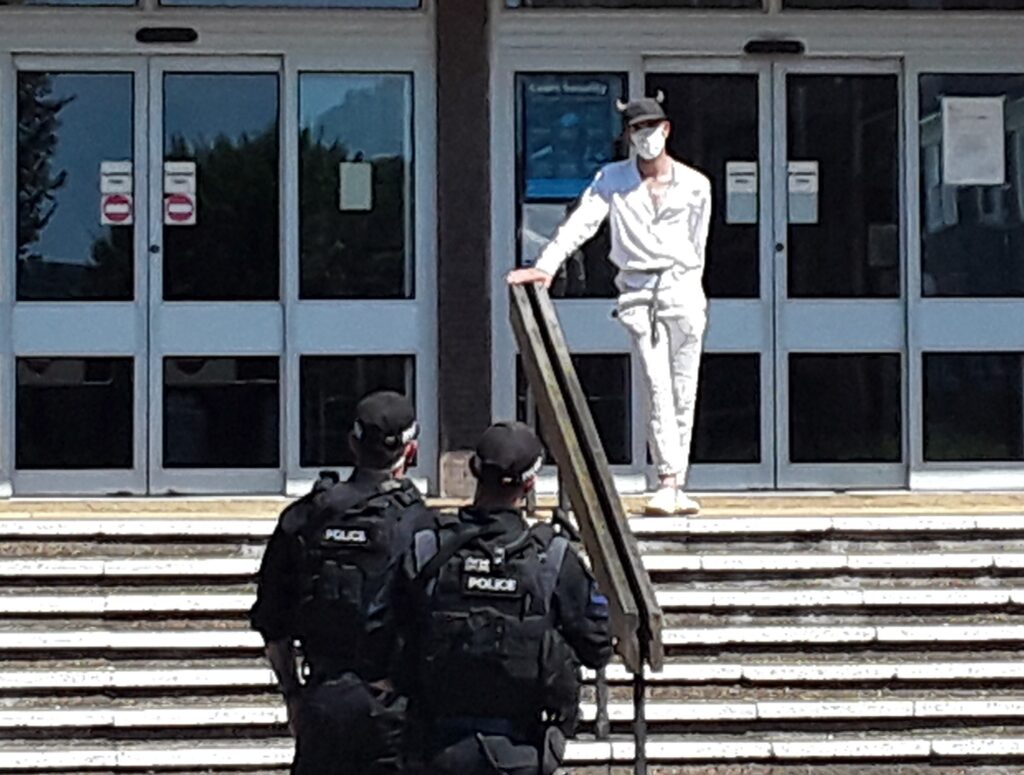 Armed police were in a stand-off with a reluctant defendant outside Hove Crown Court this morning (Thursday 11 August).

Jacob Ross, 27, of Church Road, Hove, was due in court for sentence for assaulting a police officer during an affray on the seafront lawns last year.

He was alleged to have turned up at court today with a 5in knife.

A stand-off ensued with police outside the courthouse in Lansdowne Road after he was unable to go in.

Armed police were among the officers who turned out as Ross, wearing metal horns in his head and a face mask, stayed at the top of the steps to the court with his dog Prince.

Ross was also due to be sentenced for having a knife during the affray on Hove Lawns on Saturday 5 June last year – one of a number of charges to which he pleaded guilty.

His mother was inside the court building during the stand-off along with his barrister Aphra Bruce-Jones.

Before the stand-off began, Judge Jeremy Gold issued a bench warrant – not back for bail – for the arrest of Ross.

He had been due to be sentenced at 10am but was not present.

The judge noted that at a previous hearing, a psychiatric report had been ordered and the court had acceded to a request by Ross that the psychiatrist should be vegan.

Today the court was told that he was also insisting the psychiatrist should be a Hebrew speaker.

Lansdowne Road was closed to traffic while police tried to persuade Ross to give himself up.