The Jam drummer Rick Buckler does Q&A in Brighton 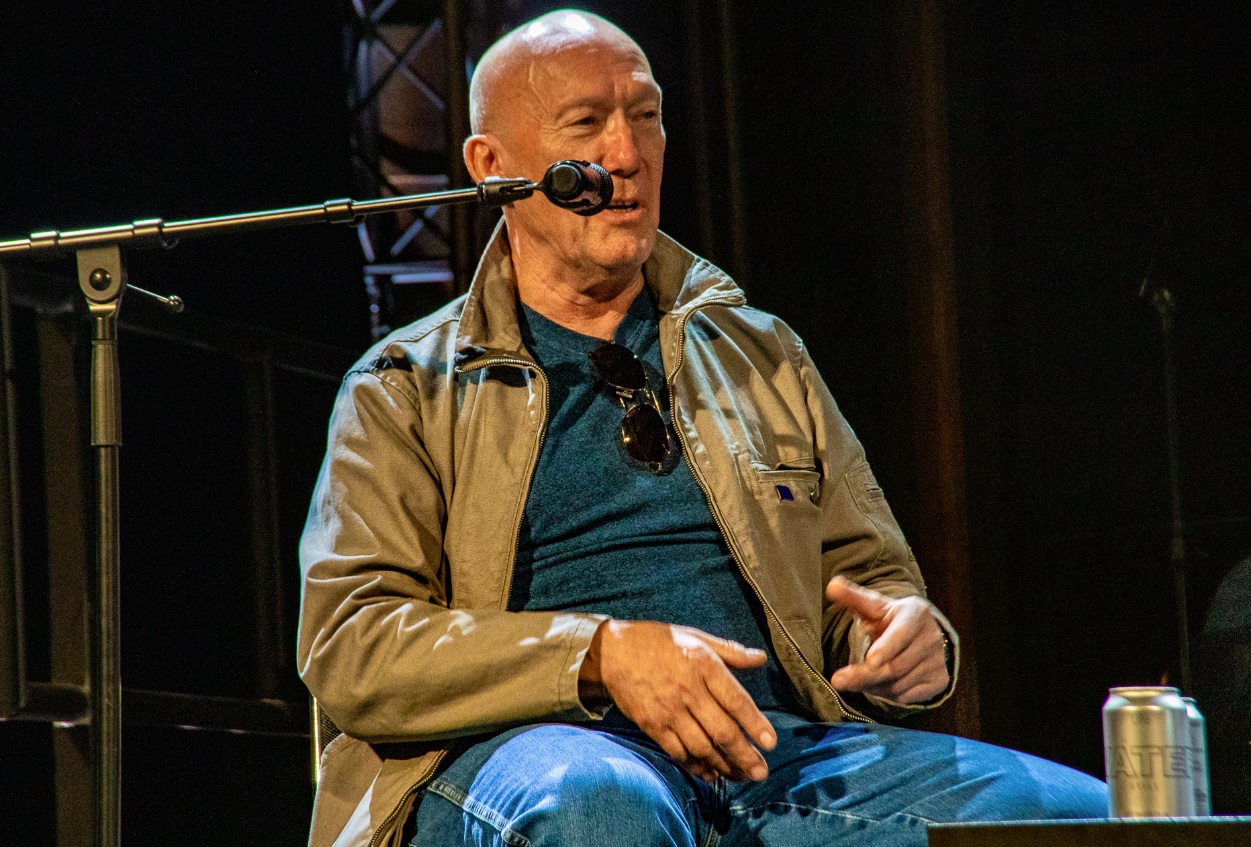 As I approached the beautiful setting of St Peter’s Church, I noticed a queue round the block of avid The Jam fans waiting to get front row seats for this intimate evening with legendary drummer Rick Buckler.

Rick was here as an extended event as part of the ‘This Is The Modern World’ exhibition which is based next door to the church at Valley Gardens. Read the Brighton & Hove News report about the exhibition launch HERE.

Exhibition curator Nicky Weller (Paul Weller’s sister) with The Jam’s Rick Buckler (right) and Russell Hastings (From The Jam) at ‘This Is The Modern World’ exhibition 29.7.22 (pic Cherie Elody) (click to enlarge)

Considering The Jam played their last ever concert in Brighton on 11th December 1982, which is around 20 years before I was born, my knowledge of the band is fairly limited to what my dad used to play to me on his record player when I was growing up, so I went into this evening’s special Q & A session with an open mind and eager to learn everything Rick had to offer. 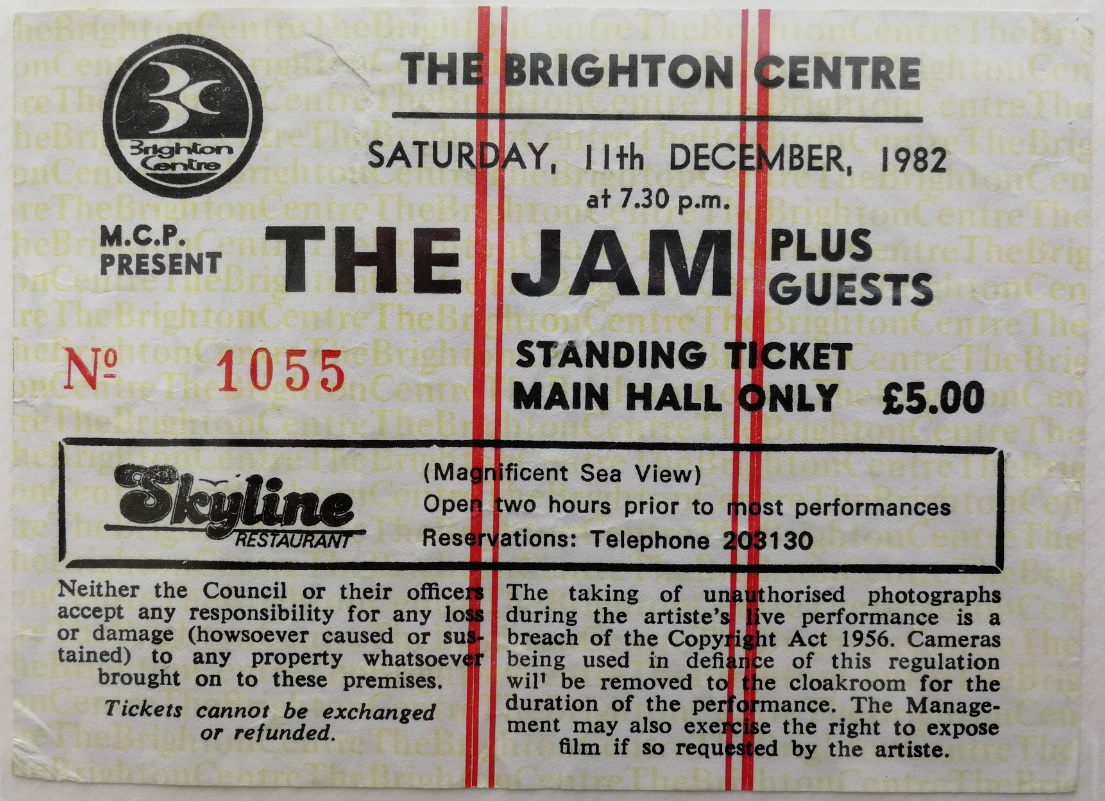 The Jam were one of the most successful British bands in rock history. They racked up four UK No.1 singles (‘Going Underground’, ‘Start!’, ‘Town Called Malice’ and ‘Beat Surrender’) and 1 UK No.1 album (‘The Gift’) in their time. They were at the forefront of the late 1970s punk-mod scene. 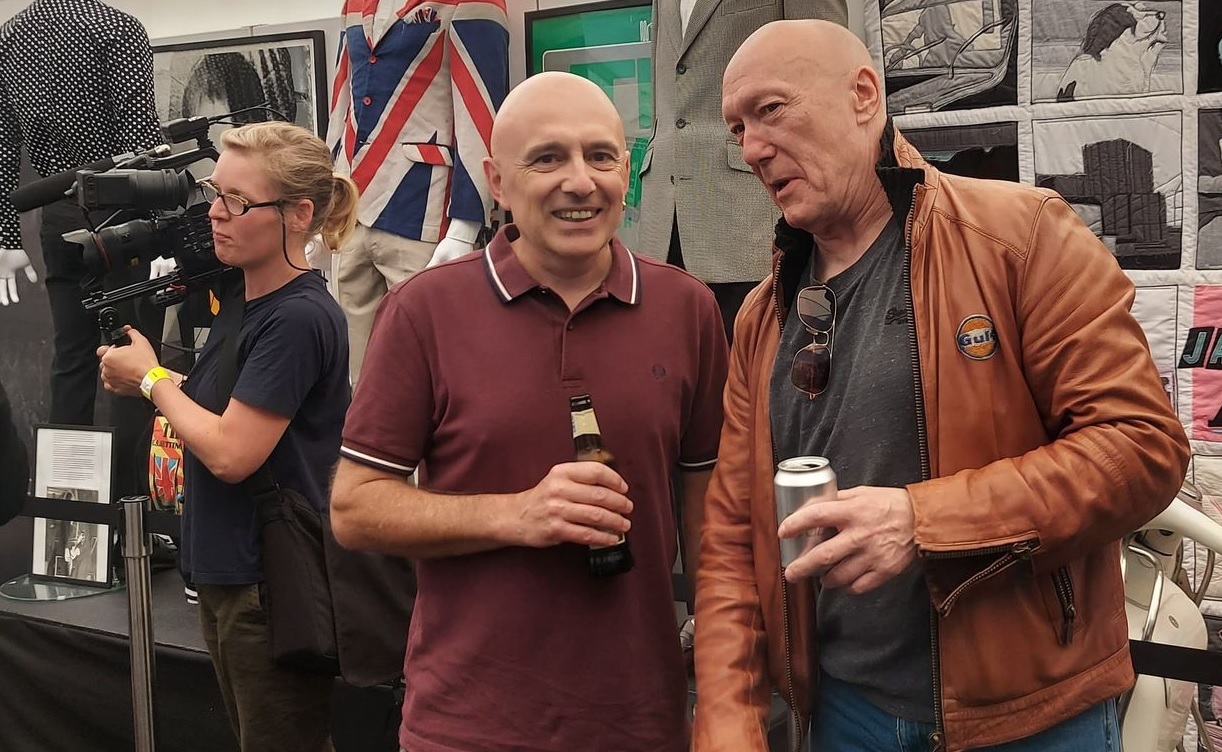 The evening started with a screening of the hour and a half long documentary “The Story Of The Jam: About The Young Idea”, which was released in 2015 and was directed by Bob Smeaten. The film followed the origin story of the band from their humble beginnings playing in men’s clubs across Woking, all the way to their final show in Brighton in 1982. It featured exclusive interviews with the three members of The Jam: Rick Buckler, Paul Weller and Bruce Foxton. It was richly illustrated with archive performances and is set against the backdrop of the ever changing politics, fashion and attitudes that shaped the period of late 70s and early 80s. 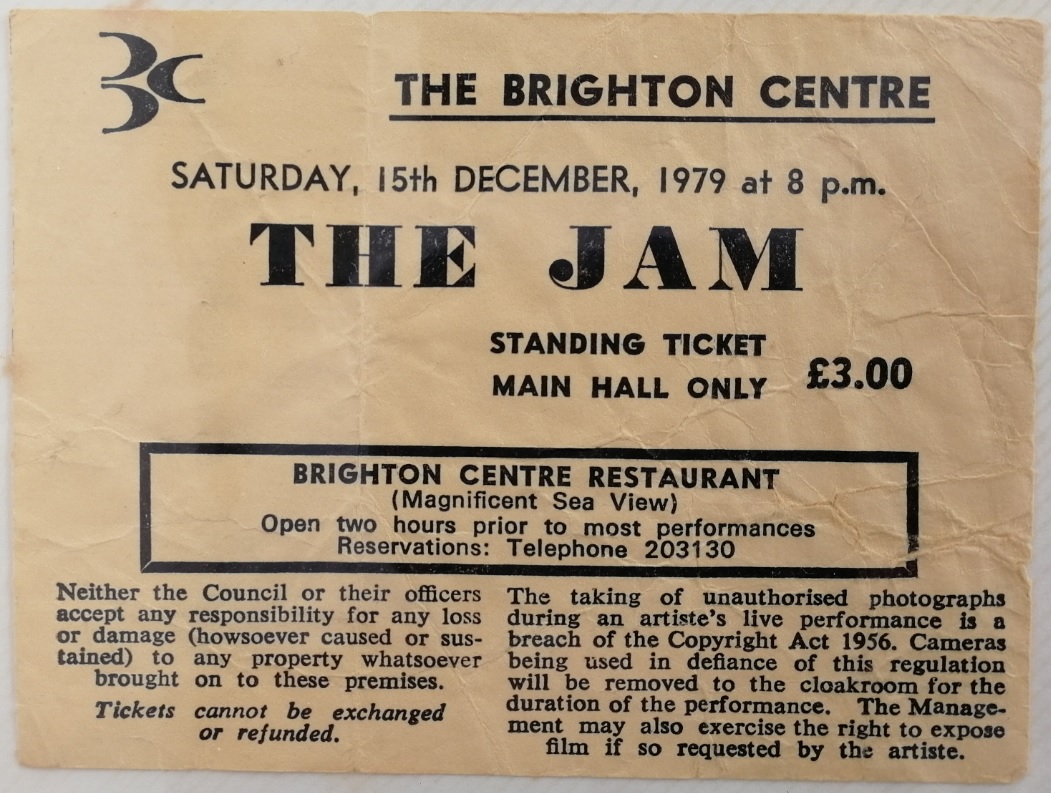 The film was entertaining and emotional towards the end as it spoke to fans about how much the band meant to them. It’s a must watch for any Jam fan!

After the film there was a short interval before the main event of the evening. 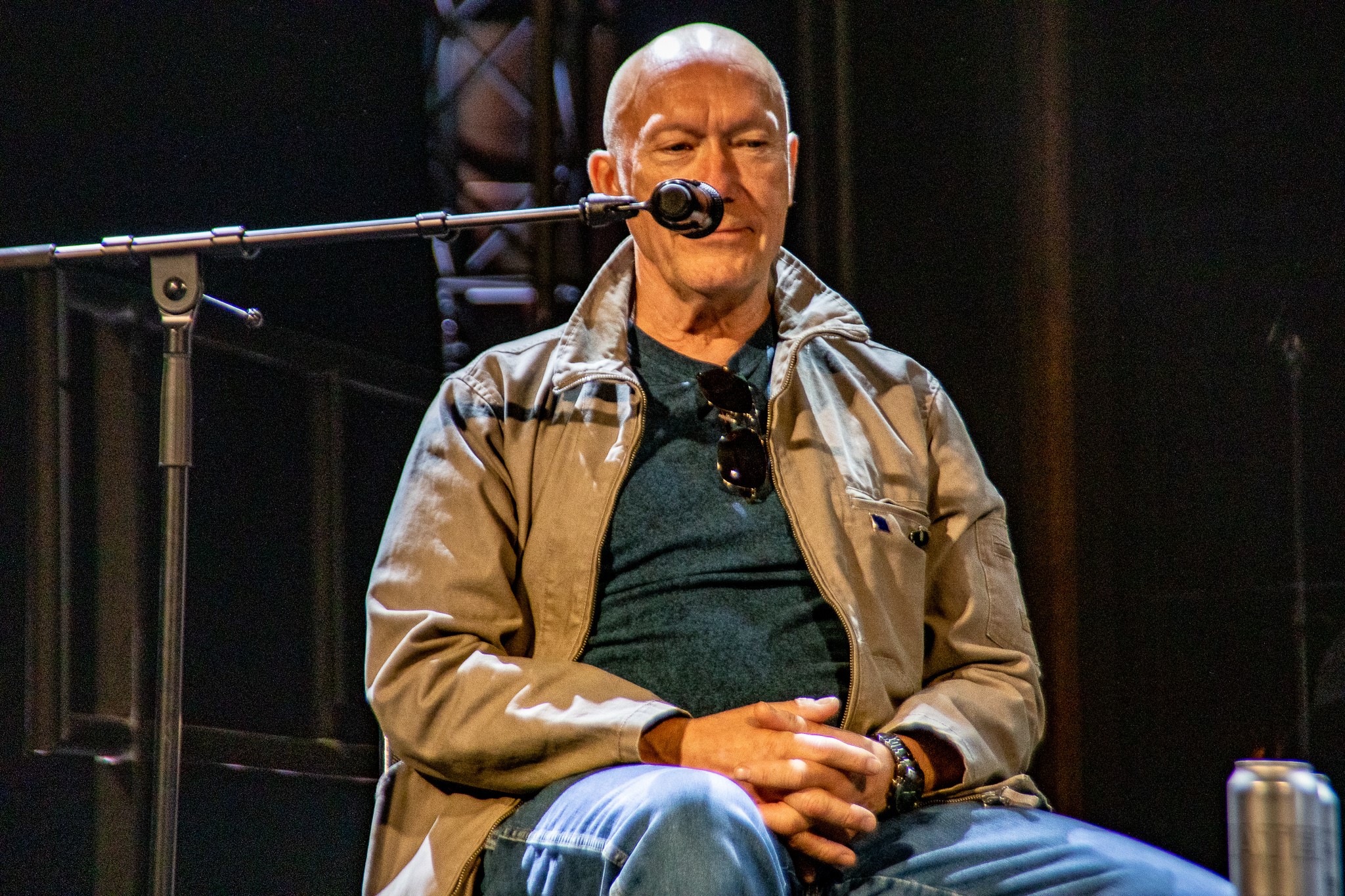 Rick Buckler entered through the crowd with a very relaxed “oh are you waiting for me?”, setting the tone for the relaxed and friendly interview to come. Starting with some set questions from presenter Dan Jennings, They first went on to explore the formation of the band, from struggling to find and keep a consistent bassist and fourth member to embracing the original sound created by the 3 piece group. Rick went on to express how he believed the band were constantly having to work to prove themselves in the London music scene, which made them work harder and create better music for the whole of the band’s short 10 year life (1972–1982). 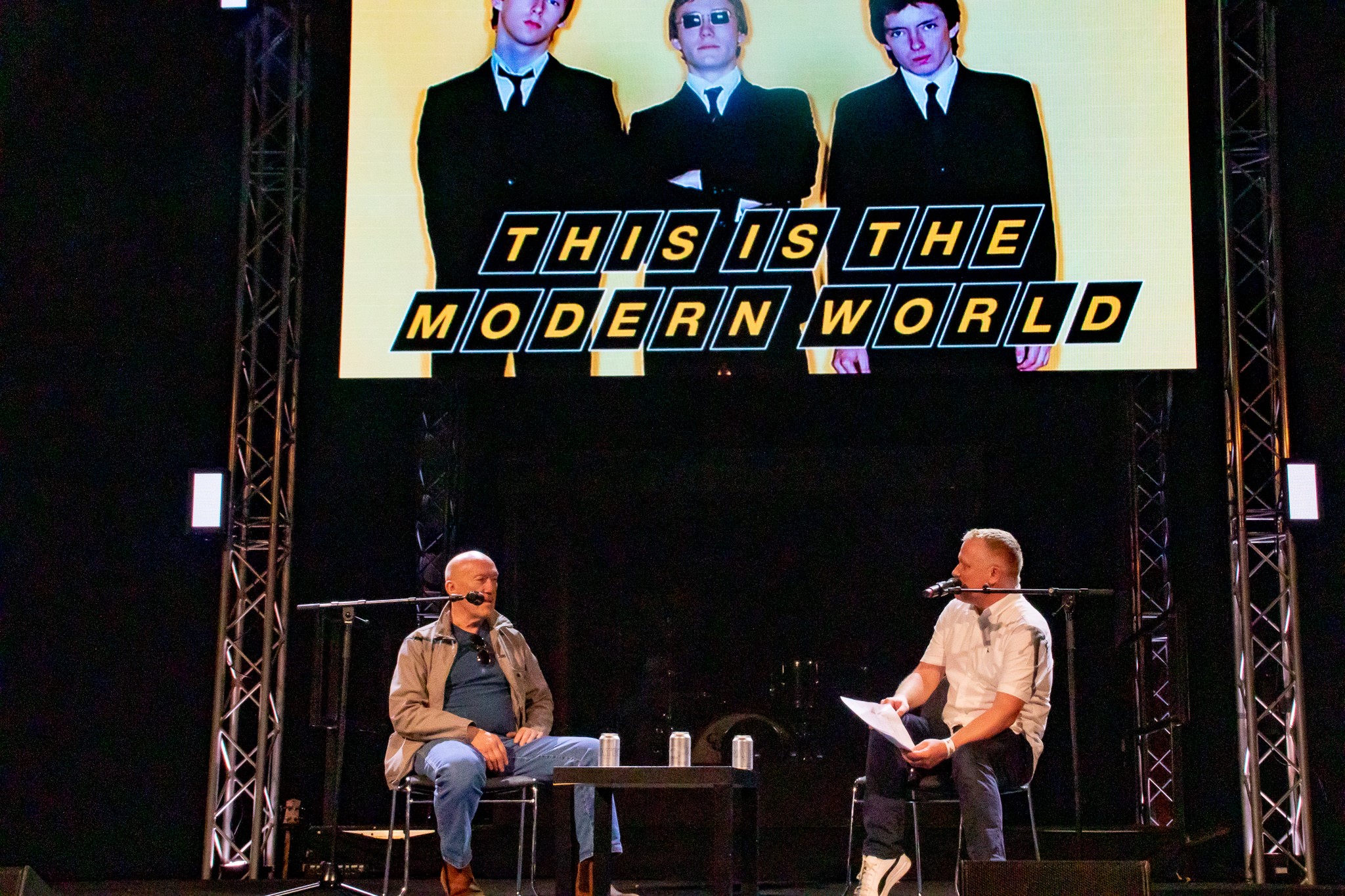 Amongst these heavier topics, Rick told many light hearted antidotes from the band’s time together, including how they would all wear the same one (unwashed) suit for a whole US tour and drinking 14 bottles of red wine the day before catching a flight to a festival in Europe. A highlight of this interview for me was talking about the recording process of their albums, with the majority being recorded live to capture the live performance they are so well known for. 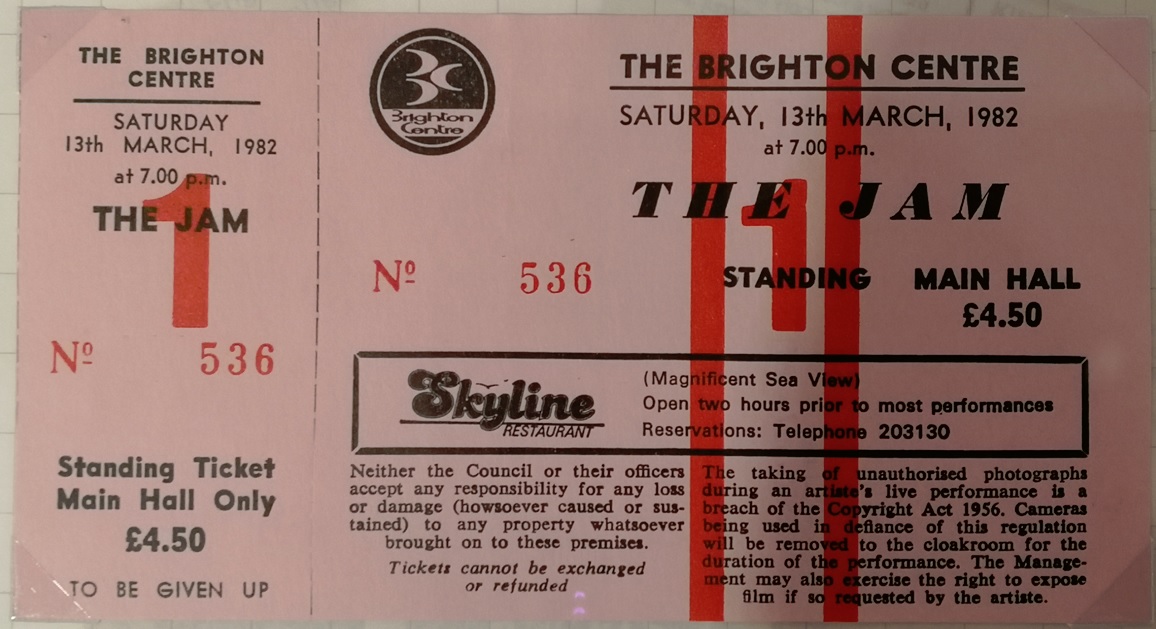 Unused Jam concert ticket for their 13.3.1982 gig as seen at ‘This Is The Modern World’ exhibition (pic Nick Linazasoro) (click to enlarge)

In this conversation, there was of course the unavoidable topic of the band’s breakup, with front man Paul Weller choosing to end the band at the height of their career, Rick described this as a “very permanent solution to a temporary problem” and explained how it “did not add up” why he pulled out when he did. He went on to explain how bassist Bruce Foxton and himself considered reforming “Just for the hell of it” for one off events such as Live Aid, but Paul would never entertain the idea. Although it is noted that Paul Weller did in fact play at Live Aid to 72,000 people in Wembley Stadium on the 13th July 1985 with his new band The Style Council. 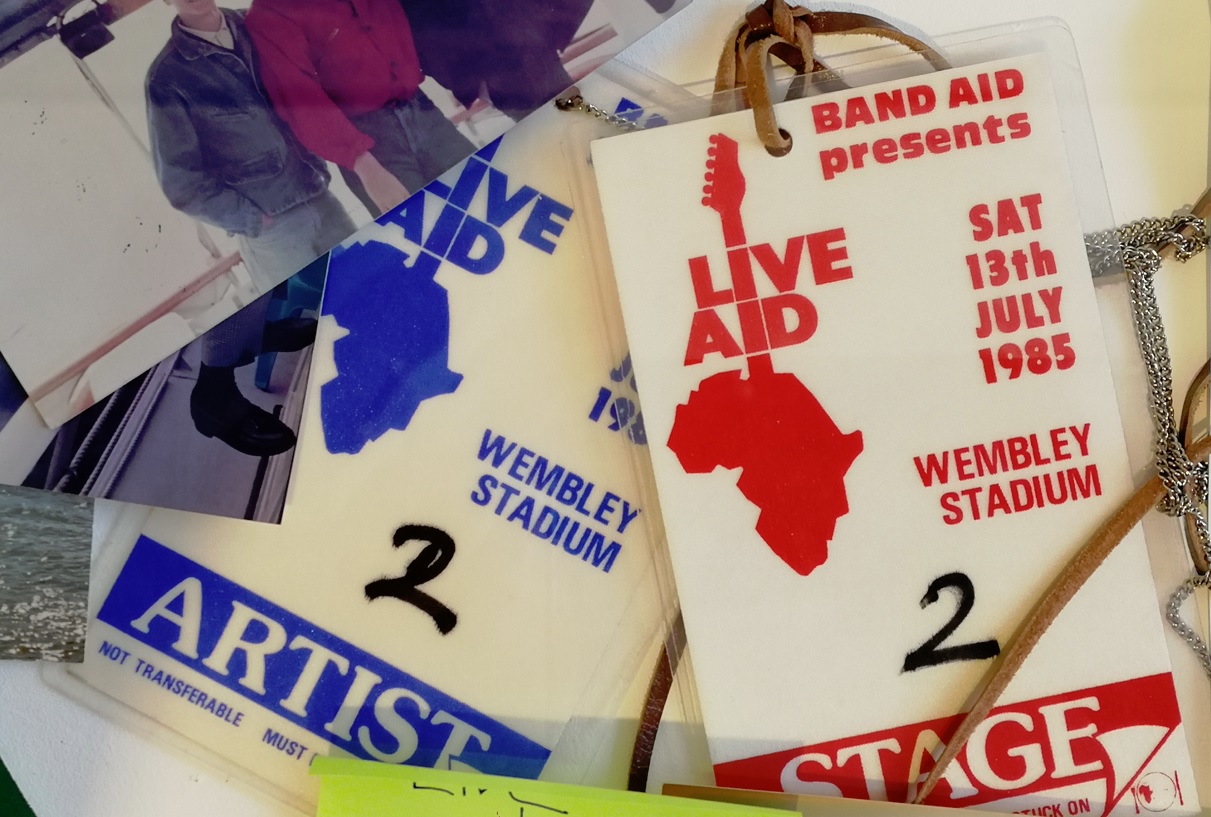 When asked if he would consider reforming now he explained how the moment had passed and it would no longer be for the right reason. 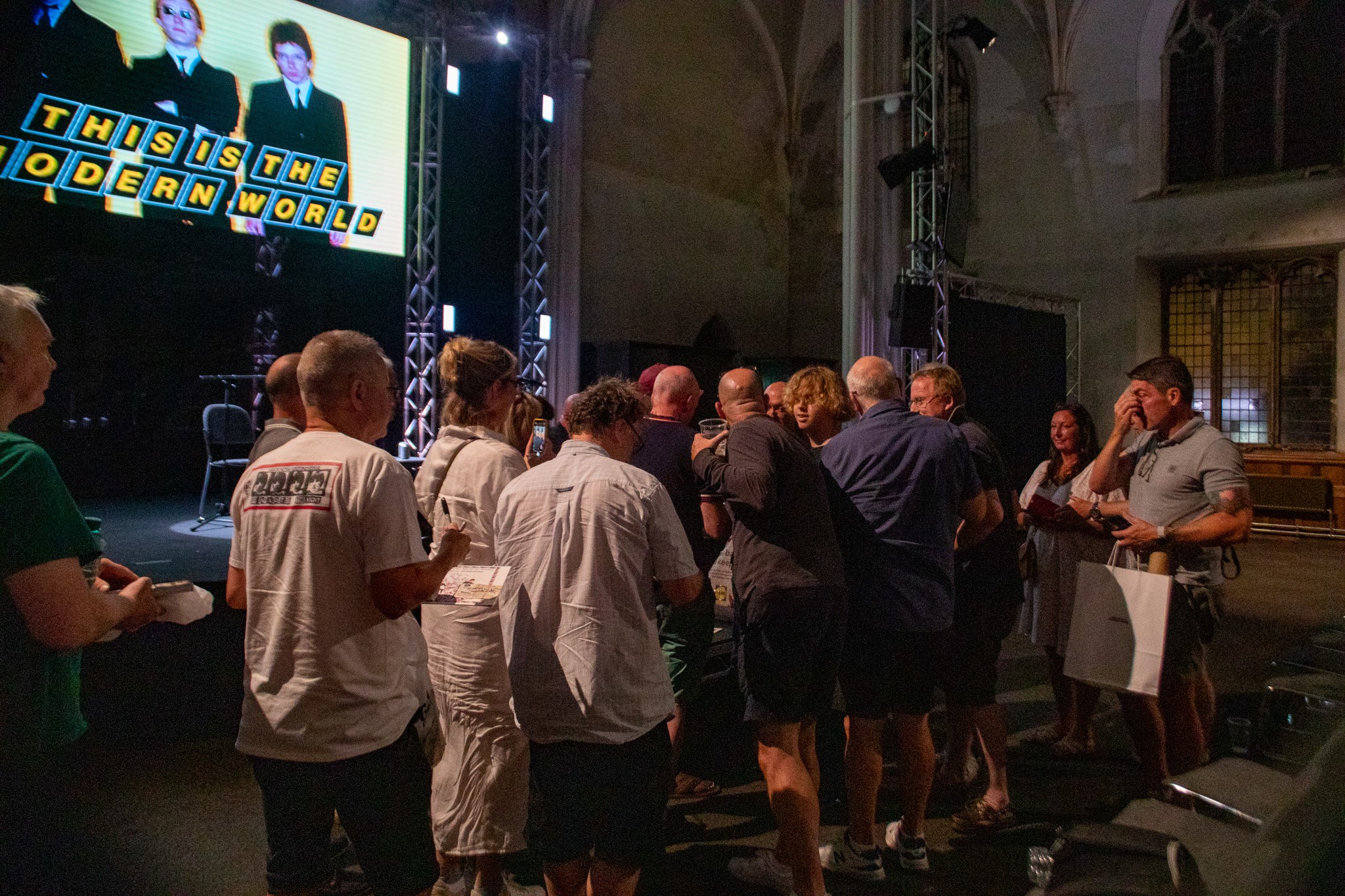 After an hour and 15 minutes of questions from the presenter and the crowd, the evening drew to a close with Rick offering to sign books and take photos with fans.

I walked home listening to The Jam’s most famous tracks with a whole new view of the band and the music they created. 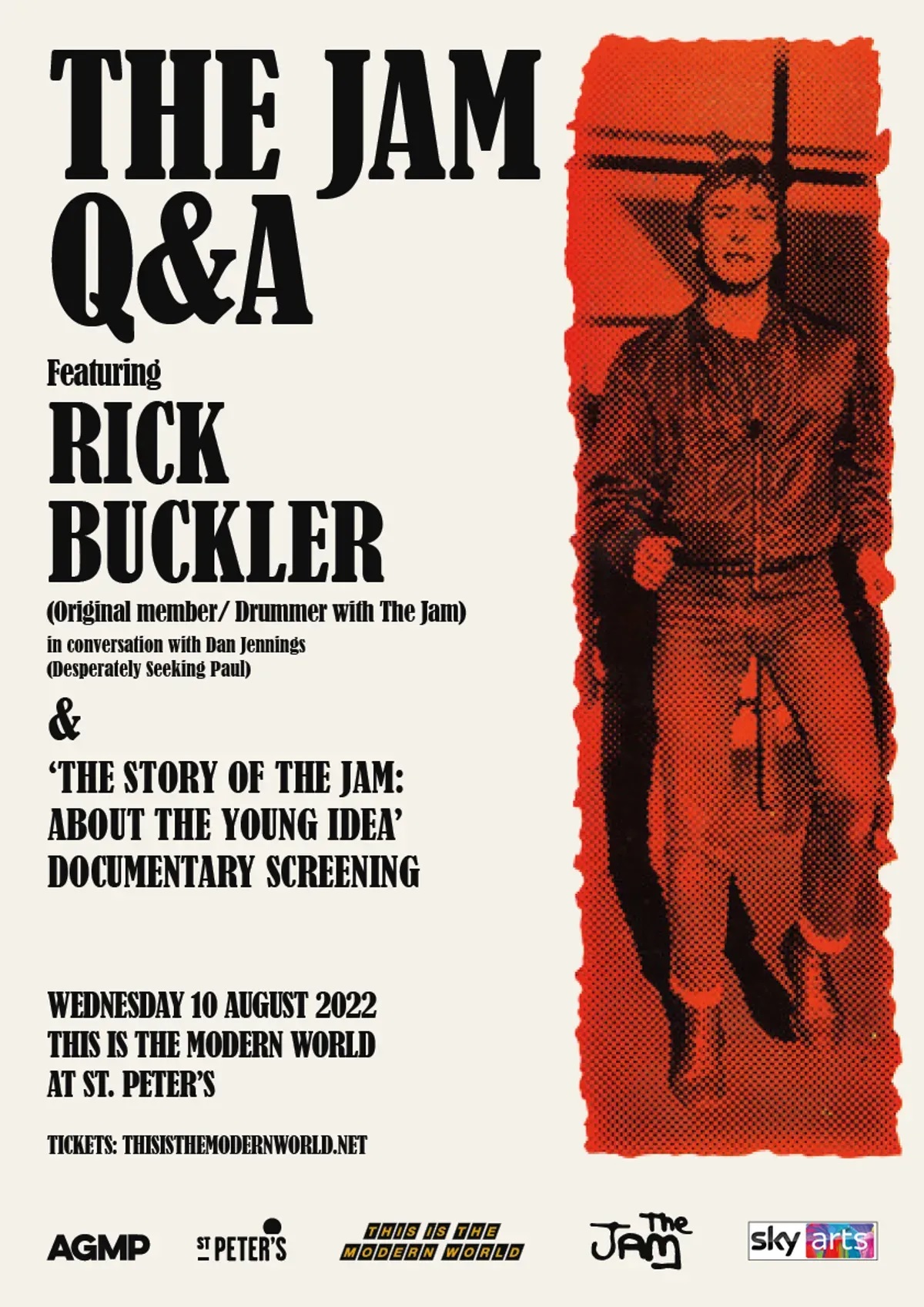 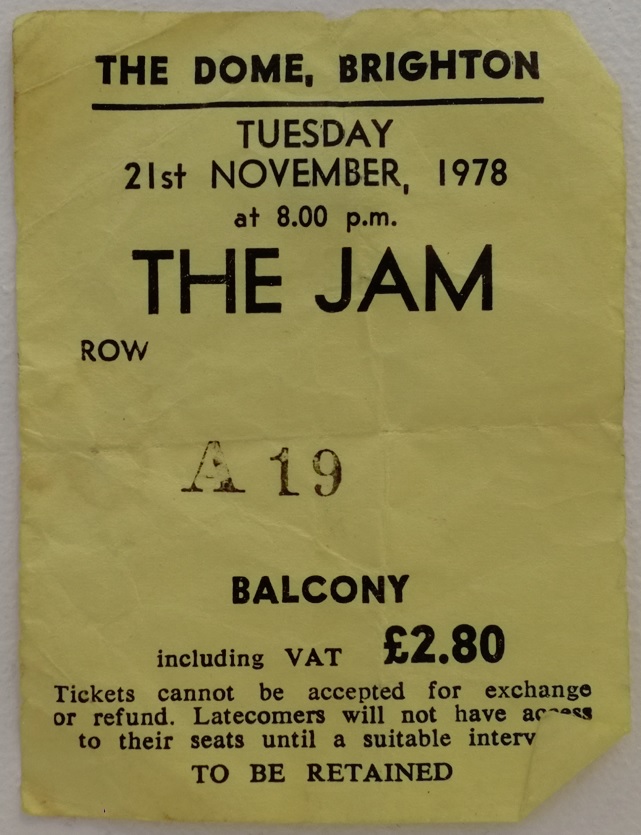 The Jam ticket from their 21.11.1978 gig currently on display at ‘This Is The Modern World’ exhibition (pic Nick Linazasoro) (click to enlarge)