Pavilion Gardens could be fenced off by 2024 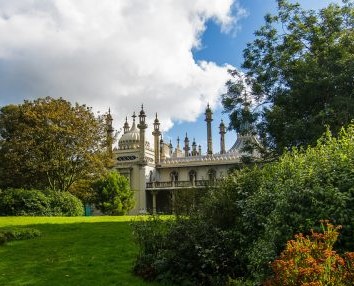 Plans to fence off Pavilion Gardens and lock the gates at night to tackle crime and antisocial behaviour are back on the agenda.

The idea was first mooted in 2013, and gained momentum in 2017 when the Grade II listed gardens were first placed on the national Heritage At Risk register.

Now, the first designs of how it could look are set to be unveiled in the coming weeks after initial consultations with community groups.

If the gardens are fenced off, this could allow ticketed evening events, which could help raise funds for the upkeep of the gardens.

Once the designs are finalised over the next eight months, an application will be made for £3.4 million of lottery funding, and if successful, work would start in early 2024.

The proposed changes include

One of the groups consulted, the North Laine Community Association, says it does not want access to the gardens to be restricted, particularly at winter when daylight hours are limited.

In the latest issue of the North Laine Runner the association said: “From our point of view, this would mean the gardens would be open for the very few hours of light each day in winter months.

“The rationale is to preserve the safety of the Royal Pavilion, the historic landscape, and the public.

“From our collective viewpoint, although many visitors enjoy the gardens, it is the main garden space for North Laine residents as it is one of the few green spaces in the area, and is a place to meet and enjoy the Pavilion Gardens cafe.

“More than anything else, the gardens are part of the local community as well as a city-wide resource and thoroughfare and should not be surrounded by fencing and gates.”

The latest proposals have been worked on since Brighton and Hove City Council received a £214,000 lottery grant in December 2019 to develop initial designs.

Now the plans for the gardens, which have since passed to an independent trust, are due to be unveiled this autumn

Brighton and Hove Museums – the new name for Royal Pavilion and Museums, said the garden was a victim of its own popularity.

It said: “The number of people visiting has caused damage to the plants and wildlife, litter is difficult to manage and at night, the area suffers from anti-social behaviour.

“It also has one of the highest crime rates in the city. Sussex Police recorded 130 crimes in the garden from April 21 to February 22, of which 33.5% were crimes of violence (assaults, robberies and sexual offences).

“It has been placed on the Heritage England At Risk Register for concerns about high levels of visitor use, erosion of character and a deterioration of the sense of history in the garden.

Consultation has taken place via surveys of garden users onsite, meetings with 16 different stakeholders including the North Laine Community Association, and focus groups with residents, higher education providers, and schools.

“We have also interviewed approximately 70 members of community groups representing the key target audiences that we want to benefit through targeted work from the project which are families and adults on low incomes, young people, people with disabilities and people with mental ill health.”

The proposals will go out to wider consultation in the autumn, and people will be able to comment online and at a community day in October.

Designed by Pavilion architect John Nash for George IV in the 1820s, it is one of the only Regency gardens in the world.

Its renovation is part of a wider project to restore the wider Pavilion estate, which got underway in 2017 with the ongoing refurbishment of the Grade I listed Corn Exchange and Grade II listed Studio Theatre.