This was up from the 99.6 per cent pass rate in 2019 – the last time when pupils were graded after final exams.

It was also the first set of formal exams for the teenagers whose GCSE exams were cancelled during the coronavirus pandemic.

Almost half of all results were graded A* or A – at 49.1 per cent. This was an increase since the last formal exams in 2019 and similar to the “centre-assessed” 50.6 per cent last year.

BHASVIC (Brighton, Hove And Sussex VI Form College), in Dyke Road, Hove, has consistently been one of the country’s top performing colleges at A level and this year was no exception.

Mr Baldwin said: “This year group in particular have shown real dedication and resilience by sitting formal exams and assessments after the disruption of the pandemic.

“Let’s not forget they did not sit GCSE exams so this was their first taste of public exams.

“Added to that, they studied the majority of their courses not knowing if they would sit exams and had to navigate contingency arrangements where mocks could have contributed to final outcomes if exams did not go ahead.

“BHASVIC students have achieved incredible things and deserve to be congratulated.

“BHASVIC is used to being in the top 1 per cent of national providers for A-level outcomes and this year is no different.

“Results are above the midpoint between 2019 and 2022 which is where the government determined outcomes should be.

“It is a tremendous achievement to see A* to A grades remain at nearly 50 per cent (where they were last year) and 13.2 per cent above the national average for England.

“These grades are the highest our students have achieved in the last four years.” 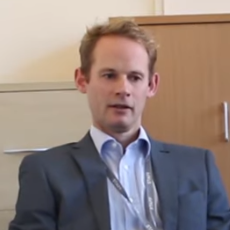 In response to the national discussion around grading, Mr Baldwin added: “We have always known that this year was a ‘transition year’ between 2021 (when assessment was done directly by schools and colleges) and 2019 (the last year exams took place).

“Given that context, I’m delighted that our A* to A grades are almost identical to outcomes last year.”

Of the 1,367 university applications from BHASVIC students, 87 per cent have been placed.

And, Mr Baldwin said, despite newspaper headlines this week to the contrary, this figure is higher than in previous years.

The college was working with students who did not yet have a place to find a suitable course.

Mr Baldwin said: “These results are a culmination of years of learning and as such I’d like to thank our schools for laying the foundations.

“Thanks must also go to our parents and carers for the support they provide to our learners – especially during the disruption caused by the pandemic.

“And a final word to our students. Remember that your results don’t define you – kindness and compassion are more important qualities than grades.

“I know you have exciting futures ahead. Good luck as you embark on your varied and exciting progression routes.

“You are all exceptional, inspiring and talented young people and we couldn’t be prouder of you.”