A Brighton student is among 31 people to have been arrested after protesters blocked petrol stations and sabotaged fuel pumps at four M25 service stations this morning (Wednesday 24 August). 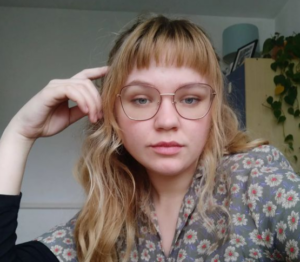 Sophie Sharples, 22, who is taking part in the blockades, said that ending fossil fuel consumption was this generation’s “mission”.

She said: “We have such a short window of time to act to avoid the complete destruction of all we know and love.

“For all life and for the love of humanity, I have to do everything I can. And with my privilege I am able to face arrest so I will.”

Just Stop Oil supporters blocked access to the petrol stations from about 5am by sitting in the road with banners.

Some fuel pumps were put out of use when display glass was broken and they were covered with spray paint.

The forecourts at Clacket Lane and Thurrock remained closed this afternoon.

Surrey Police said that it made 13 arrests at Clacket Lane and seven at Cobham while Essex Police arrested 11 people on suspicion of criminal damage at Thurrock.

“We understand that people have the right to peacefully protest but we will not tolerate criminal activities that affect our communities and businesses and will take swift and robust action to tackle such incidents.

“We will continue to work with our partners and businesses to bring this situation to an end.”

Just Stop Oil said: “This campaign will continue until we have a meaningful statement from the government stating that they will stop all new oil and gas projects in the UK. For the government to do anything less is genocide.”