A Brighton homeless charity was given free tickets to see Coldplay from a private box at Wembley Stadium on Sunday (21 August). 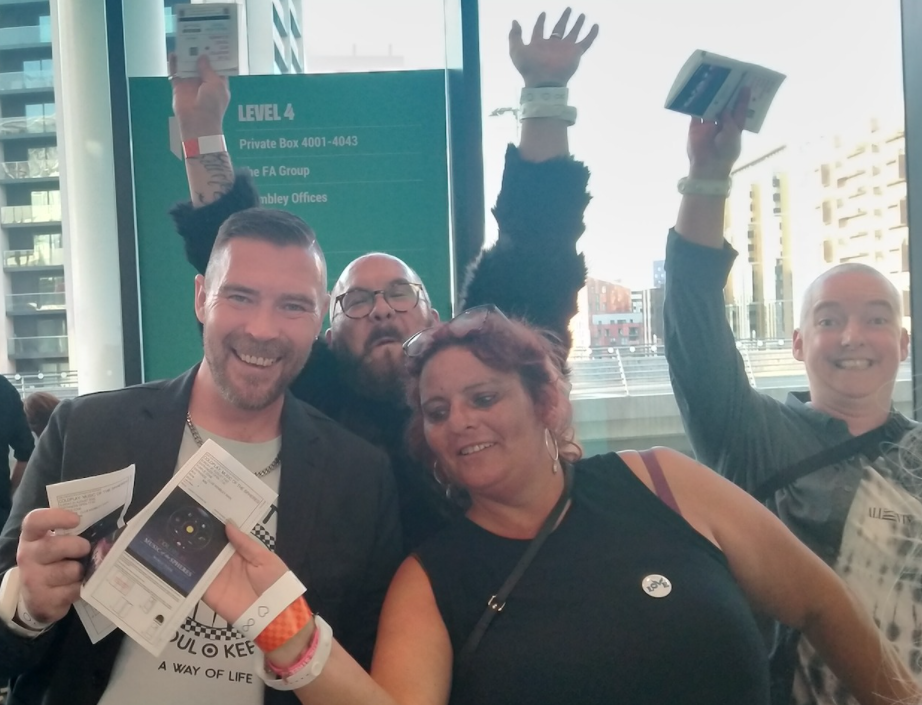 Brighton charity Justlife was given the tickets for some of the homeless people it helps, having reached out to the band.

And they were treated to a three-course meal, cooked for them by a chef, as well as pre-show and after-show backstage passes, goodie bags of merchandise – and a view of Coldplay’s performance from a private box.

Justlife’s activities co-ordinator Naomi Bramley said: “My children’s father worked with Coldplay for many years so I had a contact within the band.

“I decided to be cheeky and ask for some tickets for Justlife clients that I work with but the band went above and beyond my request for tickets and their generosity and kindness was outstanding.”

Brighton businesses also got involved in the good deed, with All Saints clothes shop, in East Street, helping to style Justlife’s clients with outfits for the gig, and Brighton and Hove Community Transport providing free transport to Wembley.

Some attendees said that it was the “best experience they had ever had in their life” and made them feel “valued and alive”.

Jude, one of those who went, said: “It’s such a long time since I’ve been to a proper concert and I’d forgotten what a buzz it gives me.”

Justlife provides health and housing support to people who are homeless and living in temporary or emergency housing.

This year, Justlife is celebrating its 10-year anniversary in Brighton, marking a decade of supporting local people affected by homelessness.

Those who went to the concert were all part of Justlife’s befriending scheme, Social Connection, which matches people moving away from homelessness in Brighton with a friend to share activities with.