Tree crashes down on to three parked cars in Brighton 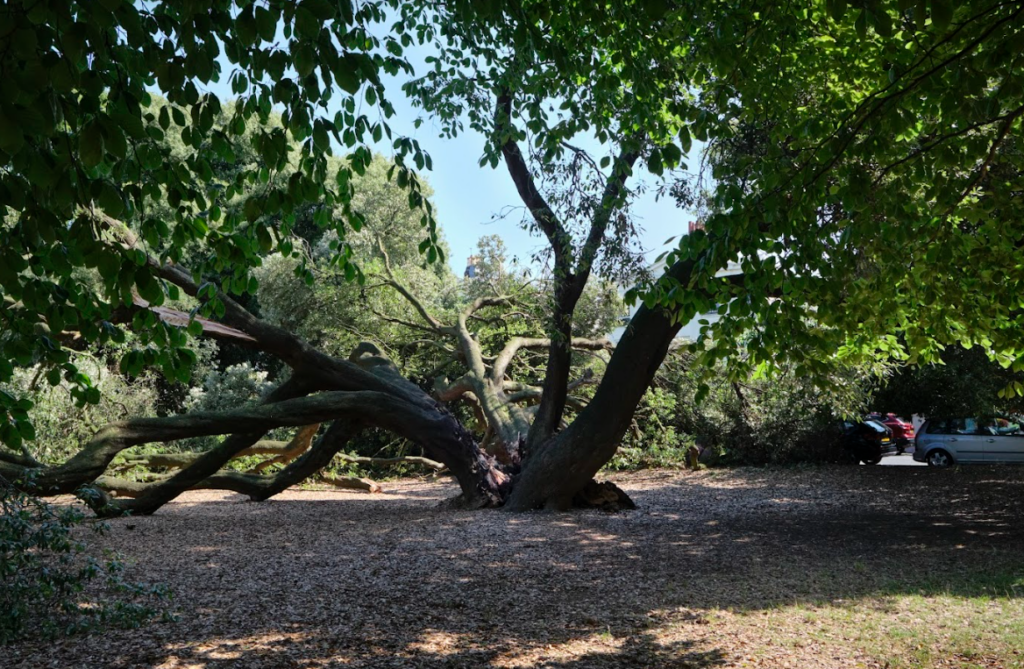 One of the biggest and oldest trees in Brighton split in three and came crashing down today (Wednesday 24 August), with one section landing on three parked cars.

The tree – understood to be a magnificent centuries-old oak – collapsed at about midday in Montpelier Crescent, just off the Seven Dials.

A neighbour, Luke Perkins Petit, who is staying opposite, in Vernon Terrace, captured the immediate aftermath in a series of photographs.

The fire service, police, council and tree experts were called out to the scene and Mr Perkins Petit said: “It’s lucky nobody was hurt by the fall. A few cars were damaged.

“The tree had survived the hurricane and was a big part of the local environment.”

It was a “popular lunchtime hangout spot” – and Mr Perkins Petit added: “Some locals were almost in tears.”

East Sussex Fire and Rescue Service said: “We were called at 12.31pm to reports of a ‘dangerous structure’ in Montpelier Crescent.

“A large tree had collapsed on three parked cars.

“We cordoned off the area for public safety and contact the local council.

“We also alerted Sussex Police who then took control of the scene.”

Brighton and Hove City Council or the fire service are understood to have instructed a specialist contractor – a tree surgeon – to help.

The reason for the collapse of the tree was unclear in the immediate aftermath.

Here are some of the pictures taken by Luka Perkins Petit … 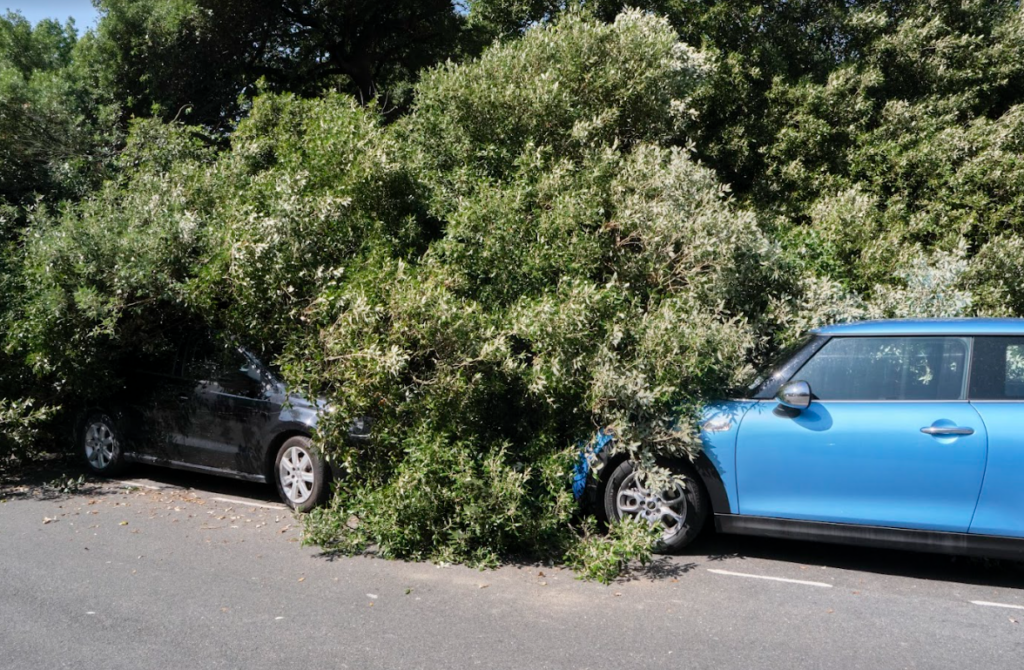 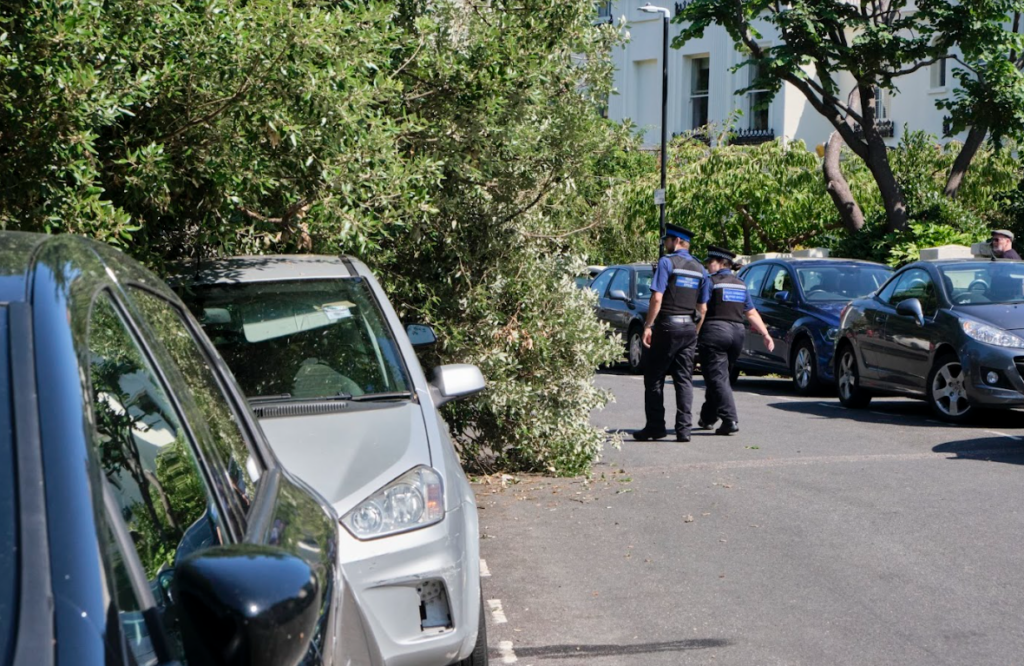 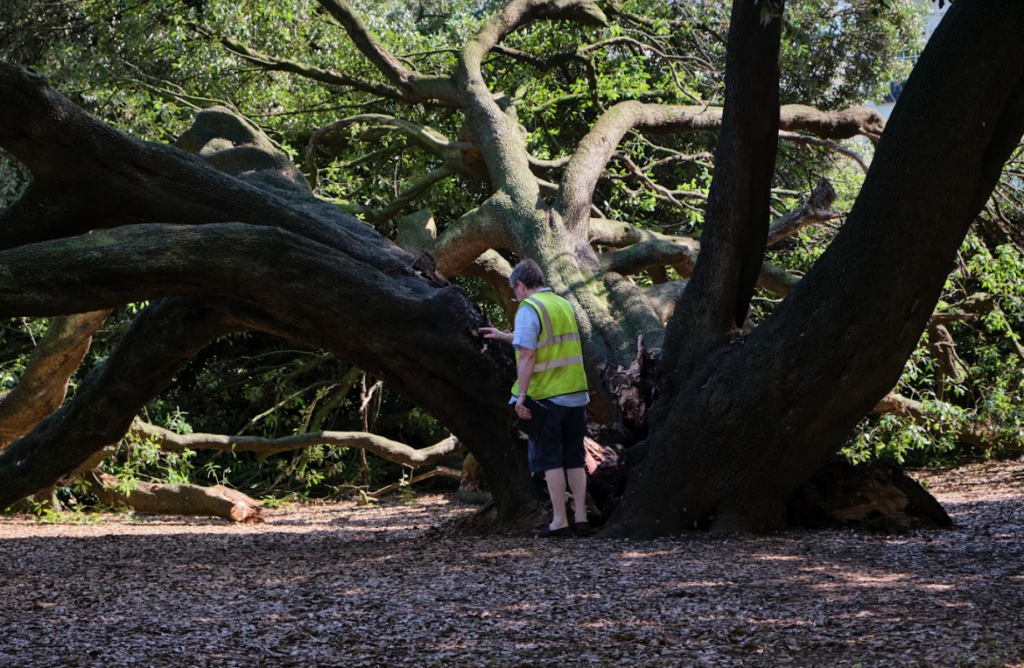 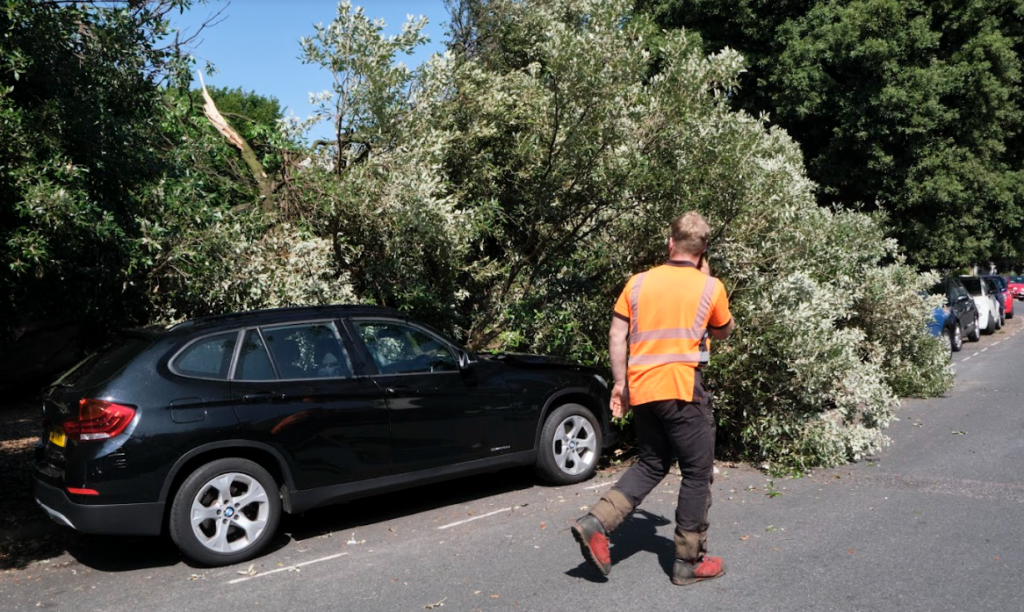 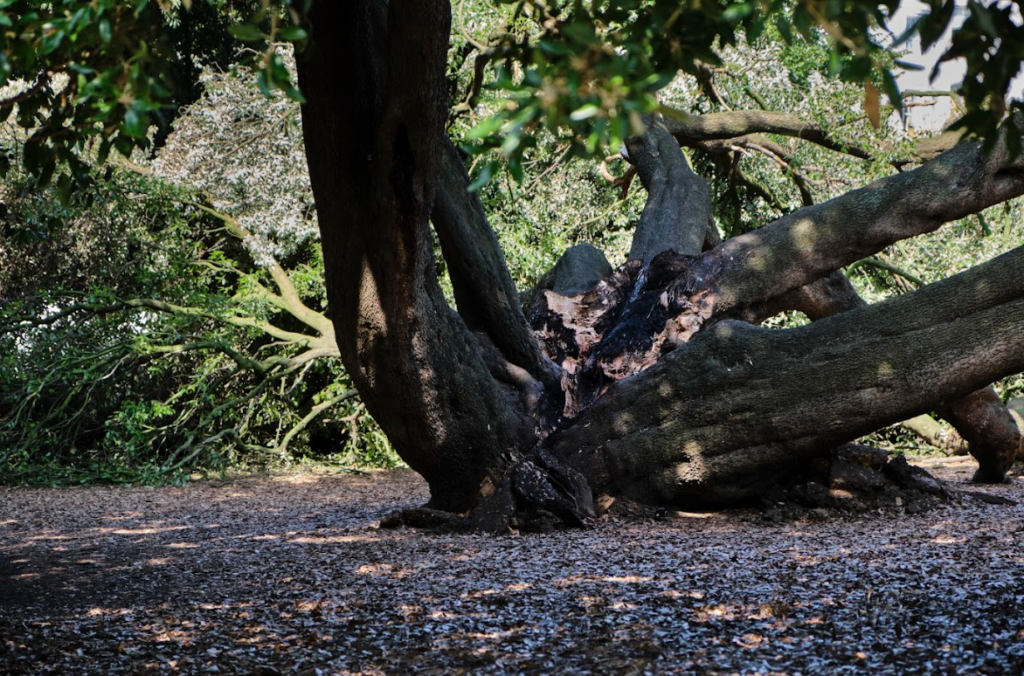 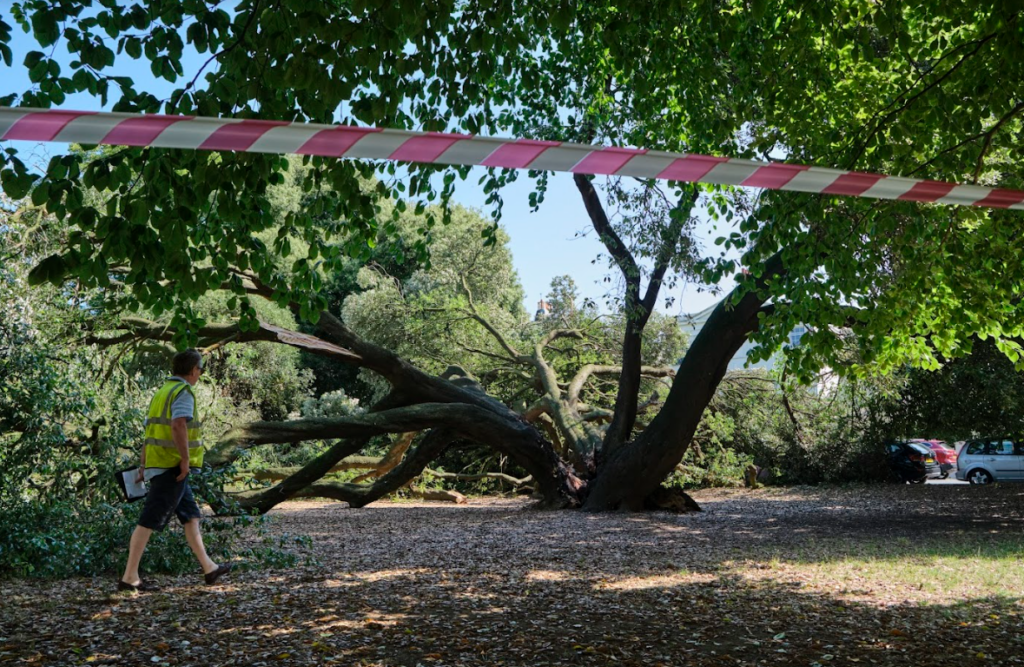