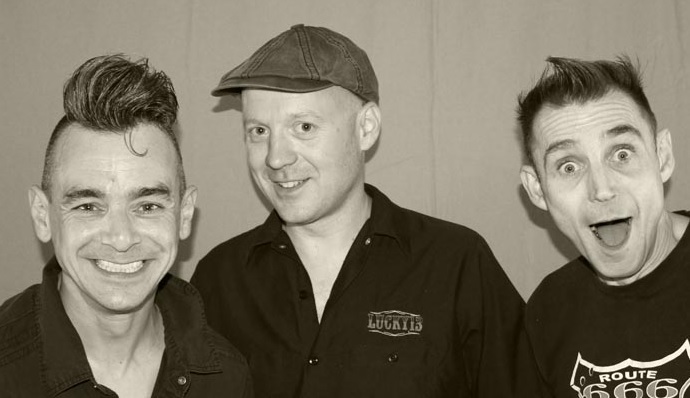 The Long Tall Texans have announced that they will be playing live at The Prince Albert on Saturday 8 October 2022 and support will come from Red Hot Riot. who are a four piece neo-rockabilly/psychobilly influenced band from the Forest of Dean. You can purchase your tickets HERE.

Want the full rundown on The Long Tall Texans? Well then, the band sent us this biography written by Simon Nott. We reckon it’s got the lot. So without further ado, here it is … 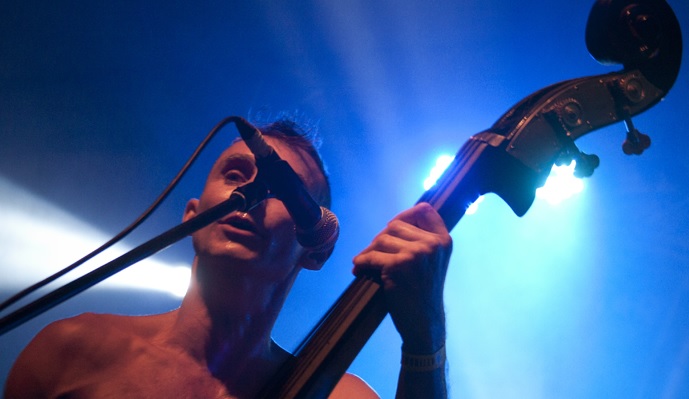 Back in Brighton 1982 it wasn’t that easy to get your hands on a double bass. And even if you did, you’d be lucky to get more than a free grope in a music shop because those things were bloody expensive. Well out of the range of 16-year-old Mark Carew. This story would have ended there, with our hero stood hands in empty pockets gazing longingly at a lovely curvy double bass in front of a shop window before mooching sadly off into obscurity.

Luckily for the past 30 years of double-bass abusing music, there was a saviour at hand in the shape of Kevin McCormick aka “Spider”. He’s remembered first and foremost for not only owning a double bass and then lending it to Mark but as “colourful, great fun, a cheeky chappy, endearing, the sort of guy who’d take the piss out of you and you’d still love it”. So our story begins with a lent bass and Mark Carew learning to slap some notes on that borrowed instrument.

Fast forward a year or so and Mark has become proficient enough on that bass to team up with guitarist Mark “Boggles” Denman and drummer Bill Clifford. Together they formed a trio they called The Long Tall Texans. It wasn’t long after the band reached those lofty heights of, well, being a band, that drummer Bill quit the trio and rock ’n’ roll. Nobody seems to know exactly why but one rumour was that he decided on a career at the local hamburger emporium. 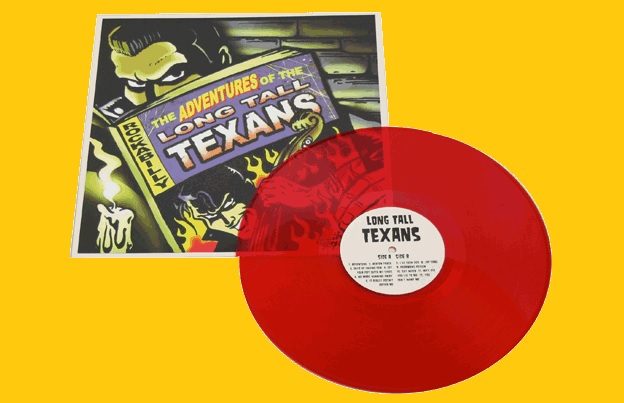 Truth or fiction, it was a bad move for Bill but where one door shuts another opens. Anthony (Theo) Theodotou drumsticks in hand happened to walk in through this one. That line-up were immortalised on wax for the first time when two tracks, 900 Miles and One More Time, performed live at the school where Boggles taught, were included on a locally released album entitled Sounds of the Southern Scene.

Roll on to 1985 and The Long Tall Texans are recording again, this time in the presence of neo-rockabilly legend Boz Boorer. Boz was already famous as a Polecat and was soon to increase that status by becoming Morrissey’s right-hand man. Their fledging efforts resulted in the Ballroom Blitz EP released on Boz’s own Northwood label and are now available again on Anagram’s The Long Tall Texans Story double CD.

The band’s popularity flourished as they belted out high-octane psycho-rockabilly to an ever increasing army of fans who couldn’t get enough of their good-time party music. Their first long-player, Sodbusters, released on Razor, was a hugely anticipated debut, record-buyers eagerly lapped up its genre-mashing slap bass tunes. The Long Tall Texans were by now a regular feature at that now legendary psychobilly venue the Klub Foot as well as on the UK club circuit and beyond. More albums, EPs and compilation tracks followed as did Radio 1 airplay and the distinct possibility of the “big time” which would have been sorely deserved. Each album had pushed the perceived genre boundaries further and the more the Texans shoved the more people appeared to love it. 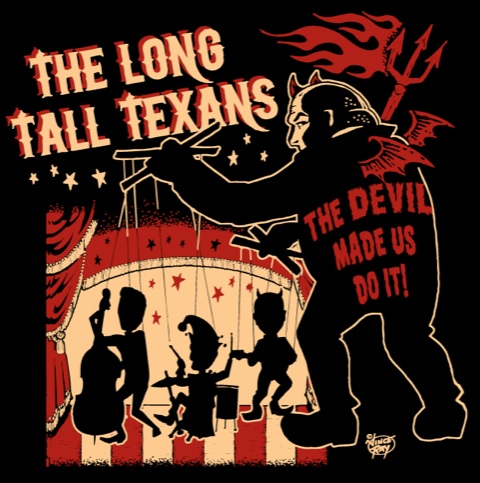 Though never really totally enslaved within the psychobilly bubble, the genre’s demise in the UK at the end of the 1980s, coinciding with the closure of the Klub Foot, came just at the wrong time for the band on the brink. Undeterred by the minor home-based setback, The Long Tall Texans set their sights on the still-thriving European scene. This went well but then they took another blow. Boggles decided to hang up his guitar shortly after the release of Singing to the Moon. The album had been getting attention well beyond the realms of the rocking crowd so his departure was bad timing event number two.

But hey, what’s a band to do? Get a sax player, that’s what. Paul “Who’s the f*cking hippy” Mumford suddenly appeared stage-left looking as if he had just come from a tunnel hanging out with Swampy and mates at the Newbury bypass demo. Looks certainly were deceptive though and, despite initial misgivings from some sectors of the psychobilly scene, he proved to fit right in and the band entered another era of their music. The next album, Aces and Eights, featured Mumford’s sax heavily and continues to be a firm fan favourite.

The Long Tall Texans continued to tour the world during the 1990s though their recorded output slowed down from those halcyon days of the mid to late 80s. In fact Aces And Eights was the last album for a decade so when Adventure was unleashed in 2005 it took several people by surprise. Songwriting was largely shared by original Texan and wordsmith Boggles and newly enlisted guitarist Garry Castleman. As you would expect with the Texans and after such a period of “maturing” the album, minus the sax, Mumford having jumped ship back at the end of the 1990s, it had a different feel from anything before. But once again it was embraced, not least with Mike Davies spinning the title track on the hugely influential Radio 1 Punk Show. 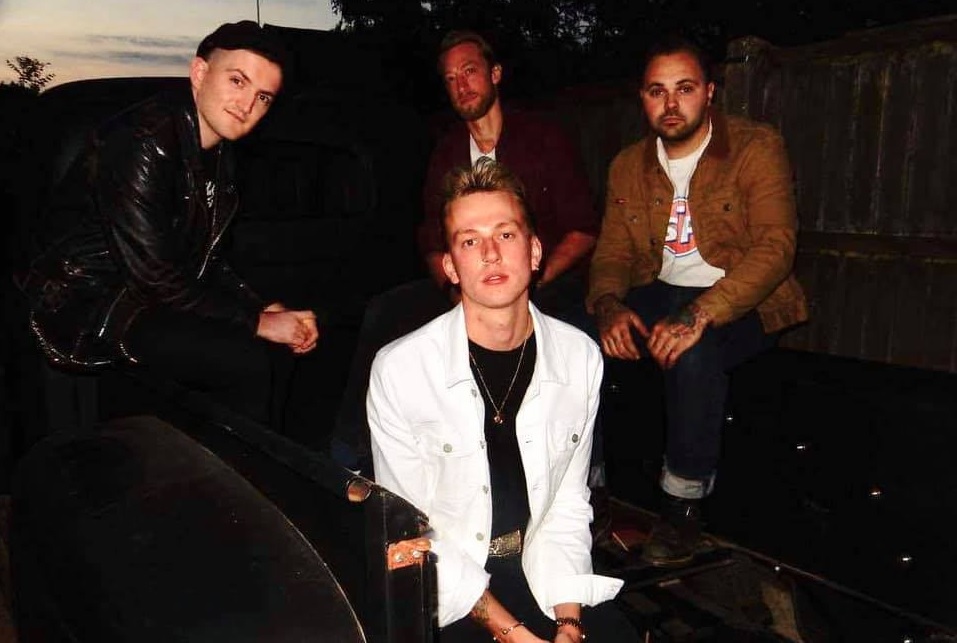 Red Hot Riot will be supporting The Long Tall Texans

From the beginning of the new millennium a big upsurge in interest in psychobilly and related music had emanated from America, largely due to Hellcat Records’ decision to expose the kids to Nekromantix and Tiger Army. It didn’t take long for those kids to do some digging, aided greatly by the new-fangled internet, and find the music’s roots and more importantly discover The Long Tall Texans. Inevitably, the trio were soon being romanced by promoters across the pond and were gracing stages in the US before you could say get up and go. And so it has continued.

So here we are in 2013. It’s only taken them eight years this time. Here’s the brand new album. Once again, largely penned by Garry Castleman, though his band duties have long been relieved by guitar-twanger extraordinaire “Brother” Matt live and on record. Of course, it’s Mark Carew on vocals and bass and Theo still cracking the drum kit. Burgers, eh?

You would be disappointed had the trio not upped their game again – and so they have. Not only their game but the tempo too. In a way, they have gone full circle back to their psychobilly roots. Full circle taking me back to the start of these notes. Kevin “Spider” McCormick not only lent Mark his first double bass, he also wrote a couple of cracking songs too, even demoed them with co-writer Neal Post. Although both excellent and of their time, written back at the height of the psychobilly frenzy of the early 1980s, they never went past that demo stage.

Tragically Spider died in a motorcycle accident soon after writing them and “Posty” lost his life to illness. Neither men saw out his twenties. “If it wasn’t for Spider, God bless his soul, the band would never have happened,” is Carew’s message. 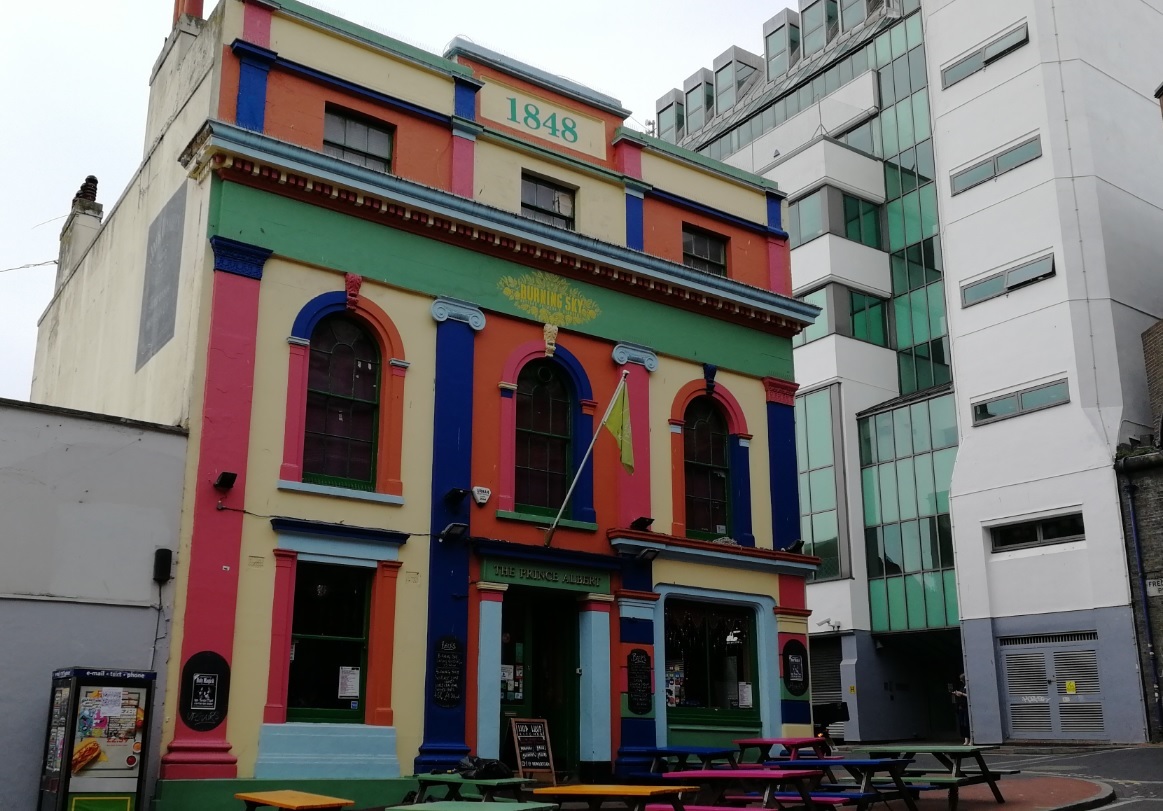 The Long Tall Texans, as a way of tribute and thanks, have resurrected those songs. Mark had kept the original tape all these years. He dug it out and, between them, the Texans have breathed life into those two tracks Kamikaze Killer and I Used to Feel Funny (But I’m Alright Now). The results are a stomping tribute to Spider and Posty and blend in well with the contemporary tunes from Garry’s poison pen. The Texans have once again delivered their take on psychobilly, just as they did with Sodbusters way back when, just different again, back full circle.

Call it rockabilly, call it psychobilly, call it what you bloody well like, it is undeniably The Long Tall Texans. It’s been a while, so why now? Well of course, the answer is simple.

The Devil made them do it. 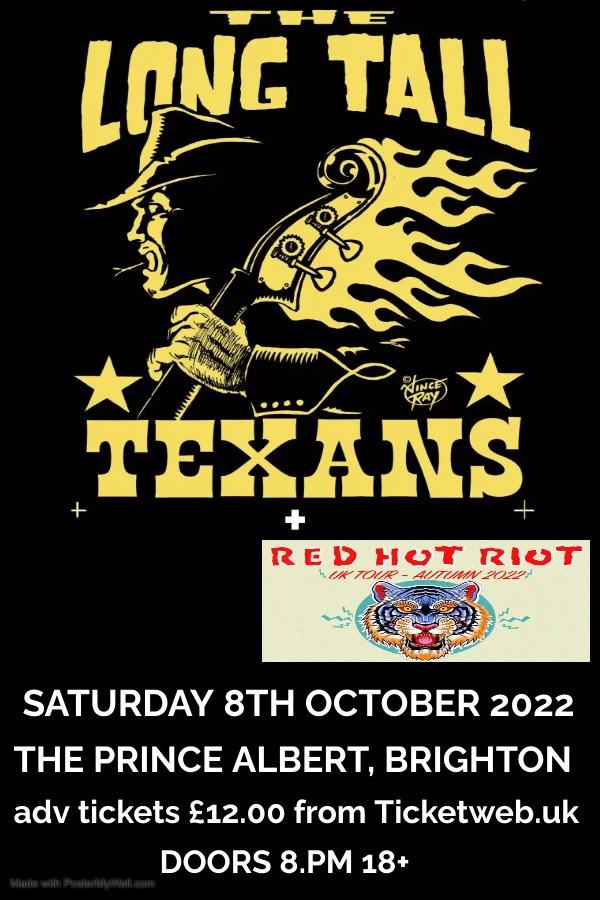