A Buddhist monk has been jailed for two years for indecently assaulting two girls after winning the trust of their families.

Koji Takeuchi, who calls himself Buddha Maitreya, pleaded guilty to three counts of sexually abusing the two girls who were about 12 years old at the time of the attacks.

The offences came to light after press reports of a separate case when Takeuchi, 82, was jailed for similar offences two years ago, Hove Crown Court was told.

On that occasion, Takeuchi was jailed for sexually abusing a girl from the age of three until she was nine in her Brighton home between 1975 and 1981.

He sentenced the Japanese monk to three years in prison and ordered him to serve a further year on extended licence for one of the offences.

Takeuchi was given the same sentence – to be served consecutively – for a second offence, making a sentence of eight years in total.

He appealed and the sentence was reduced so that both jail terms would run concurrently – to be served at the same time – making Takeuchi eligible to be considered for parole next month.

But yesterday Takeuchi appeared before Judge Gold at Hove again – by video link from Littlehey Prison, near Huntingdon, in Cambridgeshire.

Anthony Waller, prosecuting, said that Takeuchi had won the trust of a Brighton couple in 1972 or 1973 before abusing their daughter at her home. She is now in her sixties.

The site is a popular tourist attraction, drawing thousands of visitors a year, including coach loads of school children.

It featured in an episode of the TV series Britain’s Best Back Gardens, presented by Alan Titchmarsh, in 2015.

Again, he befriended a couple before abusing their daughter in 1986 or 1987, the court was told. She is now in her forties. 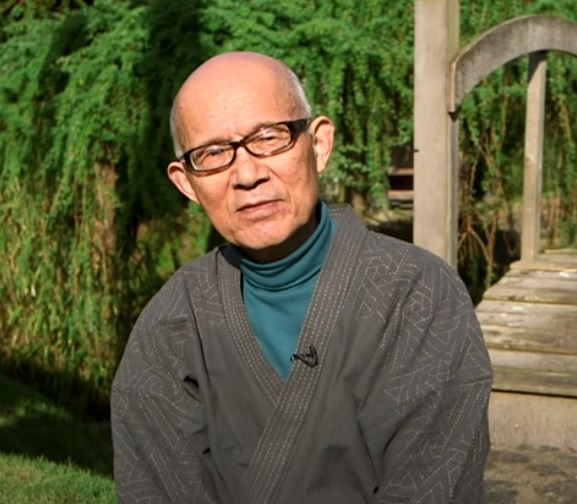 Mr Waller said that the complainants had never previously met and lived in different parts of the country – and Takeuchi had admitted that he indecently assaulted them.

He said that Takeuchi had travelled around the country, teaching meditation and staying with families.

For some years he was known as Zengo – and at times he was a familiar sight on his motorcycle, referred to by some as the Buddhist on a bike.

It is not known whether other complainants might yet come forward in places such as Brighton and Hove, Cambridge, Lancaster, Lincoln, Nottingham and Reading where he is known to have stayed.

The two women whose courage in reporting his abuse led to the latest charges being brought attended court yesterday to read their victim impact statements.

One, from Brighton, spoke about carrying her burden alone. She said: “At the time, I had no one to talk to. In the 70s it was a closed subject and I couldn’t talk to my friends.

“It took me a long time to tell my mum but I’m not sure that I told her everything as I was too ashamed, too embarrassed and I just didn’t have the words.

“If they knew anything, they didn’t go to the police. And you went on to hurt other people. 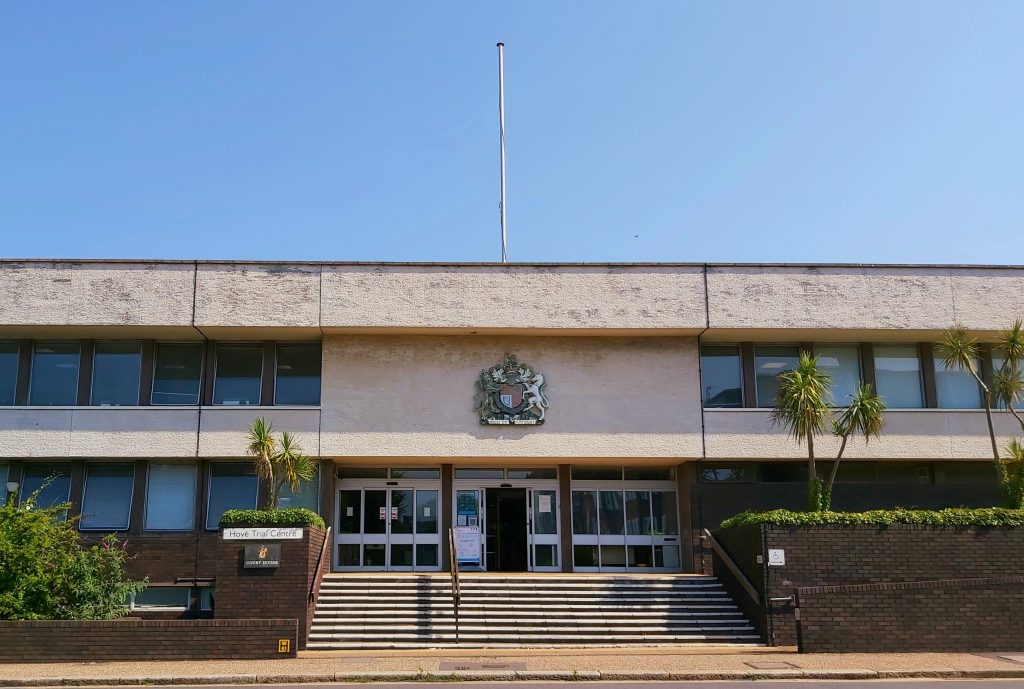 “Since finding out about your first conviction, I now feel guilty that maybe we could have stopped it.

“My parents welcomed you into our home as a trusted guest. I was absolutely petrified knowing that you would be in my home. I dreaded the days that you were coming.

“It was a large house and this meant that it was easier for you to be a predator – to hunt for us. You had the trust of my parents to go anywhere.

“I would hide. I would watch where you would go. I felt I had to try to protect my younger sister.

“As you were a Buddhist monk, everyone revered you and would treat you with the utmost respect. I wanted to shout out and tell them who you really were and I couldn’t.”

After seeing Takeuchi’s picture in press coverage of his previous case, the woman found the courage to contact Sussex Police.

She told the court that she thought that they would “brush it off as nothing … but they took it seriously and now you are pleading guilty”. 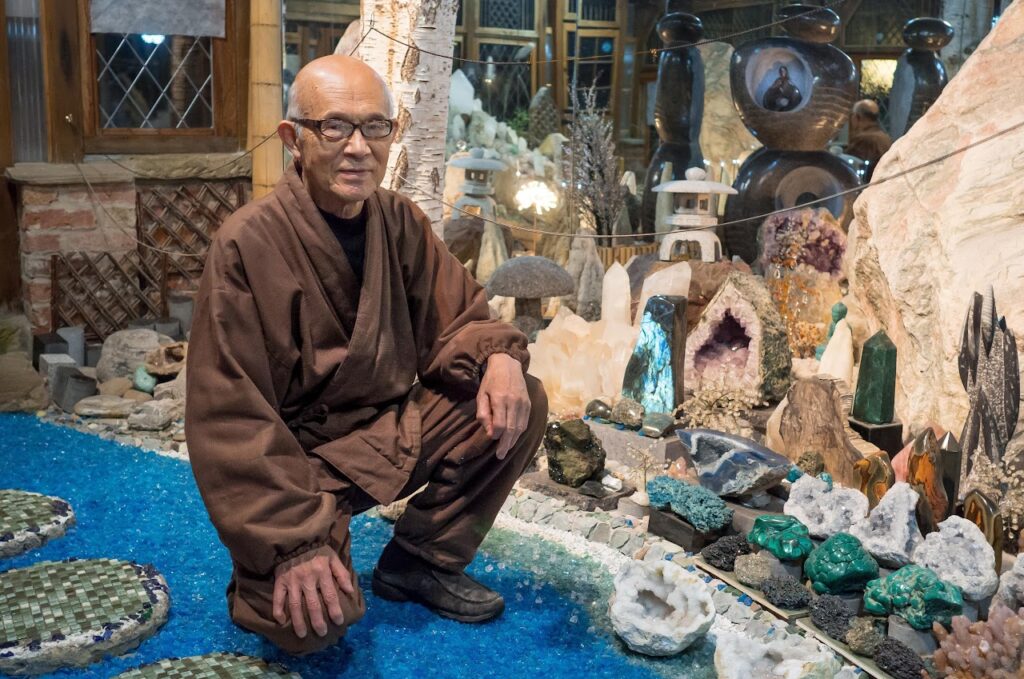 Koji Takeuchi, who calls himself Buddha Maitreya, at Pure Land

“I have had to open up to my work managers to allow me tie off to attend court. This is something I won’t get over.

“You used your robes, your status as a monk and your role and power to get what you wanted.

“I cannot forgive that you are claiming to be a Buddhist monk when you are against everything Buddhism stands for.

“People trusted you. I don’t trust anyone with faith. I immediately think they are hiding something and hiding behind their robes.

“Lives have been ruined because of you.” 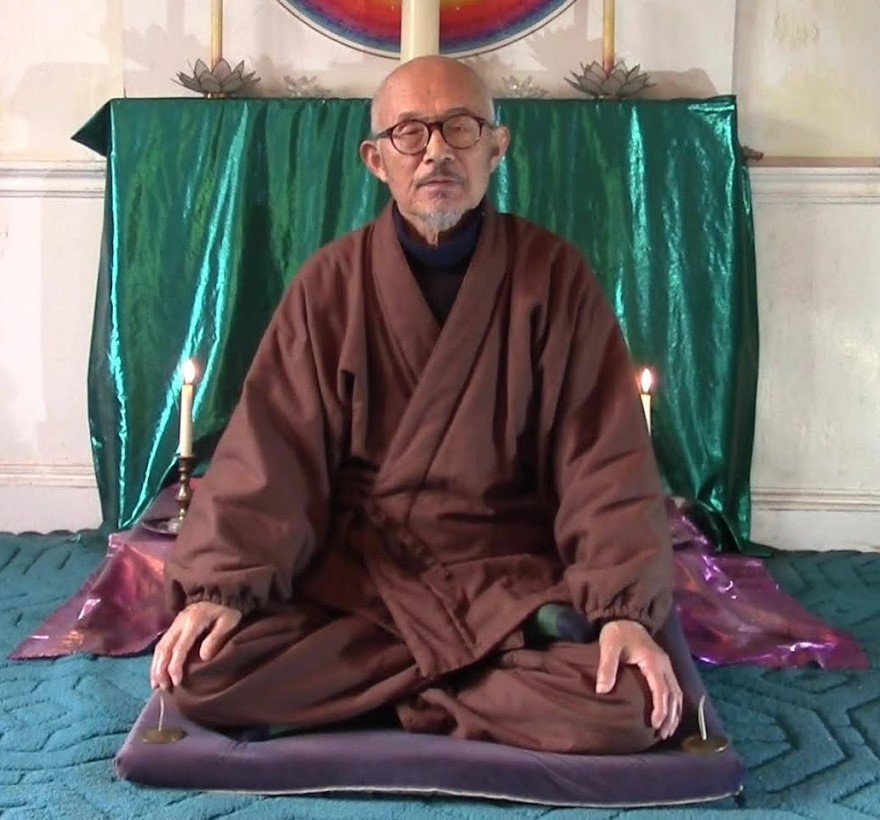 The other woman said: “When I was eight, I was introduced to Maitreya by my dad who, like many of Maitreya’s ‘followers’, believed he had met a real-life guru.

“My dad thought he was introducing his little girl to a spiritual leader – a Buddhist monk.

“This persona made it very easy for him to infiltrate the trust of my parents, both of whom were interested in meditation.

“It also meant that when he was admiring of me, my parents saw it as a compliment rather than a cause for concern.

“In fact, that façade of ‘Buddha’ that he strategically presented to the world was what enabled him to left alone with me when I was 12.

“When Maitreya became lascivious and molested me in my living room, I lost the sense of safety in my own home.

“I tortured myself for years with internal questions like, ‘Why didn’t I shout at him?’ ‘Why did I just freeze?’

“The reality is that I was only 12, alone in the house with Maitreya, with no one to back me up. And he was this great figure of authority, this teacher, this ‘Buddha’. 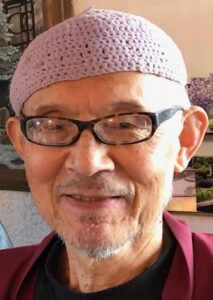 She said that, as a child, she had wanted to be a priest but Maitreya – “a Buddhist monk and a pillar of the community” – caused her to lose her belief.

She added: “All my faith seemed to die when the Buddha turned out to be just a lecherous man whose only real interest in our family was gaining access to my pre-pubescent body.

“His Japanese garden is still a local attraction which draws coaches full of children from local schools who are learning about Buddhism in their RE lessons.

“Over the years, I have spent time wrestling with the pain of not feeling adequately empowered to formally report what happened to me.

“I can only pray that I was his final victim although I have often been wracked with intense anxiety over my suspicion that there will have been many others who have felt unable to find a voice and come forward.

“I have had to listen to Maitreya, the local celebrity, being revered by people during yoga classes or during chance conversations about gardens or local attractions.

“It wasn’t until I read in a news article in 2020 that at least one other girl had experienced that side of the Buddhist monk prior to my ordeal in 1986 that I finally felt that I was no longer so completely isolated. 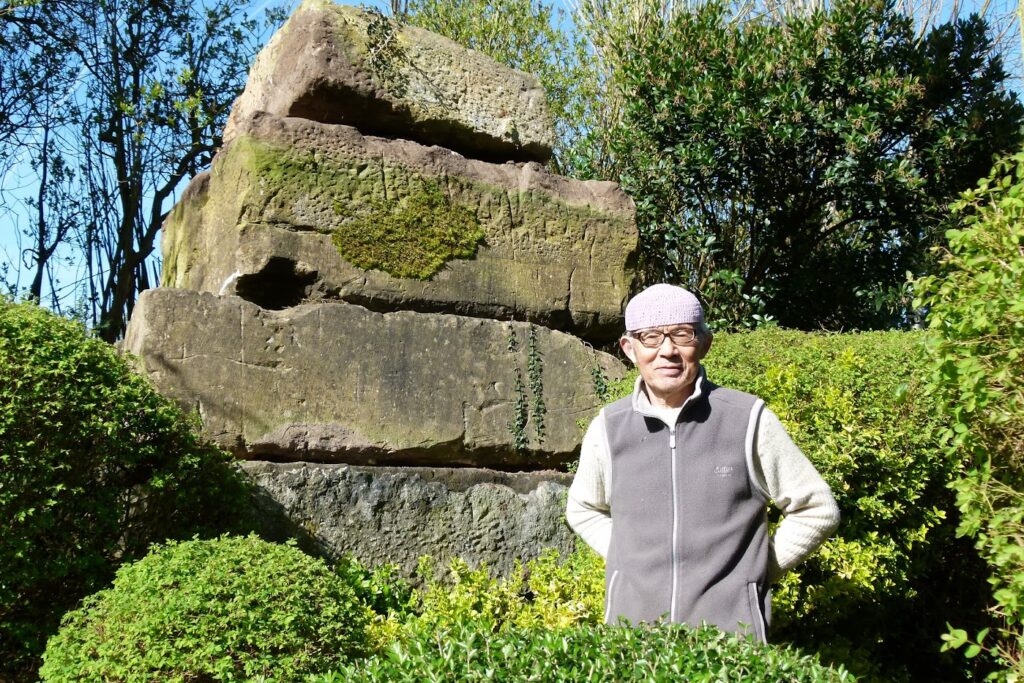 Koji Takeuchi who calls himself Buddha Maitreya in his Japanese garden

“I had never felt able to report the incident officially for fear of being dismissed as a trouble-maker or attention-seeker.

“I am so immensely grateful to that anonymous person who was brave enough to speak out about her own ordeal with Maitreya.

“It is because of her that my voice was unlocked. She courageously paved a very difficult road for Maitreya’s other victims.

“I’d like to end this statement by thanking her – whoever and wherever she is – for her immense act of bravery in coming forward and speaking out.”

Takeuchi’s barrister Kate Chidgey said, in mitigation that Takeuchi had pleaded guilty early in the proceedings and was entitled to a shorter sentence as a result.

Miss Chidgey said that his health had deteriorated since he was jailed two years ago, adding: “He has had issues with loss of hearing. He requires a cataract operation. He has had arrhythmia of the heart and erectile dysfunction.” 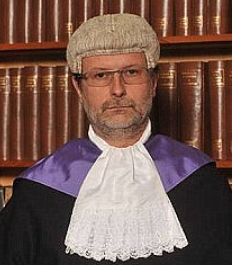 Judge Gold said: “You were holding yourself out as a spiritual leader, gaining the trust of others and being invited into their homes as a result.”

But Takeuchi took advantage of two young girls, the judge said, adding: “That was the most appalling abuse of trust.

“Those families looked to you for spiritual guidance and you repaid them by carrying out the horrific abuse of young girls.”

When you were last before the court, the judge said, reporting of that case prompted others to come forward and report what had happened to them.

He said: “Those events have had a profound effect on their lives. It is perfectly apparent to me that there has been psychological harm.”

Takeuchi was jailed for 14 months each for the two offences committed in Brighton, with the sentence to be served concurrently.

He was jailed for 10 months for the later offence, to be served consecutively, making 24 months in total. 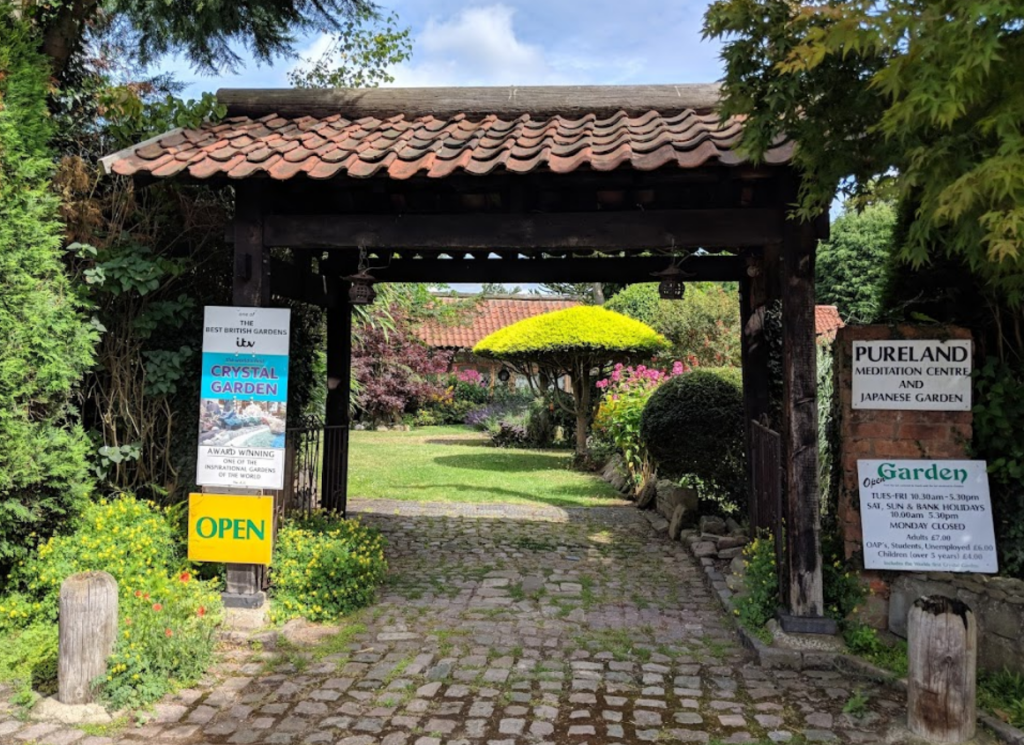 Takeuchi remains the subject of a sexual harm prevention order and a registered sex offender who is barred from working with children and vulnerable adults.

“He also owned a set of Japanese gardens in Nottinghamshire which regularly featured on television programmes and was visited by thousands of people each year.

“But he used these to hide the sexual abuse he carried out on young girls. He ingratiated himself with their families in order to gain their trust to carry out the crimes.

“Takeuchi had a devastating impact on the lives of his young victims. After his first conviction, they showed courage to come forward and report the abuse that happened to them.

“This investigation demonstrates that we will always follow up reports made by victims, regardless of how long ago the events are said to have occurred, to support them and to seek justice for them wherever possible.”

The identities of the victims are protected by law.