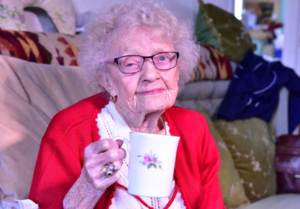 Born in 1920, Brighton through and through, Lily has lived in the reign of four monarchs: George V, George VI, Elizabeth II and now Charles III. “I was born a Royalist,” she says.

The late Queen’s death and funeral are the latest royal events to punctuate her life, along with two coronations, three monarchs’ funerals, five jubilees, several royal weddings – and an abdication for good measure.

Lily remembers the excitement of the coronation street parties in 1936 and 1953. “Tables down the street, flags and bunting and everybody dressed up. Rationing at the time of the late Queen’s coronation made things difficult but the neighbours mucked in and we had a great day. I watched the ceremony on a TV with a 12in screen. I thought it was wonderful.”

Life wasn’t all celebrations and street parties for Lily, who was born in the front bedroom of 16 Baxter Street, off Elm Grove. Like all the houses in the neighbourhood, it had an outside lavatory and no bathroom.

Her parents, both Brightonians, married in 1902. Mum Mary was a laundress and her dad William was in the Royal Navy. Lily had three older siblings, William, Mary and Tom.

“My dad, who was the most placid man to ever wear two shoes, was away at sea for long periods, so it fell to Mum to bring us up much of the time. At Christmas her star turn was singing ‘You can’t get many pimples on a pound of pickled pork’.

“On washing days she wore a cap and a sacking apron to do the wash in the copper boiler. She made lovely cakes, which we took to Lawes, the Elm Grove baker, to bake for 2d. It was cheaper than baking at home. And Mum put our address in icing sugar on top of the cake to identify it.”

Skipping in the street on Hot Cross Bun day was a special event. Two thick ropes in the shape of a cross were turned at the same time. “If you were caught by the ropes, it really hurt,” she remembers.

Lily has vivid memories of the Workhouse at the top of Elm Grove. “The women were separated from the men during the week and slaved in the cookhouse and the laundry. The men worked in the gardens behind the wall that ran down Elm Grove to Hallett Road.

“On race days they held their caps out over the wall for pennies. Children were kept separately from their parents at Warren Farm in Woodingdean and met them only on Sundays when, wearing little red jackets, they were driven up in donkey carts to attend church”.

At that time there was a church, pub or shop on almost every corner of Elm Grove, says Lily. “Next to the Admiral Napier at the bottom was The Cabin, a newsagent, then a shop that sold baby clothes and then Heaseman’s the grocers.

“Mum bought pork sausages for 8 old pence (about 3p today) a packet from Mr Rolf, the butcher on the corner of Bentham Road. Beef sausages were 6 old pence”. 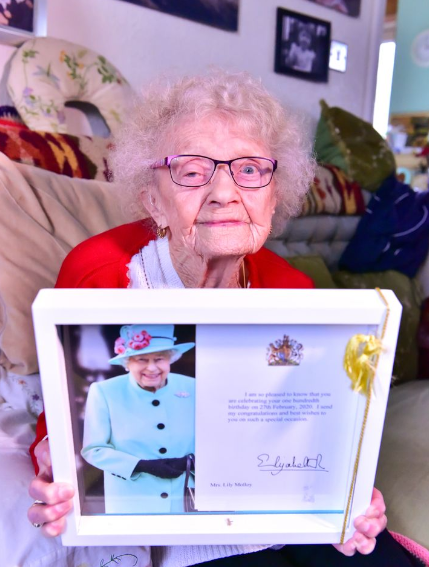 On her 100th birthday, Lily Molloy received a letter from the Queen – Picture by Alexis Maryon

Pocket money was half an old pence a week. In return Lily smashed winkle shells to make grit for the chickens kept in the back garden and cleaned the cutlery with brick dust. It was a short walk to Elm Grove School where she went to primary school and senior school. Senior boys went to St Luke’s.

Leaving school at 14, Lily worked in a baker’s shop, Stacey’s, in Ditchling Road, and Stainer and Leat, in New England Road.

Then came the war – “and Brighton was pitch dark for six years”. In 1940 she signed up as a ward maid in Brighton General Hospital and was there when the wounded were brought back from Dunkirk and the hospital took over the Workhouse building to accommodate them.

After working evening shifts she was paid three shillings (15p) to spend the night fire-watching in her tin hat.

Lily put English, her favourite school subject, to good use during the war. Her future husband, Mickey Molloy, joined the Royal Artillery and asked her to write to him while he was at training camp.

They wrote to each other almost every week throughout the war when he was in the Desert Rats and in the Italian campaign. She still has all his letters.

“He was a friend when he went away, although I had always fancied him. Everything changed when he came home on leave for a month. He went away for another nine months and sent me money to buy two rings. We were married in St Winifrid’s Church, Elm Grove, on 27 April 1946, and lived with Mum in Baxter Street until she moved with us to Colbourne Avenue in Moulsecoomb in 1967.” 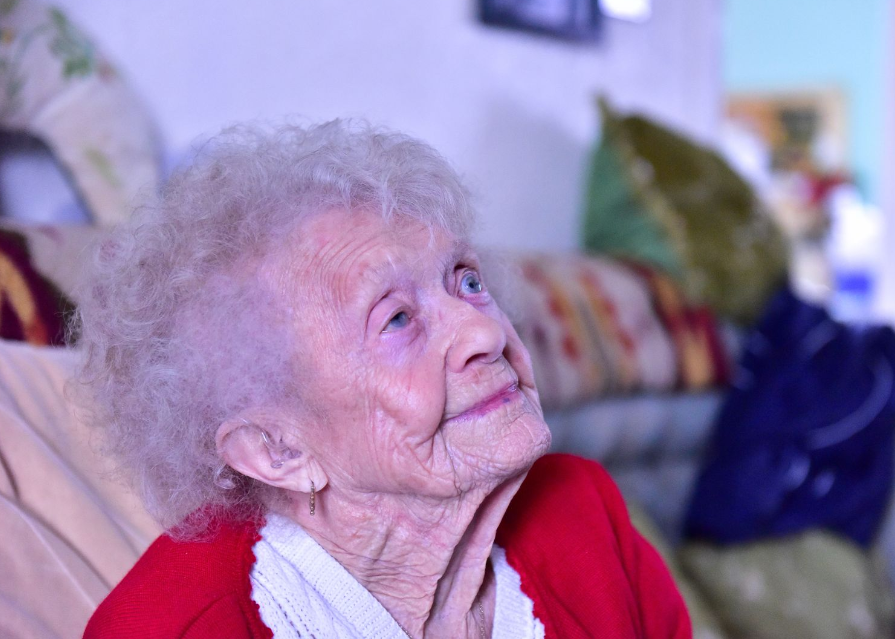 Mickey wore his uniform on their wedding day. Indeed, he spent his working life in uniform. Before the war he was a steward on the Brighton Belle. “His shirts were snow white. His mum was a wonderful washer.”

He drove trolleybuses and buses for 21 years after the war and was an occasional driver for the Brighton Mayor in the 1950s.

Lily combined raising a family with her work at the hospital and then as a tea lady at the Evening Argus, where she is remembered fondly by journalists, including Fred Dinenage, who gave her a special mention on Meridian TV News on her 100th birthday.

Meanwhile, Mickey joined Southern Water as a driver and courier. He died in a road accident in 1983. “I’ve been alone longer than I was married,” she says sadly. 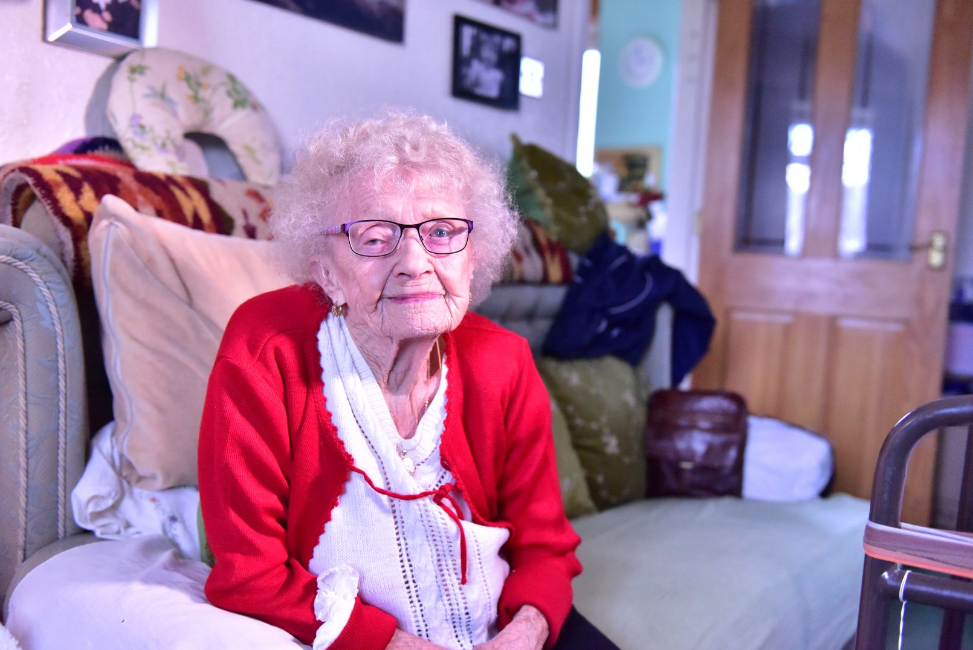 Still living independently in her home of 55 years, with the support of her family and friends, she cooked me a very tasty Welsh Rarebit when I went to see her, and I came away with a box of tomatoes and a pepper grown in her garden and jam made with plums from her tree by a neighbour of 92.

Lily comes from a generation of remarkable, strong and bright women, who raised families, served in the war, in the NHS and other public services without enjoying privilege or wealth. Their story goes largely unsung. Telling hers is my privilege.