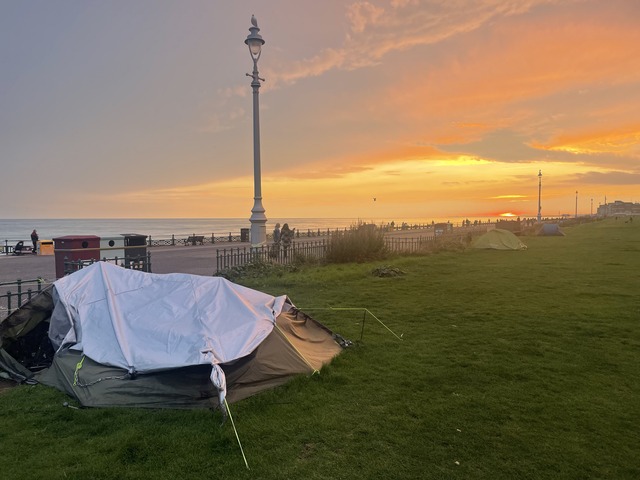 Councillors calling for action to remove tents and move travellers on from public parks were told that the numbers were falling.

Conservative councillors Anne Meadows and Dawn Barnett shared their concerns about tents pitched in Valley Gardens, Brighton, and groups of travellers staying in parks rather than using the transit site in Patcham.

Councillor Meadows questioned whether Brighton and Hove City Council’s adoption of the “Homeless Bill of Rights” had led to a change of policy on removing tents from public spaces.

She said: “I am concerned that this new policy is restricting the ability that officers once had to remove tents and keep parks and public places free for the safe enjoyment of residents.

“Residents’ associations such as the Old Steine Community Association are deeply concerned about the lack of action from the council on tents in this area.”

Councillor Meadows said that tents were pitched in Valley Gardens for extended periods, with the occupiers putting out tables and chairs, contrary to promises that tents would not be permitted.

She spoke out at a meeting of the council’s Housing Committee at Hove Town Hall yesterday (Wednesday 28 September).

Green councillor David Gibson, who co-chairs the Housing Committee, said that the number of rough sleepers was once again on the rise.

This was reversing the progress made during the coronavirus pandemic lockdowns, he said, when the government’s “Everyone In” policy led to empty hotels being used to house the homeless.

And he said that the loss of most “No Second Night Out” beds over the summer had made matters worse but he hoped that these places would be restored.

In reply to Councillor Meadows, he said that there were no plans to reconsider the “Homeless Bill of Rights”.

It includes sections on respecting homeless people’s personal property, such as tents, and not throwing their belongings away.

Councillor Gibson said: “The council will not tolerate unauthorised encampments in the city and tents will be removed as quickly as possible.

“My impression is that the number of tents hasn’t increased over the previous year. It feels slightly less but it is subjective and we haven’t got figures.” 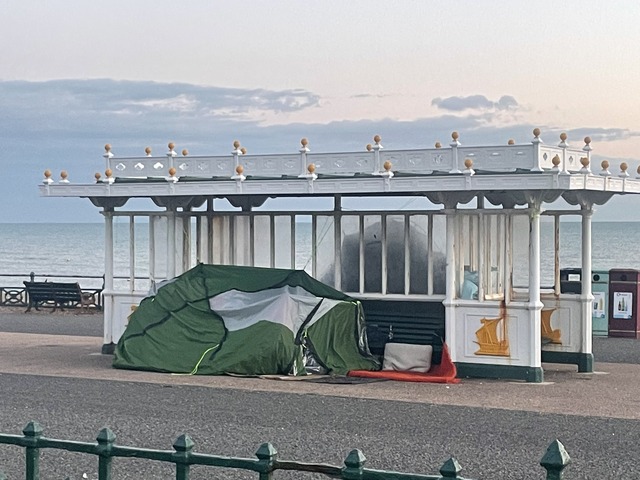 He said that council officials and street outreach workers always tried to work with people in tents to check if they were homeless and in need of help and support.

Councillor Barnett asked what action had been taken recently to direct travellers to the council’s transit site in St Michael’s Way, Patcham.

Councillor Gibson said that the families camped at St Helen’s Park, in Hangleton, earlier this month were asked to move to the transit site.

But they refused to leave the park – known locally as th Green – so they were ordered to leave Brighton and Hove and not return for a year.

Currently, 10 of the transit site’s 21 pitches were available, the meeting was told. This was half the usual number because of covid-19 distancing restrictions. This year, on average half of the plots were occupied. 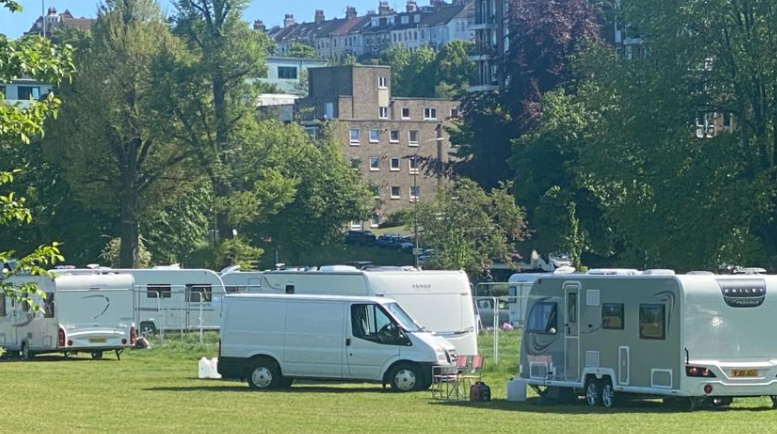 Travellers pitched up in Preston Park in May

Councillor Gibson said that council figures indicated that, since the transit site opened in 2016, unauthorised traveller encampments had fallen.

They went from a high of 123 in 2015 and 79 in 2016, when the site opened, to 18 this year. He added that the average length of an unauthorised encampment was currently three days.