Recovering drug addicts to be housed in old brewery

A former brewery in Portslade Old Village is to become a hostel, providing “medium to high support” for “people with mental health and other needs”.

The hostel is to open, with a 10-year lease, in the Old Brewery which for many years was known as the Le Carbone factory, in High Street Portslade.

The people living there will be funded by Brighton and Hove City Council and NHS Sussex and cared for by a national charity called Saint John of God (SJOG) Hospitaller Services.

SJOG has advertise locally for staff, including a substance misuse co-ordinator on a salary of £31,200.

The advert said: “The service specialises in providing accommodation and support to people who have a mental health diagnosis and / or other disabilities.

“The people we support may also have a history of or ongoing issues with substance misuse and alcohol abuse and experience of trauma.”

People living in the area were expecting the newly revamped site to become upmarket flats and some have reacted with concern – not least with two pubs just yards from the old brewery.

In a Facebook post on Saturday (1 October), Independent councillor Peter Atkinson said: “All four Portslade councillors were alerted to this proposal last week. This was the first we had heard of it.

“Councillor Les Hamilton, Councillor Alan Robins and myself have expressed our extreme concern at the lack of prior notice with local residents around these plans. Les has also asked the planning office if they need to be re-involved.

“We have therefore asked the working group responsible for the scheme to pause and not go ahead with opening the facility until such time as residents and councillors have had a chance to learn more about the plans, raise any concerns they might have and ask questions. We need a full and thorough consultation.

“It may be that any fears we have will be unfounded and that the council and NHS commissioners can reassure us all.

“But we need to give local people the chance to know what the proposals are, meet the organisation who will be running it and explore any issues that they might have. 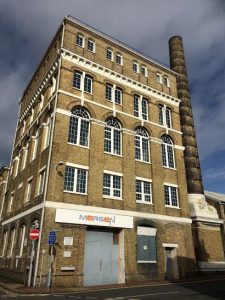 “In terms of what we have been told, it is proposed that there would be 60 units of accommodation for people with medium to long-term mental health problems.

“This is being planned and funded by a joint working group from the local council and NHS commissioners.

“It will be run by a Darlington-based charity called SJOG but the residents will come from two existing local homes run by Sanctuary Housing and Brighton Housing Trust. This means that staff from these two bodies will potentially transfer to the hostel.

“We are also aware that Peter Kyle MP has contacted the commissioning group asking for residents to be fully consulted with.”

SJOG said: “The accommodation will be providing 57 beds for people with a range of mental health or additional needs. They will all hold their own tenancies.

“We are working closely with Brighton and Hove Council on this project.” 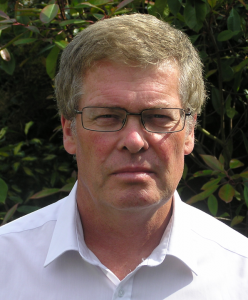 The charity said that there would be staff on duty all day and night every day of the week – and that the site would be monitored with security cameras.

And a courtyard within the site would mean that those living there would not need to congregate in the street, to reduce any risk of annoyance to neighbours.

SJOG was also considering holding an open day so that members of the local community could have a chance to see the service.

The council, NHS bosses and the charity were understood to be trying to start the service this month or by Tuesday 1 November.