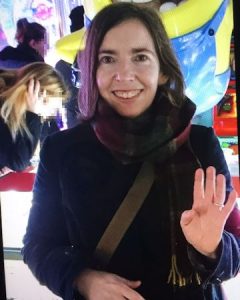 A Brighton woman has been missing for more than five years and today Sussex Police issued a fresh appeal in the hope that it might help find her.

The force said: “It is more than five years since Gillian Affleck was reported missing from Brighton but the investigation into her disappearance continues.

“Gillian was last seen at her home in Patcham on Wednesday 23 August 2017.

“She had gone out for a walk but did not return home before being reported as missing on Thursday 24 August.

“Police have been searching tirelessly for Gillian since that day and, just over five years on, are once again appealing for any information which could help locate her.

“At the time of her disappearance Gillian was described as being 50 years old, white, 5ft 6in, of medium build and with shoulder-length brown hair.

PC AJ Funnell, of Brighton and Hove’s Missing Persons Team, said: “When Gillian was reported missing five years ago an investigation was immediately launched into her disappearance and our commitment to finding her has not dimmed.

“Anybody who has any information which could help with the investigation, no matter how small you may feel it is, please report it to us online or by calling 101.”