Man arrested for arson after Mercedes torched in Hove 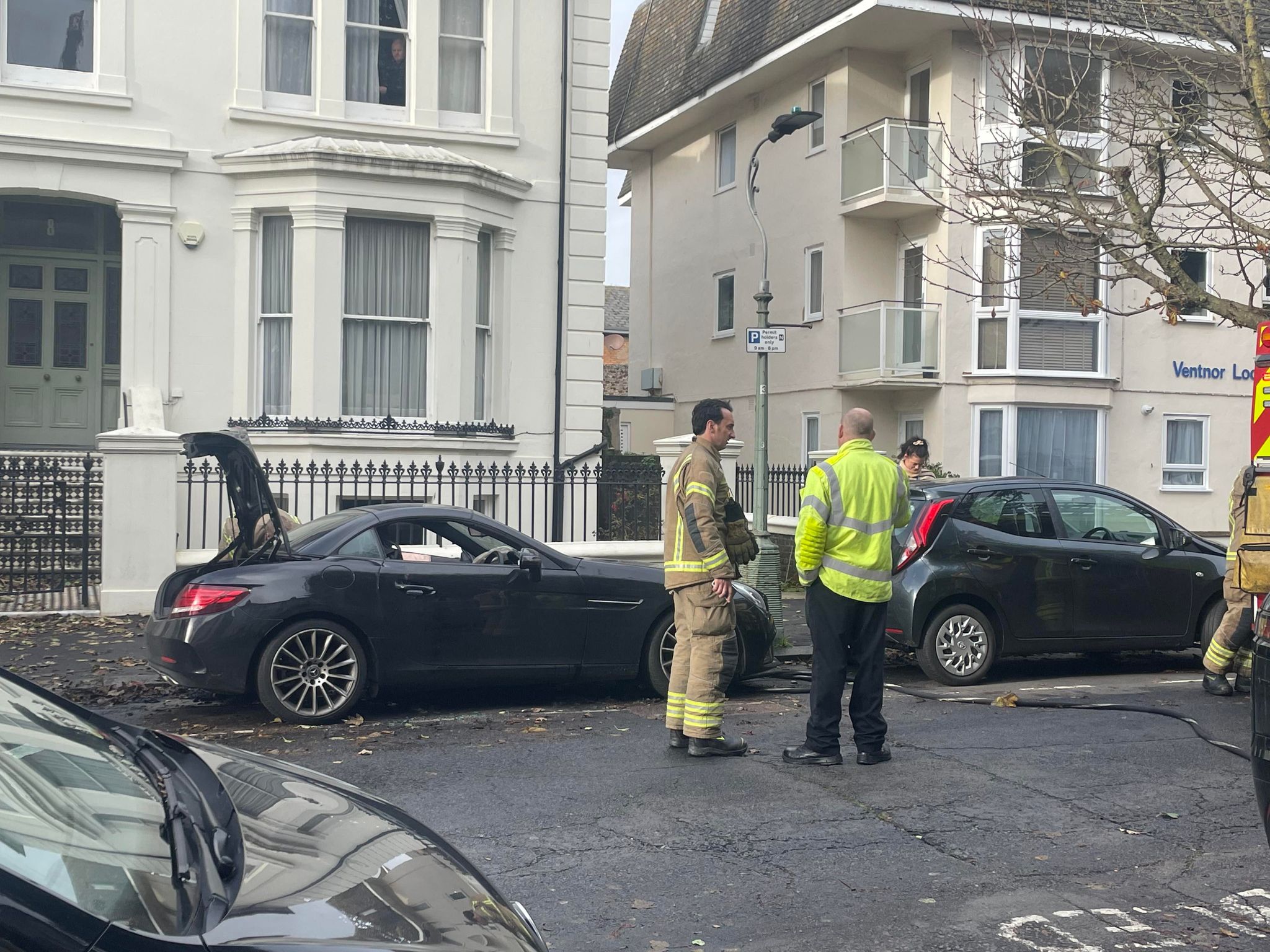 Firefighters by the Mercedes in Ventnor Villas. Picture by Caroline Penn

A man is being questioned on suspicion of arson after a Mercedes was set alight in Hove – just two days after another car was torched in the same street.

The black Mercedes Benz SLC was set on fire in Ventnor Villas shortly after 11am today. Emergency services were called, and the Brighton man arrested at 11.22am.

Another car was set on fire on Tuesday shortly after 9am. It is not known if the two blazes are being linked. Both are believed to be deliberate.

East Sussex Fire and Rescue used breathing apparatus and a hose reel jet to put out both fires. There were no injuries with either.

Anyone who witnessed the incident or saw somebody acting suspiciously in the area in the time leading up to it is asked to report to Sussex Police, either online or by calling 101 quoting serial 436 of 24/11.