Police are offering a £500 reward as they hunt for the man suspected of carrying out a serious attack in Southwick more than a year ago.

Sussex Police said: “The incident reportedly started on the eastern side of Southwick Green in the early hours of Sunday 26 September 2021 and continued near the junction of Victoria Road and Park Lane.

“Stinton is known to have links to the local area in Southwick as well as in Lancing and Brighton. However, it is believed he may be residing in the Islington area of London.”

In October, the police said: “Officers initially made four arrests in connection with the incident and they are keen to speak to Stinton, 38, as they believe he has information that could assist with their inquiries. 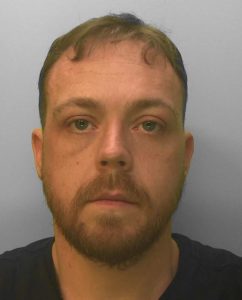