Each candidate has answered questions about local issues and why they want to represent the ward. Below are the responses from Bella Sankey.

I was born and raised in our beautiful city and I want to give something back. The Tories have decimated basic services and, under the Greens, the city is stagnating. Labour has the values, vision and policies to turn things around and I want to play a part in that.

I’m a trained lawyer, charity director and human rights campaigner. I’ve dedicated my life to serving others and I’ve achieved a huge amount. I want to bring those skills into politics and carry on improving people’s lives. I’m a hard worker and I know how to get things done.

I live over the border in Hove Park ward but I spend a lot of time in Wish.

I will make basic services, such as weeding, rubbish and recycling collections, a priority. I will campaign against building projects that spoil our seafront and support regeneration, including with gardens and green spaces.

The Tories’ deregulation agenda for the country means ludicrous proposals like “Aldrington Wharf” are ripping the fabric of our communities apart. I would work with residents to stop this development which is too tall, too dense, offers no affordable housing to address the city’s housing crisis and would put an intolerable burden on basic services.

The Labour Party is committed to creating homes that are really affordable to rent and buy. We will rebuild our council housing stock and bring homes back into the ownership of local councils. We will tilt power back to private renters and first-time buyers.

Our public toilets are in an appalling state and the closures are unacceptable. The Tories have cut £100 million from our council budget and the Green administration doesn’t bother prioritising basic services. I support the building of a new toilet block as part of the Hove seafront regeneration. 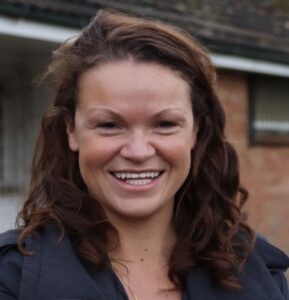 Labour would recruit more manual weeders, invest in the right tools and use non-harmful weedkillers on our pavements. We need to do this now.

We need an integrated transport system to promote environmentally friendly travel. This cycle lane will deliver a safer, protected cycleway and help to reduce cycle traffic on the narrow pavement but planning decisions need to be joined up and the new cycle lane should replace the one on the pavement.

I’m a Labour candidate because I believe we can improve people’s lives. As a councillor, I’ll help shape Labour’s policies to reflect local concerns and deliver for our community. I don’t think merit and party allegiance will be in conflict.

I’ve been out speaking with residents across the ward, from St Leonard’s Road to the Ingram Estate, most days since I was selected as Labour’s candidate. I love people, I love the diversity of our community and I love community-building so I take pleasure in this part of the role.