Each candidate has answered questions about local issues and why they want to represent the ward. Below are the responses from Patricia Mountain.

I want to stand with the local community against the politicians of the entrenched legacy parties. Government cuts have had a detrimental effect on child and adult social care. I would seek to ensure that all available funds will be used to provide public services that people can rely on.

I believe that best decisions are local decisions. Community groups and volunteers are often more capable to run facilities and services than the state. I would work to support, empower and energise local groups.

I do not live in the ward.

A building programme of council homes, prioritising local people, putting an end to queue-jumping by those from outside the area. This is a “City of Sanctuary”, housing and taking care of those “new to the area”. Why, when they cannot meet the housing needs of local people? 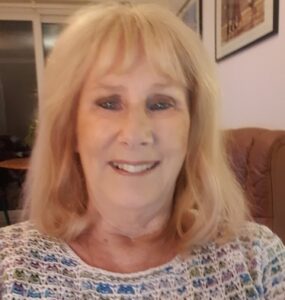 It is appalling that public toilets are so far down the agenda for this council. I would want to see public toilet provision increased, with more disabled access and more changing facilities for children and adults. Section 106 infrastructure monies received from developers may be one way to fund this.

I would encourage the public to report any hazard caused by poor maintenance, in particular, of the trees lining our roads. Uneven pavements, often inadequately illuminated at night, represent a danger to all. I believe in people power. Local councils should exist to serve communities not just spend residents’ money.

I cannot support bus and cycle lanes which are largely unused and cause tailbacks in the remaining lanes. Cyclists have dedicated lanes of their own and pay nothing. How can this be fair? Cyclists and motorists need to share roads and all pay towards road maintenance.

The community is “boss” and UKIP councillors are free to use their own judgment to serve the wishes of those who elected them. The UK Independence Party will not apply the whip to its councillors and will give its elected councillors freedom to vote how they choose.

UK Independence Party councillors are seen to be more practical and work harder than legacy party politicians. Having said that when canvassing the ward, it was very clear that the sitting Conservative councillor in this ward is highly respected and his hard work is appreciated.