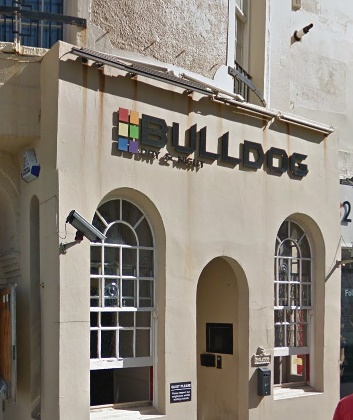 The owners of Brighton’s oldest gay bar say they are “distraught” after closing its doors for the last time last week.

Peter Gretton and Sam Pink who have been running the Bulldog in St James’s Street since 2018, said that a double whammy of the coronavirus pandemic followed by the economic crisis had forced their hand.

The LGBTQ+ venue, which first opened in 1979, also raised thousands for the Brighton Rainbow Fund, which presented it with a Community Fundraising Champion Award just three weeks ago.

Mr Gretton said that the pandemic had had a huge impact, not just the loss of trade during 46 weeks that it was forced to close but also the impact of social distancing and staff isolating once it reopened.

He said: “To then be hit with the current economic climate it has taken its toll unfortunately, like so many other businesses.

“We vacated the premises last Thursday and have no idea what the landlord’s plans are for the future.

“Sam, myself and our team are very proud of what we have achieved providing an LGBTQ+ safe space over the last four years.

“It is extremely sad that this chapter has come to an end, but we are both feeling very positive about the future and our continuing success providing the LGBTQ+ community love and support.”

The announcement on Facebook said: “We are distraught to inform you all that we have had to come to a very sad and emotional decision.”

It added: “This isn’t the end of our story, just the beginning of another chapter.

“But for now this is the All New Bulldog Brighton, the Heart of Gay Brighton saying good night, stay safe and get ready for what’s coming next.”

“They recognised the benefits of raising funds to be distributed by Brighton Rainbow Fund according to need to many different LGBTQ+ projects across the city benefitting many among our community who perhaps don’t get a look in when fundraising is just for a single charity.

“We’re sad that, despite all their hard work, the current economic climate has meant that they have had to close their doors.

“We’re grateful on behalf of all those we are able to help with grants and wish them well.”

The bar narrowly avoided being closed in 2015 after police asked for its licence to be revoked because of concerns over violence, underage drinking and serious sexual assault.

Its then owner Hard and Slow Ltd, owned by Dean Holmes, put the leasehold of the pub up for sale for £1.1 million.

A 15-year lease was bought in 2018 by Almond Gibson Ltd which is owned by Peter Gretton. Hard and Slow still retains the freehold.