Brighton has highest rate of private rental homes outside London 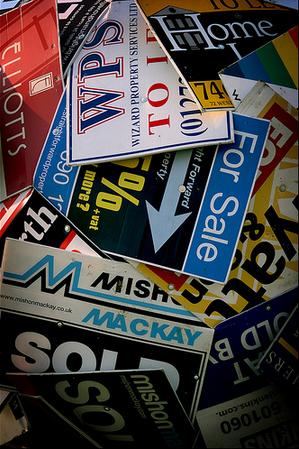 Almost one in three Brighton and Hove homes are privately rented, the highest rate outside London, new census figures show.

The city’s housing market also has the highest proportion of one-bedroom households (24.7 per cent) and the lowest of whole houses or bungalows (49.9 per cent) in England and Wales outside the capital.

When calculated against the total number of rooms rather than just bedrooms, this rises to an over-occupancy rate of 11.5 per cent – possibly due to the number of HMOs and studio flats.

Of the rest, 50 per cent are flats and 0.1 per cent caravans or other temporary structures.

Tenure responses show that 25.1 per cent of houses are owned outright, 27.2 per cent owned with a mortgage, loan or shared ownership, 14.9 per cent are socially rented (9.5 per cent from the council) and 32.9 per cent are privately rented or living rent-free.

The house breakdown is 10.3 per cent detached or bungalows, 19.7 per cent semi-detached and 19.8 per cent terraced.

A spokesman for Acorn, a union which represents private tenants, said: “The huge number of Brighton & Hove residents in rental accommodation highlights the need for urgent action from the Council to protect renters from rogue landlords.

“With such a premium on housing in the city, renters are left vulnerable to outrageous fees and dodgy landlords, with little or no security or protection provided by the authorities. This must change.”

And it has the highest rate of households without a car or van in the south outside London – although this has fallen slightly since the last census, from 38.2 per cent to 37.4 per cent.

However, the total number of households responding to the census fell slightly, from 126,827 to 121,402 – but this is almost certainly because it was conducted in 2021 during lockdown, when many students were not at university.

Lockdown also means that data on how people were travelling to work then is hugely different to the previous census in 2011.

In March 2021, when the government was still telling people to work from home where possible, the number of respondents doing so had jumped more than fivefold to 42.7 per cent.

Roddy Crockett, partnerships and public affairs manager for the south east of England at Sustrans said: “We should continue to make Brighton and Hove a place where everyone can thrive without needing access to a car for essential day to day travel.

“For example, we have Sustrans Bike-It Officers who help support young people to travel independently to school.

“The more we can help households thrive without needing a car the quicker we will reach net-zero, save money and live healthier lives.”

Just 0.2 per cent responding have purely renewable central heating, but another 0.4 per cent have some kind of renewable heating and 1.6 per cent are part of a district or communal heat network.