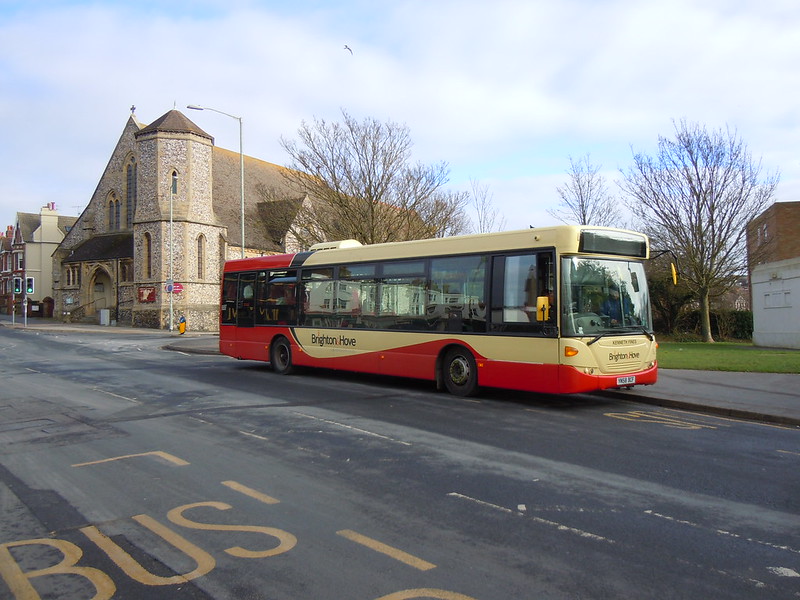 18 bus at the Pepperpot by Matt Davis on Flickr

A popular bus route linking Hanover and Hove is to run half as often because most passengers only use it to go up the hill to Queen’s Park and not down.

UPDATE: The planned changes are now not going ahead – for now.

From April, Brighton and Hove Buses will only operate the number 18 every 30 minutes – and it will no longer go to Brighton Station or Seven Dials.

Instead, it will replace the 21A’s route from Churchill Square to Goldstone Valley.

And the 21 and 21A will be merged into one route, the 21, which will run from Churchill Square to Brighton Marina every 15 minutes.

Meanwhile, the 37B from Meadowview to the Bristol Estate (the latter of which runs between Queen’s Park and Brighton Station) will run on Sundays for the first time, roughly once an hour until early evening as from Monday to Saturday.

The plans to cut the frequency of the number 18 are being opposed by Brighton Area Buswatch.

“Brighton and Hove Buses claims few people use the current service and it makes a loss.

“They admit buses can be busy in the afternoons between St James’s Street and Queens Park but say all the passengers go one way (up the hill) and buses towards the city centre are lightly used all day, mainly because people walk down the hill.

“Buswatch has objected to the cuts to the Queens Park service and has submitted alternative timetables which retain similar frequencies, with options to retain the links to Brighton Station and King George VI Drive in Goldstone Valley.

“We will continue to press for a better solution.”

Two pedestrian crossings are due to be put in on Elm Grove at the junction of Hampden Road and Bonchurch Road, which will make it safer for people using the 21 and 22 buses to walk into Hanover after travelling uphill.

Brighton and Hove Buses has been approached for comment.