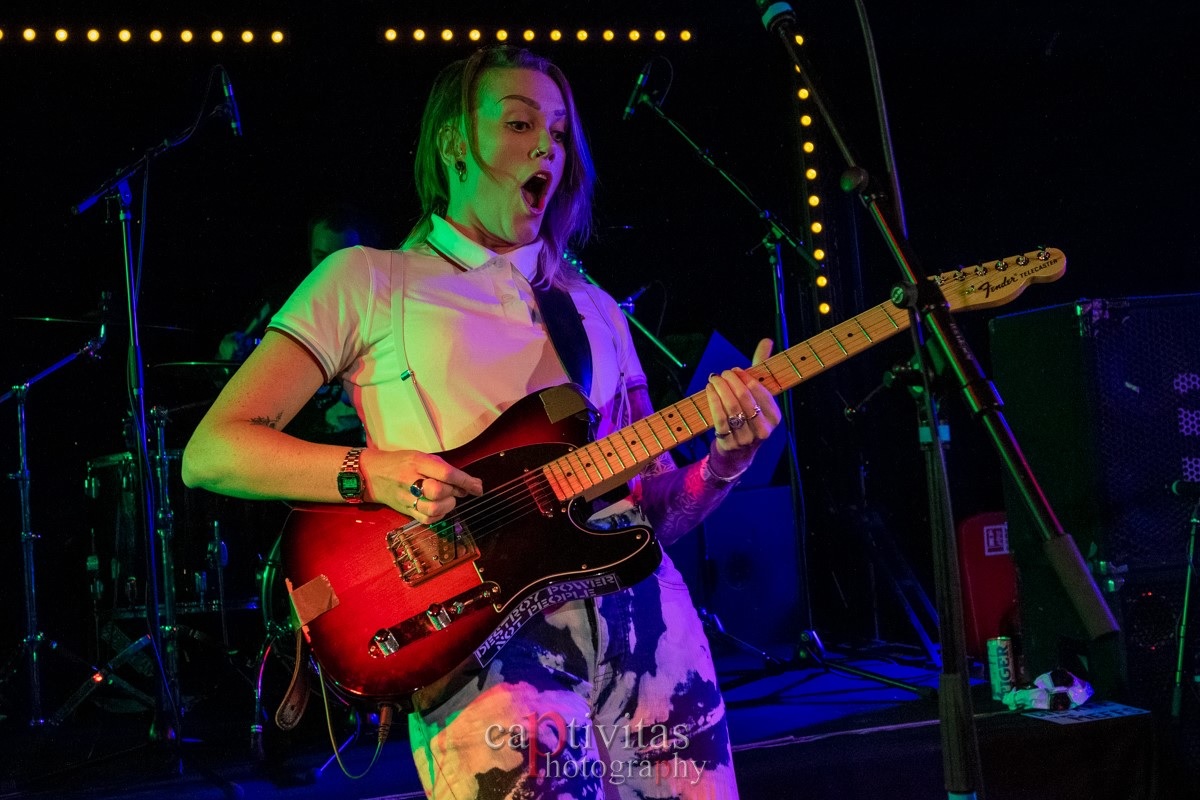 The Meffs are heading our way – you’ve been warned! (pic Nick Tutt)

Since exploding onto the UK scene in 2019, The Meffs – aka Lily on vocals/guitar and Lewis on drums/backing vocals – have built up a reputation as purveyors of frantic punk bangers and an absolute must-see live sensation. 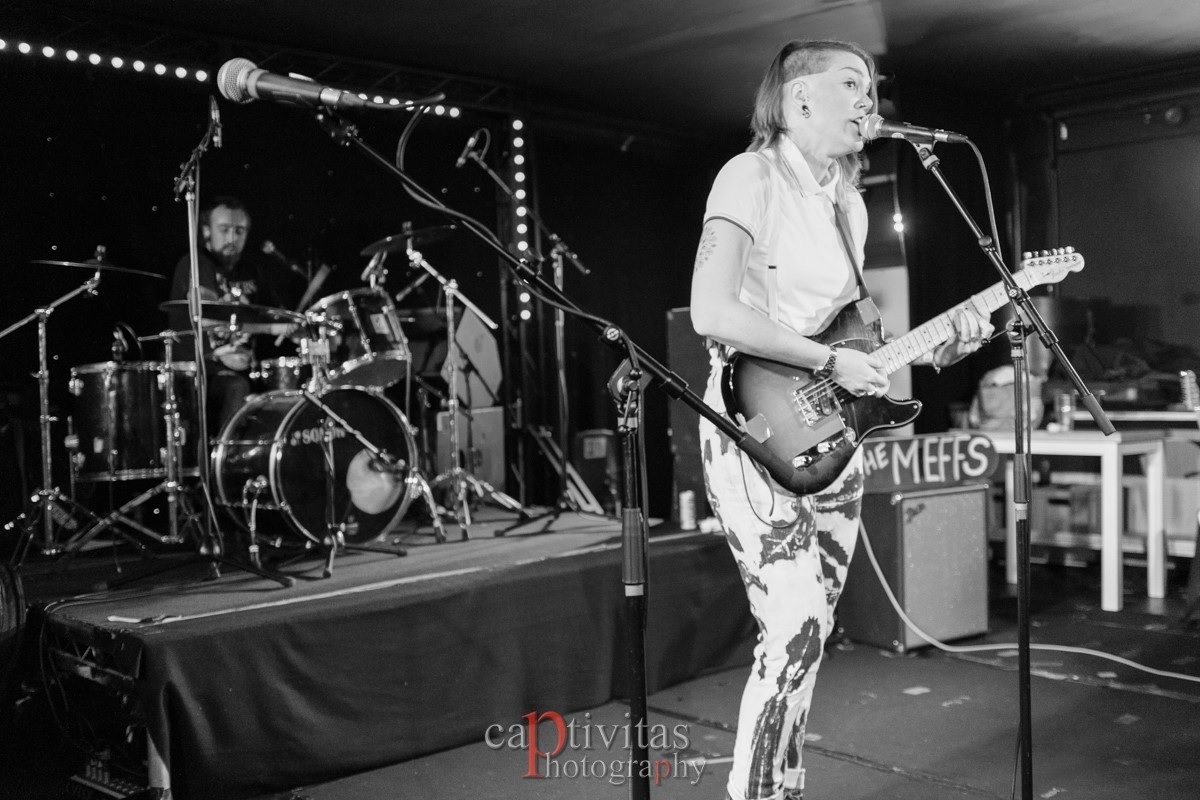 Their self-titled debut album was recorded in 2019 and dropped on 11th April 2020. Six of the ten numbers came in at two minutes or less, so I’m sure you’ll have an idea what they sound like.

Last March they released their ‘Lockdown Singles’ EP, which was followed in December by ‘Broken Britain Pt.1‘ via Fat Wreck Chords. This was recorded by Frank Turner in early 2022 and “It’s an absolute monster”. 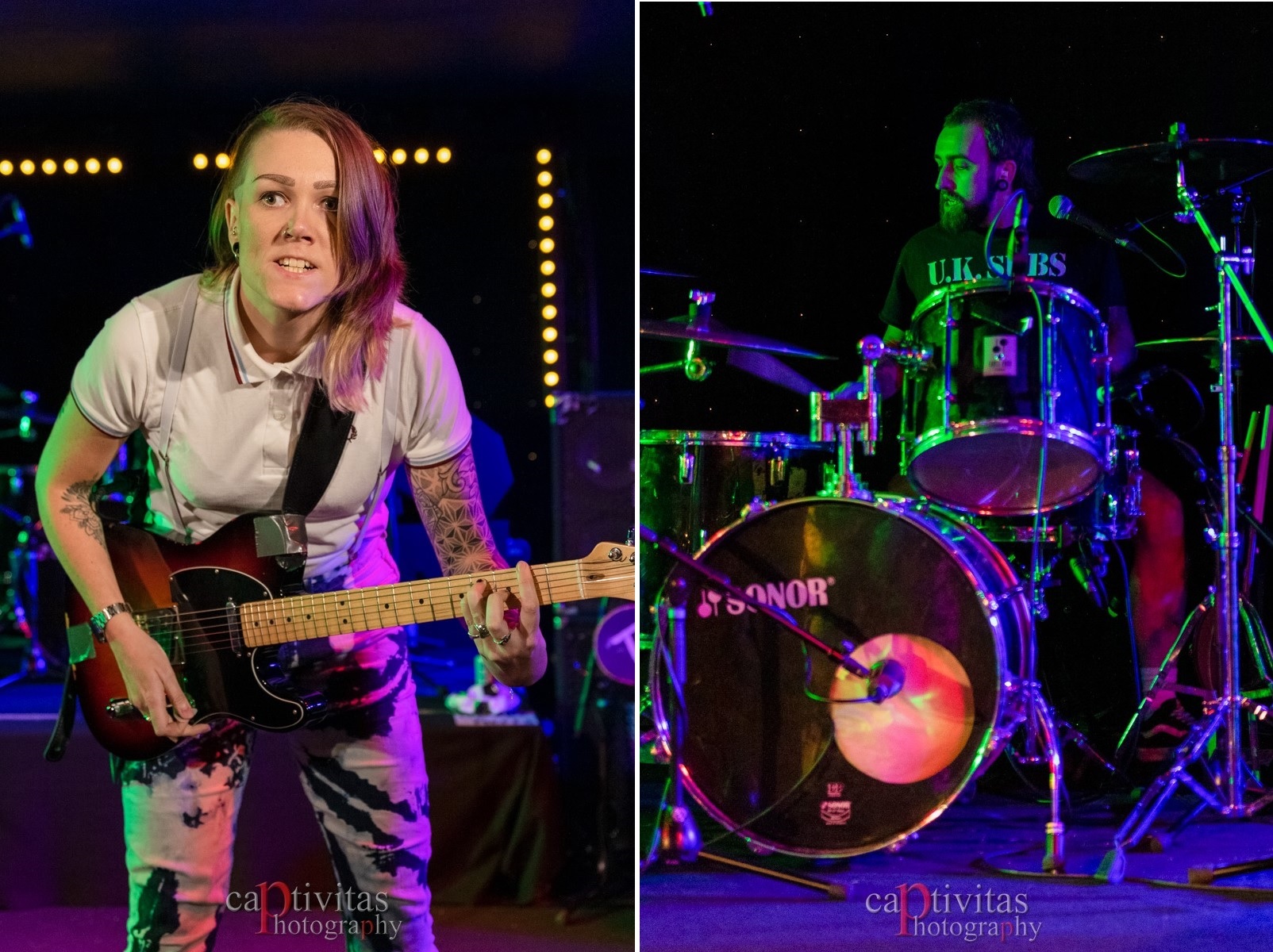 The Brighton & Hove News witnessed a live set from The Meffs back on 30th September last year, where we commented thus:

“Next up it was the turn of The Meffs who are not to be mixed up with The Muffs. Tonight’s Meffs are a duo from Essex made up of Lily on vocals/guitar and Lewis on drums. After the first song, Lily struck a chord and asked the audience to move in further to the stage. No-one moved, but Lily held the chord saying she could see people’s feet edging forward and she could hold it all night as it was the only one she knew; very interactive with the audience.

Lily had a maniacal look and dressed as though she had been in “This Is England” (if you haven’t seen it, why not?) – bleached jeans, Fred Perry’esque polo shirt and white braces. Lily played every track with the same vigour never missing a chord. Reminiscent of Rudimentary Peni from the early 80s, they carried forward the same energy and sound, with the anger of the youth, which still resonates with original fans of the genre with those coming along in their wake”. 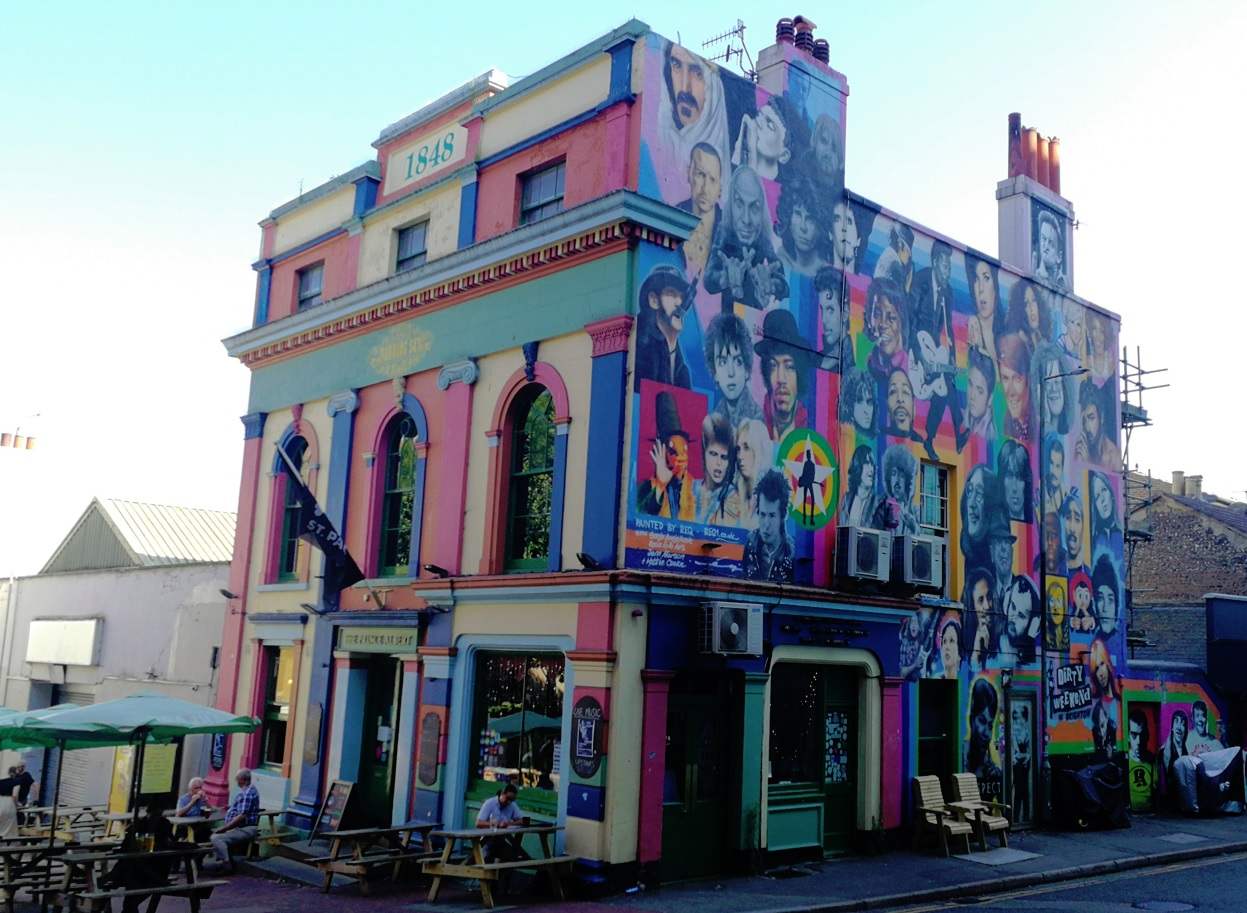 Today the duo have announced their first ever headline tour which will see them playing 10 dates throughout the country this coming May. It is titled the ‘Broken Britain tour’ and will kick off in Bury St. Edmunds on the 6th, before heading south to play The Prince Albert here in Brighton on Monday 8th May, courtesy of promoters JOY.. From here they head off to rock joints in Cardiff, Glasgow, Newcastle, Blackpool, Manchester, Norwich, Birmingham and finally London. Tickets for all concerts will be going on sale from 10am on Friday 27th January. Keep an eye out for them via this link themeffs.com/live-dates 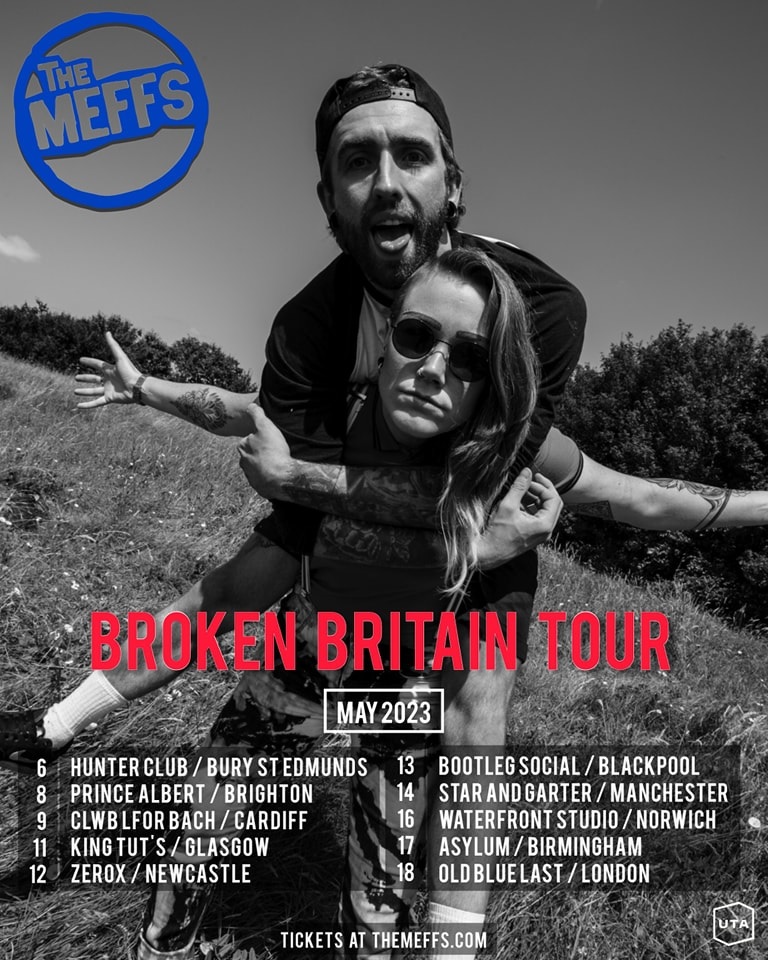